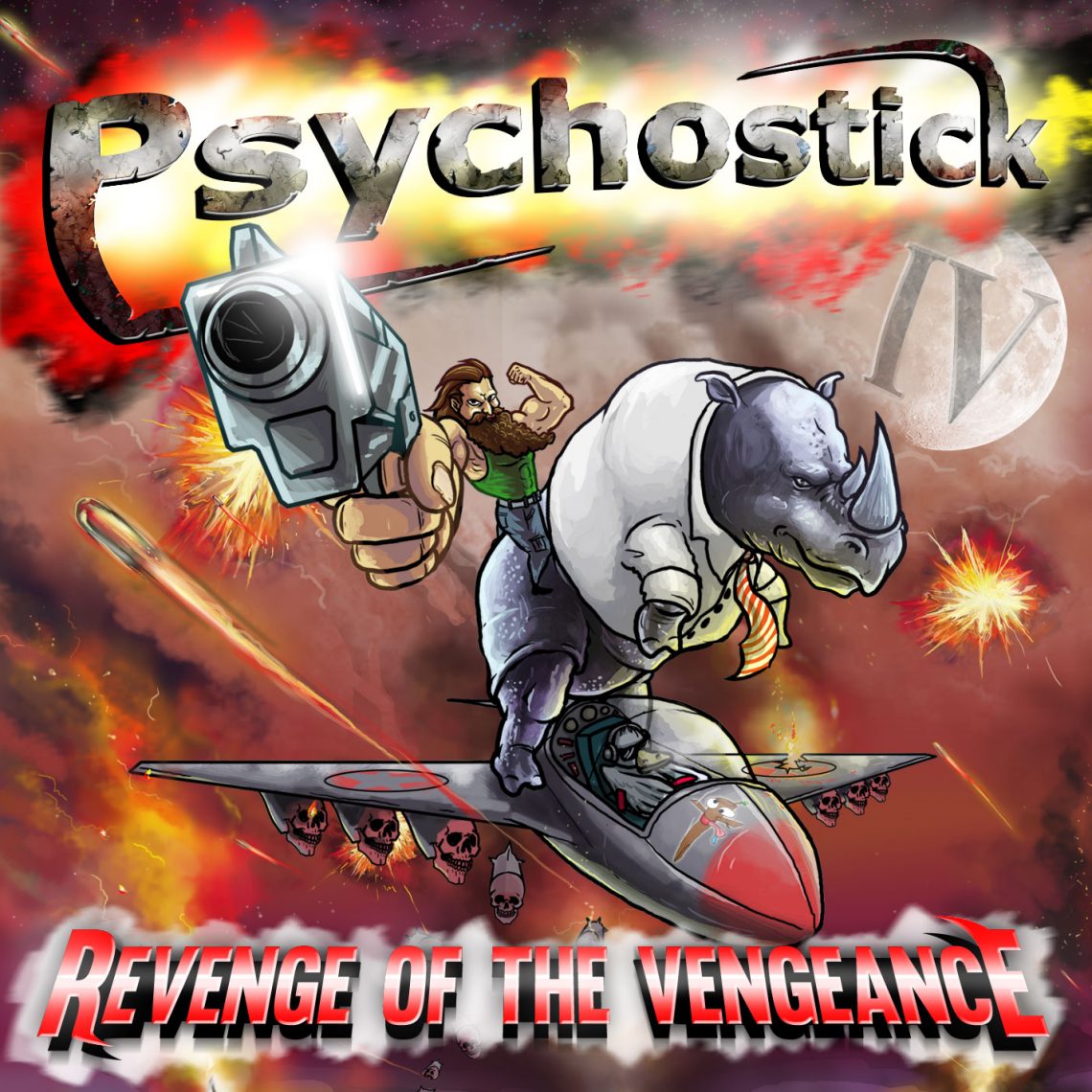 Psychostick’s top 10 uses for a beard. Check it out on Metal Hammer UK here.

Kicking off the UK leg of  ‘The Ugly Americans Tour’ with Dog Fashion Disco this week, PSYCHOSTICK confirms they will continue the USA leg in October at the following the dates below. The tour is in support of PSYCHOSTICK‘s latest album ‘IV: Revenge of The Vengeance’ released last November on Rock Ridge Music. The album features 21 tracks of pure rock comedy genius with titles such as ‘Obey The Beard‘, ‘Dogs Like Socks‘, ‘Quack Kills’ (a song about Anatidaephobia: The fear of being watched by a duck), ‘Bruce Campbell’ (a tribute to the 21st century’s most beloved action hero), ‘NSFW’ featuring Bill Manspeaker (founder of Green Jello), a spoof cover of Kenny Loggins’ ‘Danger Zone’ and many more! There’s no wonder why these guys are the kings of parody metal!

‘Revenge of The Vengeance’ is available on iTunes here, all major online retailers plus the band’s online store here.

Harnessing their crazy sense of humor and love of all things metal, vocalist Rob “Rawrb” Kersey and guitarist Josh “The J” Key joined forces with drummer Alex “Shmalex” Dontre and bassist  Matty J “Moose” to create Pyschostick, a band they’ve coined as humorcore. With hilarious lyrics, heavy riffs, notorious stage antics and high-energy performances, the band has caused millions of laughs around the world and hundreds of mosh pits across the US of A, often simultaneously, since its birth in Phoenix, AZ in 2000.

Now residing in Chicago, IL, with four full-length albums behind them – “We Couldn’t Think of a Title” (2006), their holiday album “The Flesh Eating Rollerskate Holiday Joyride” (2007), “Sandwich” (2009),  and “Space Vampires vs. Zombie Dinosaurs in 3D” (2011), the almost 100 percent do-it-yourself laugh factory, Psychostick returns with their signature sound (Chimaira, Machine Head and Hatebreed sexing Tenacious D and Weird Al Yankovic) to showcase their latest offering, the crowd funded album ‘IV: Revenge of The Vengeance’ (fan thank you video) due out on November 4, 2014. Featuring a hilarious track listing that includes previously released singles the beard anthem ‘Obey The Beard’ and popular ‘Dog Like Socks’ plus new tracks such as ‘Quack Kills’, ‘So. Heavy’, ‘Blue Screen’, and a tribute to the 21st century’s most beloved action super hero ‘Bruce Campbell’. Psychostick are crazy to share with fans many more comedy sing-a-longs on the road and more!