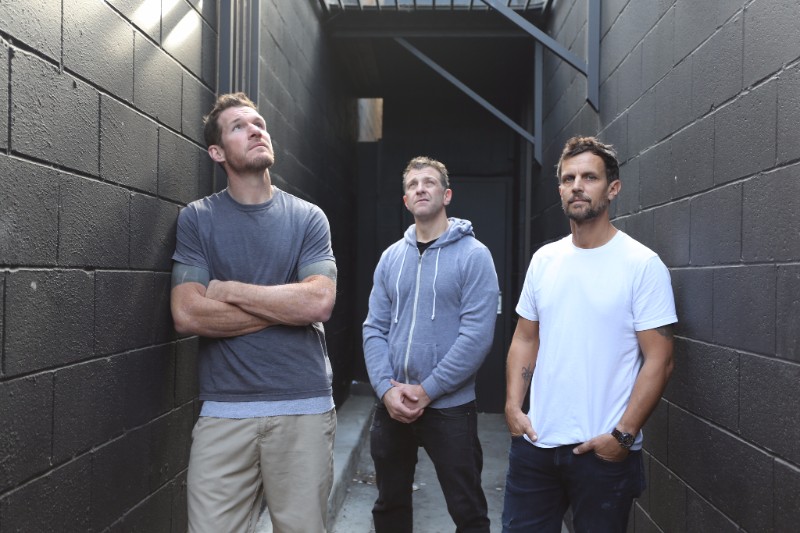 Rage Against The Machine bassist and former Audioslave member Tim Commerford has formed a new punk and hardcore influenced band – WAKRAT – who will be making their UK debut at the Reading and Leeds festivals.  In addition to Commerford, who sings and plays bass, the group consists of drummer Mathias Wakrat and guitarist Laurent Grangeon.

Commerford said “With Wakrat, we’re a band, and we’re going to play all the time, and we’re going to pay our dues the old-school way. This is the kind of music that I grew up on and always wanted to do. It’s the same feeling as 1991 when Rage Against the Machine first started playing. It felt uncomfortable and doesn’t feel right, and I love that feeling. I am enjoying myself right now on a musical level more than I’ve ever enjoyed myself in my entire career. It’s incredible that I’m saying that; it’s a beautiful thing.”

Whilst WAKRAT finish recording their debut album, they’ve just launched their first video for the track ‘Knucklehead”. Premiered by Q Magazine yesterday,the song is as dark as the video is epilepsy-inducing,  a blurry disorienting clip, shot at the  group’s rehearsal studio using cameras attached to drones and GoPros.

Commerford reveals that writing the song “Knucklehead” was very cathartic: “I’ve been dealing with some very deep, dark family stuff in the last year, stuff that left me in tears. I spent a lot of time crying in the last year and feeling trapped and alone. That’s what ‘Knucklehead’ is about. Sometimes the dark side spawns incredible things, and the music came from that.” He continues, “It’s the ray of sun at the end of the day. I went through some deep s–t that I hope I never go through again, but look what came from it: this incredible opportunity in music that I love. The scream at the end of the song makes me feel like I’m just putting my face in a pillow and screaming my guts out.”

More dates are likely to be added – watch this space!
www.wakratband.com