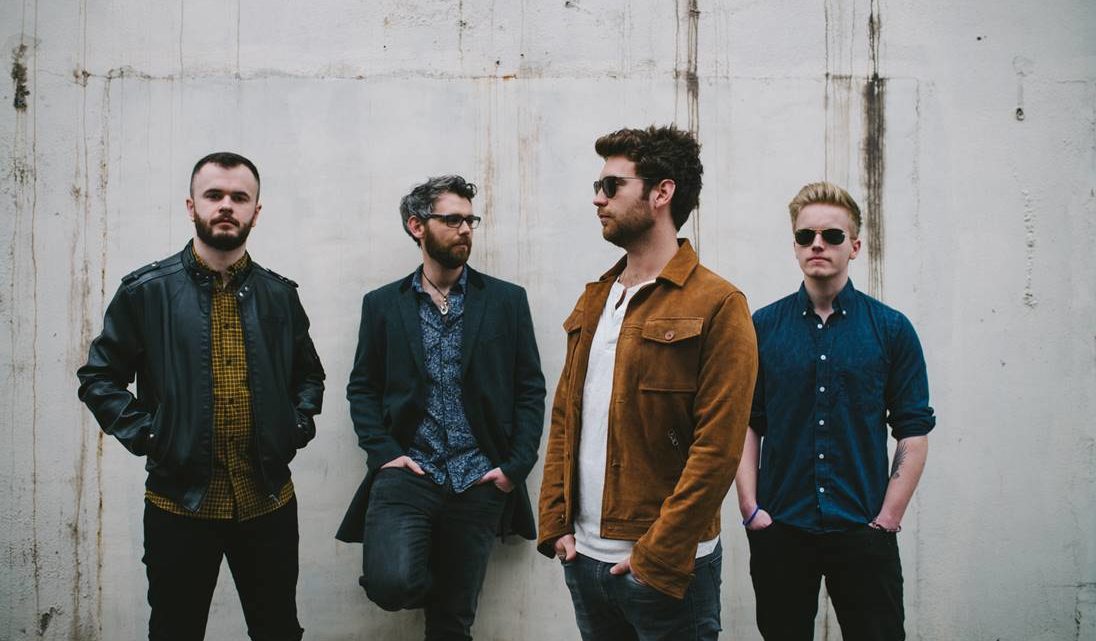 Rock ‘n’ Soul-inspired Rainbreakers are releasing a brand-new live video, of their song ‘Ain’t Nothin’ Going On‘: a video they worked on with multi-talented fellow bluesman Kris Barras.

Guitarist and lead vocalist Ben Edwards explains, “I have been wanting to do a Live in Studio video for a while so it was great to finally do one. The whole shoot was so much fun and getting to work with Kris Barras and Josiah Manning was such a cool opportunity for us. Performing live is massively important to us, so having a live video, I think, will really help people get our vibe and let them know what to expect from our live shows.”

‘Ain’t Nothin’ Going On’ is an original song, written and performed by Rainbreakers. The track was recorded, mixed and mastered by Josiah Manning at Momentum Studios. Josiah is the studio/producer for the Kris Barras Band’s albums.

The video was actually filmed and edited by Kris Barras himself, a man of many talents (including being one of the UK’s most exciting Blues-Rock guitarists!). Rainbreakers have supported Kris on tour and it was a pleasure for the band to work with him again, in a different context drawing on his skills as a film-maker.

Watch the ‘Ain’t Nothin’ Going On’  video and you’ll see the 4-piece Rainbreakers performing live in studio as they record. Ben Edwards sings with soul and plays with gusto, and there’s some tasty lead guitar and bass work going on from the talented Charlie Richards and Ash Milburn, along with powerful drums from Ben’s brother Sam. As Skid of MMH(Midlands Metalheads) observed, “Having seen Rainbreakers perform at Ramblin’ Man Fair, both song and band tip a nod to the late, great Stevie Ray Vaughan. “ Classic Rock Magazine also described the Rainbreakers music as the mix of “70’s meets garage rock”.

‘Ain’t Nothing Going On’ is the signature song of Rainbreakers’ full-set UK headline tour in November 2019. Autumn will a super-busy season for the hard-working outfit, who will also be touring the Czech Republic in October and early November.

As guitar wizard Charlie Richards puts it, “As the tour draws closer, we are getting more excited to see our fans out on the road. We even have new material to share with everyone and we just can’t wait to start playing them live! We have a large run of headline shows up and down the UK, which is amazing, and to be heading across to the Czech Republic for two weeks and then hitting the UK immediately afterwards will put us in incredible shape and we’ll be in full swing, all guns blazing!”

Rainbreakers have been playing to capacity crowds at iconic venues such as The 100 Club, The Borderline, The Sage, and Rock City. They’ve supported artists like The Kris Barras Band, Wille and the Bandits, and Alabama 3. What’s more, performances at festivals like the Great British Rock and Blues Festival, Wilderness Festival, and Ramblin’ Man have seen the band receive rave reviews and many an accolade, including nominations for the UK Blues Challenge and ‘Best Emerging Artist’ in The British Blues Awards, affirming Rainbreakers’ standing as a band to watch.

Check out Rainbreakers for yourself with the new video, their Face to Face debut album, and the band’s eagerly-awaited debut headline tour. Aint’ Nothing Going On? Don’t you believe it for this rising, respected band! 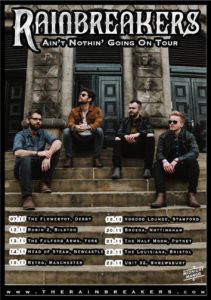