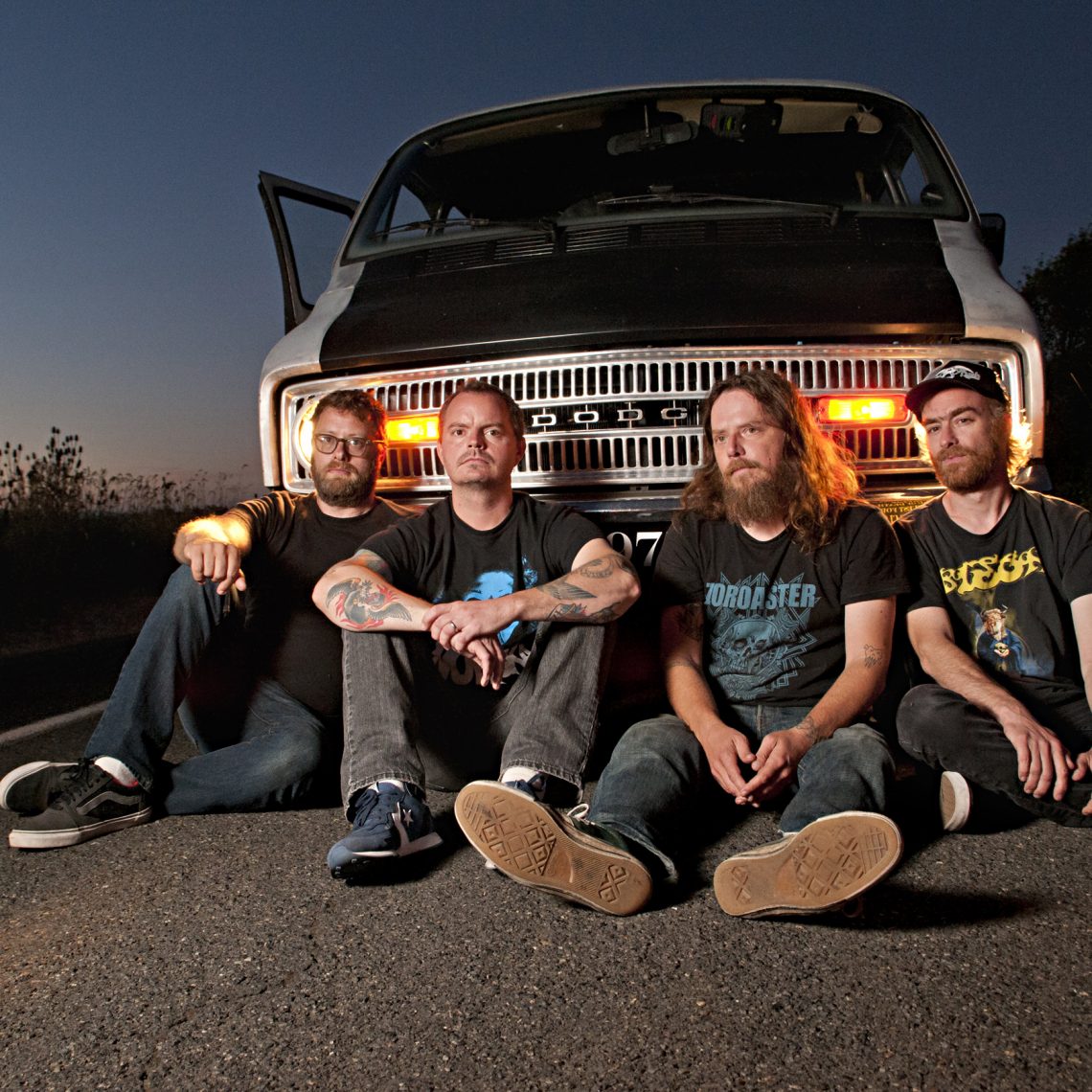 RED FANG have announced a free show in London to round off their summer European tour dates.The Portland-based heavy rock band – who sold out the 1,100 capacity Electric Ballroom in March â€“ will return to the capital on 24th August to play The Black Heart. The small, 150 capacity, venue that won the “Live Music Venue” award at the Music Week Awards 2014 will play host to the band following their appearances at Reading and Leeds Festivals that same weekend.

RED FANG’s vocalist/guitarist, Aaron Beam commented: “Some of the funnest, most memorable shows we have played were house parties very early on. To have the opportunity to do something as close to that as possible at our favorite bar in London? Smashing!”As a gesture of gratitude to their supportive fans who have ensure that every time RED FANG have played London, the shows have been sold out – this event will be free entry. However, there will be a series of competitions running on the band’s social media between now and the 24th, to win guaranteed entry to the show, plus other prizes.Those who are not lucky enough to win guaranteed entry can join the Facebook event for the show for updates, but are advised that tickets are available on a first come, first served basis from 5pm. Support will come from Trippy Wicked and The Cosmic Children of the Knight and GURT.Limited edition screen prints – seen above – have been designed especially for the show by Adam Pobiak, and will be available to purchase on the night.The show at the Black Heart is the final date of RED FANG’s European tour, and rounds of ten months of intense touring and promotional activity for the band. Since the October 2013 release of their critically acclaimed album ‘Whales and Leeches’, RED FANG have sold out venues across Europe and America, stopped in on David Letterman, and fought off beer-guzzling zombies, and fought off beer-guzzling zombies.

Whales and Leeches is available to purchase HERE.RED FANG also recently released released a free acoustic EP via Metal Hammer, Bandcamp,Amazon MP3 and all streaming portals.  The , Amazon MP3 and all streaming portals.  The EP was recorded this past March in London as an Absolute Music Bunker session for TeamRock.com.  The songs mark the first time the band recorded any acoustic interpretations of their material and the EP includes the original album versions of each track as well.