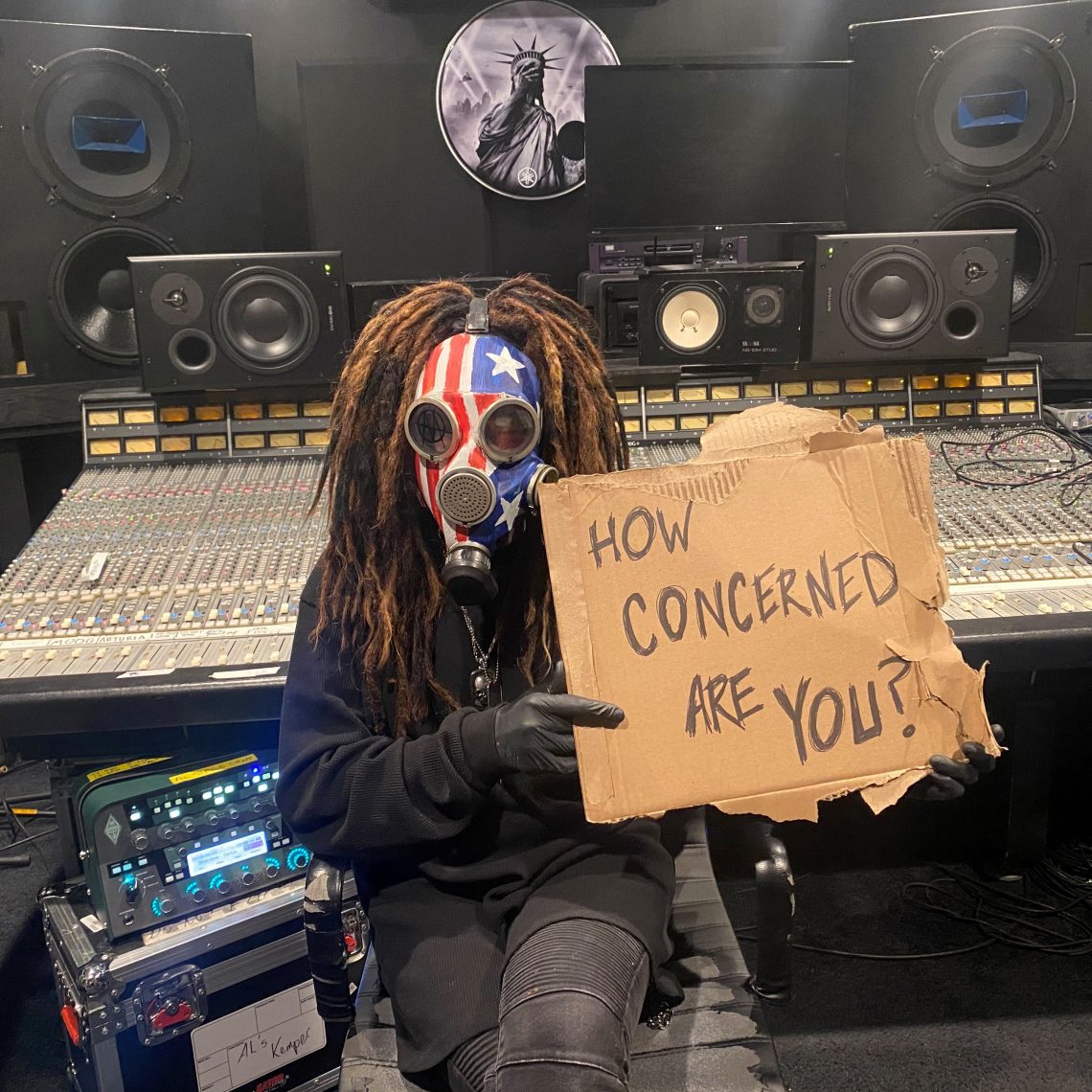 With a new US election on the horizon and America still on the brink, Ministry’s Al Jourgensen has re-entered the studio to create his missives that will become material for a to-be-announced new album on Nuclear Blast Records. The first taste comes today with bold new track ‘Alert Level‘ accompanied by a provocative lyric video, created by Agent Ogden.

The song is the first new material from Jourgensen in two years and has a timely message as America—and the global population—face epidemics, environmental crises, political corruption and one of the biggest US elections of our lifetimes.

Regarding ‘Alert Level’ Jourgensen says:
“We finished the song in January and it sounded great during rehearsals for our Australia/Japan tour dates, before we went into quarantine. The original plan was to finish the new record before the July ‘Industrial Strength’ US tour so we could have an Election Day release, but in lieu of the circumstances—and how relevant the song feels for these bizarre times—we decided to release ‘Alert Level’ now. Considering that this song features the question ‘How concerned are you?’ I’ll be interested to see how folks answer it themselves.”

With the release of ‘Alert Level’ fans are asked to be a part of the larger conversation by answering the question posed by the song’s central message, “How concerned are you?” Fans should upload videos, 30 seconds or less, to their social media profiles with the hashtag #MinistryAlertLevel. All the members of Ministry will be watching from home and selecting the videos most meaningful to them, which will be later shared.

Ministry also encourages US fans to voice their concerns by voting in the upcoming US 2020 elections and has partnered with Head Count to help voters to become registered in time. More info can be found here: http://ministryband.com/vote

Alert Level’ will be included on Ministry’s upcoming 15th full-length release and the follow-up to the acclaimed 2018 record, AmeriKKKant which was a return to form for the industrial juggernaut and garnered international tour dates, a collaboration with Wax Trax! and a support slot on Slayer’s final tour.