One of the most iconic bands of the 1970’s and 80’s, REO Speedwagon has influenced the industry from their inset; their drive and style of Rock’n’Roll has seen them produce 16 albums over their lifespan and although their popularity waned in the late 1980’s, they continued to produce albums beyond 1990 and their latest album was produced in 2009. They are American legends in their own right and as a result of their longevity has their fair share of upheavals, with Neil Doughty the only part of the original band still going. Following on from their first huge boxed set, the Early Years 1971-1977,REO Speedwagon gives us their second instalment in the 9 disc boxed set the Classic years 1978-1990; yes that’s right 9 discs of REO Speedwagon for your perusal, so lets see what’s on offer in this mammoth collection.

Firstly it needs to pointed out that this collection is not a “greatest hits” collection, no; this is a full collection of the albums during the 1978 to 1990 period of REO’s playing career. Each album has been rendered in a hi definition remastered format giving each album a new lease of life; not only that but most of the original albums have also been extended with new material from single, short and long version of tracks from the album as well as live tracks to help boost the overall quantity and quality you will receive. In that respect, you could say these are, in fact, new releases of old albums; they aren’t the band to do this and they certainly won’t be the last, however so us a s fans, we can just lap up the additional material with all the glee one can as fans. In essence you could say these albums are delayed deluxe versions of the original. The collection kicks off with an impressive extension to 1978’s You Can Tune A Piano But You Can’t Tuna Fish; the original 8 track set up has been exploded with and additional 11 tracks to 19! It consists of several versions of classics like ‘Roll with the Changes’ and ‘Time for Me to Fly’ as well as some early years live tracks.

Disc 2 contains 1979’s Nine Lives which has seen a few extra bits tagged on to flesh it out, ‘Easy Money’ sees another version and another couple of extra live tracks seals the deal; they we go onto the big hitter Hi Infidelity on Disc 3; the 1980 album needs no gimmicks as it holds some of the most iconic REO tracks in ‘Keep on Lovin’ You’ and ‘Take it on the Run’ which both hit number one in the US. In 2017, Hi Infidelity was awarded the Diamond Award mark for its official sales in the US hitting over 10 million copies. So far, we have has a taste of the classics where changes in style were clear, especially with the major hit album of Hi Infidelity that saw them take a more pop-rock avenue however it did produce some of their best work so who are we to argue with that change when it was the best thing they did for their careers.

Next on the list comes the Bonus Tracks, Unreleased Demos disc 4; this consists of various versions of a few tracks and a collection of live tracks once more to whet your appetite. In truth this is actually an interesting collection of songs, the best coming last on the set with a reggae version of ‘Keep on Lovin’ You’ which is a delight. This collection continues with Good Trouble and then Wheels are Turnin’ from 1982 and 1984 respectively; the latter gives us more than just the classic number 1 hit ‘Can’t Fight this Feeling’, it also provides bonus material with several “edit” versions of ‘Wherever You’re Going’ and ‘Gotta Feel More’ as well as a couple more treats which overall adds an additional 2/3 more to the album. This continued with disc 7 and 1987’s Life As We Know It, with bonus tracks from The Hits and more edit versions of tracks; at this stage it’s pretty obvious that the overall theme of the Classic Years is not just the emphasis on the albums during that period but more tracking down specific material for each album and making sure they fit within that time period. It’s a clever venture but the repetition of songs does start to wane on you a little and it feels more like a slog trying to get through it. This is where it gets interesting though; looking back, you start to realise that this is more a labour of love for REO than trying to smash through it in the space of several hours. Believe me, it will take the better part of the day for sprint through the collection; however, this is a marathon, not a sprint and it needs to be treated in that way too to really appreciate what’s on offer.

The final two discs consists of 1990’s The Earth, A Small Man, His Dog and a Chicken album and a various Live album from bootleg live venues from across the US. The 1990 album was at the waning end of REO Speedwagon’s reign, not that it ended of course but it still produced some tasty REO morsels for the die-hard fans out there; here we see a few extras tagged on such as an additional two versions of ‘All heaven Broke Loose’ and we see two The Ballads songs for good measure with ‘Just for You’ and ‘’Til the Rivers Run Dry’. The live bootlegs from various venues over the classic years period is a little gem of a disc to have in the locker; though yes there are a couple of repeat performers, just like there is throughout the collection, it still holds all the hit tracks during the period.

Overall this is a slow burner of a collection, it’s almost impossible to just sit in and listen to the entirety in one go, more so because of the sheer length of music provided here, I mean, we’re talking 9 discs people with a minimum of 40 minutes each, so you’re looking at around 7-8 hours of music, if not more! The other side effect of such a collection of course is the repetition of certain songs like ‘157 Riverside Avenue’ which appears of a loop for the first few albums as a live version. What this collection does do is give you everything you need for this part of REO Speedwagon’s career and whether your new to the classic rock band or are die-hard fans, this is a must for any collection. 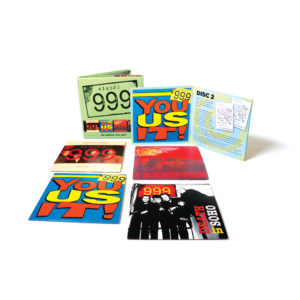 1. Roll with the Changes

2. Blazin’ Your Own Trail Again

6. Say You Love Me or Say Goodnight

8. Do You Know Where Your Woman is Tonight

10. Roll with the Changes (Short Version)

11. Roll with the Changes (Long Version)

1. Heavy on Your Love

3. Only the Strong Survive

7. I Need You Tonight

8. Meet Me on the Mountain

9. Back on the Road Again 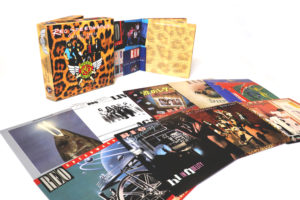 9. I Wish You Were There

3. Girl with the Heart of Gold

4. Every Now and Then

7. Back in My Heart Agian

9. Stillness of the Heart

10. Tired of Getting Nowhere

5. Love in the Future

15. Just For You (The Ballads, Full Length Version) 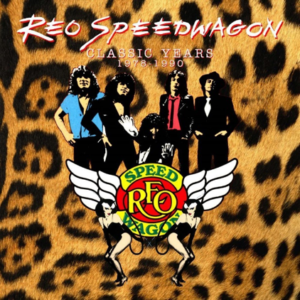 You can Pre Order The Classic Years here.