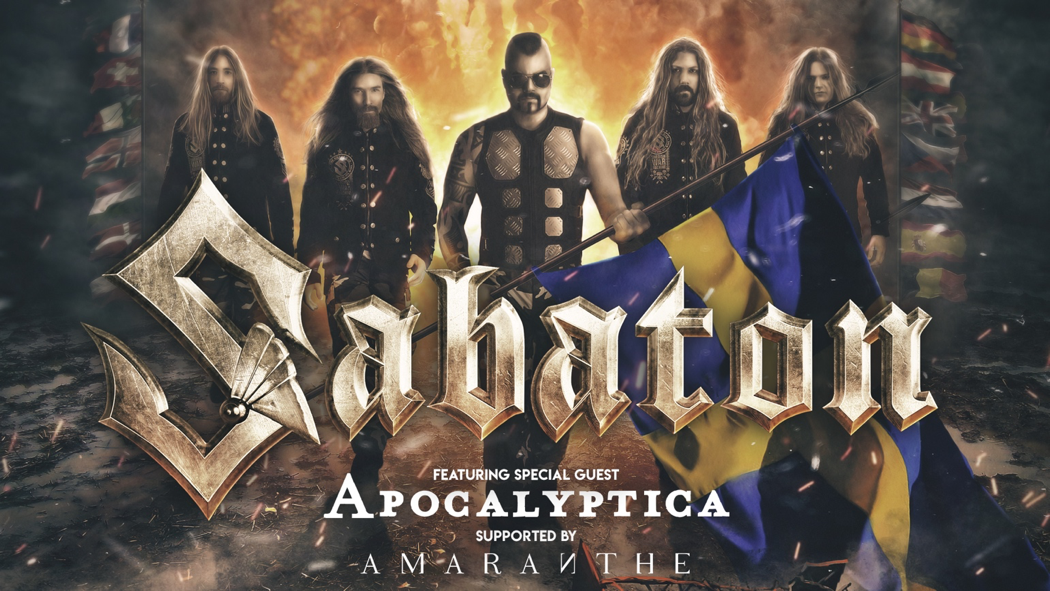 Swedish heavy metal heroes SABATON have announced their first ever UK arena headliner as part of ‘THE GREAT TOUR’. Hitting the road to support their new album ‘The Great War’ which comes out July 19th via Nuclear Blast, the band will play 64 shows in 19 countries, including an exclusive UK show with special guests APOCALYPTICA and support from AMARANTHE at the world famous SSE Arena in Wembley on Saturday 8th February 2020.

“Our journey in UK has been long and full of people who did not believe in us. Thanks to fantastic fans we have proven over the years that our music will work in UK and now finally we are in the venue where we can use our full production and give all our fans in UK the great show you have been waiting for,” announces Pär Sundström. He adds: “You know by now how much we care about the bands we choose to bring with us on tour, this is no exception. AMARANTHE is a rising star on the metal sky bringing such energy and passion rarely seen on stage and will open the evening. After that comes the big surprise for a lot of people who are not familiar with the cello rock band APOCALYPTICA, but trust us that their emotional show will definitively create magic in the arenas.

Finally what we are bringing, except for our biggest touring production we ever did… Is a promise to deliver a show that you never could imagine and the biggest announcement regarding this tour is still to come.”

On top of this, SABATON are proud to release the third single from the new album and title track, ‘Great War’.


The release of SABATON’s ninth full-length record perfectly coincides with the band’s 20th anniversary and the concept album is based on events of the First World War. The band started the recordings exactly 100 years after the end of the First World War (11/11/1918) and took 3 months of intensive work to complete the album together with their long term producer and partner Jonas Kjellgren at Black Lounge studios.

Alongside the album, the Swedes have worked hard to make their 20th year anniversary a very exciting year, launching the SABATON History Channel – a unique collaboration between the band themselves and multimedia historians Indy Neidell and Timeghost – using the power of social media to tell stories about the wars, battles and heroes behind SABATON’s songs. Subscribe to the YouTube channel via this link: https://www.youtube.com/channel/UCaG4CBbZih6nLzD08bTBGfw

Passionate about the preservation of history and retelling stories from the past, the band recently helped to save a British World War 1 Museum from permanent closure by donating proceeds from a special T-Shirt design to the Heugh Battery Museum in Hartlepool – find out more here: https://www.westernfrontassociation.com/latest-news/world-war-i-museum-saved-from-permanent-closure-by-swedish-heavy-metal-band-sabaton/ 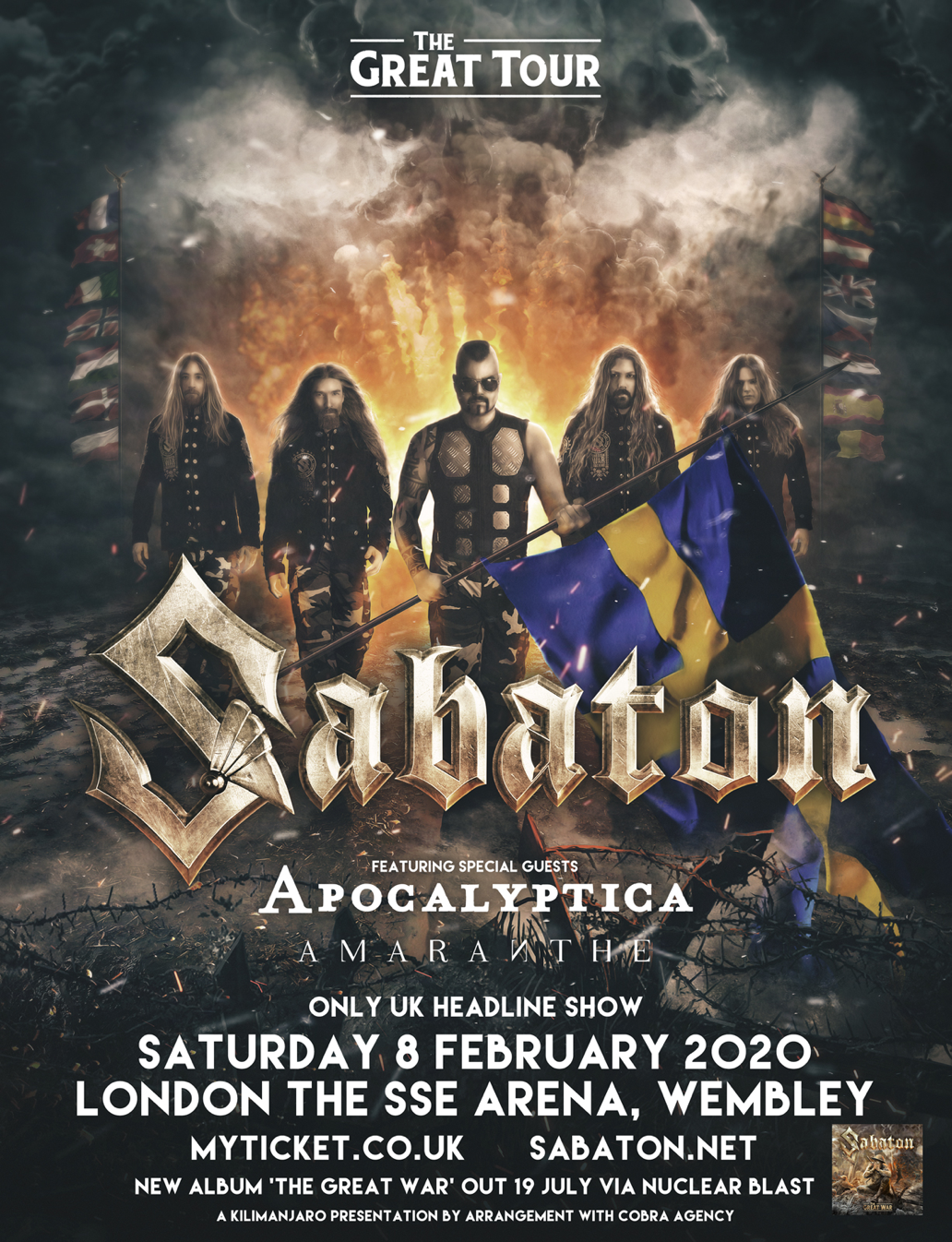