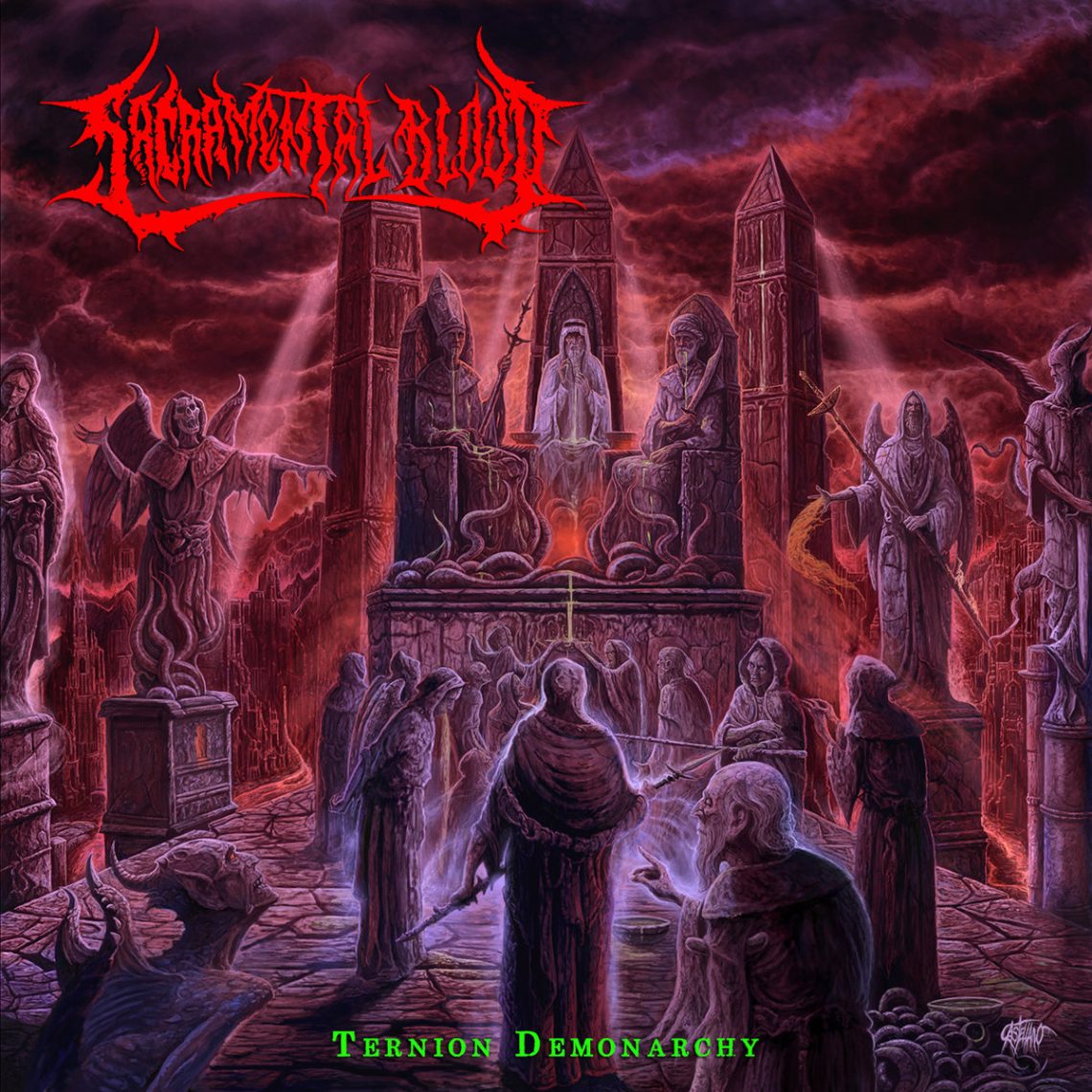 Hailing from Serbia, Sacramental Blood release their debut full length after a series of demo’s and splits. Ternion Demonarchy is 10 tracks of pure old school Death Metal – take the first two albums of Obituary, Death, Deicide and chuck in a bit of Vader and there you have it.

Now the band get zero for originality but the execution is what matters here. Just take Buildings of Burning Flesh for example: it feels classic. It’s brilliantly paced its shredding one moment and the band know when to throw in some groove when needed. Just when you think you know what you are getting a track like Aeons comes along with it atmospheric melodic introduction although they know when to pause and let things breathe a bit like on The Relic for example; it’s never long before the pummeling begins again and they kick into a track like Sanctimonious.  The production is also brilliant, though the album feels classic and old school it sonically very modern and avoids sounding too clinical and sterile. All three members perform brilliantly, there’s blistering solo’s and great drums. Front man Srdan Todorovic goes between John Tardy and (early) Chuck Schuldiner. He sounds awesome.

No, the band aren’t reinventing the wheel but it’s great when a formula or a recipe is done to perfection. You can’t beat it when something’s just done right. Sacramental Blood knew exactly what they wanted to do and that was to make a great Death Metal album.  You put this on and it’s just such an effortless listen, it just plays itself and above all it’s fun to listen to. Another thing is the artwork; it looks so “Classic” it’s a proper metal album cover.  It’s the full package and you can’t just feel a connection with the band and you can just tell this was done out of love. You know what period the band a harking back to and what albums they had in mind while making it. It’s 36 minutes of classic Death Metal horrific bliss!

Put this in your collection and it will instantly feel like it’s been there for years. 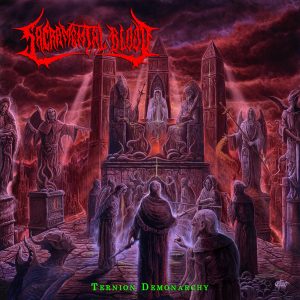