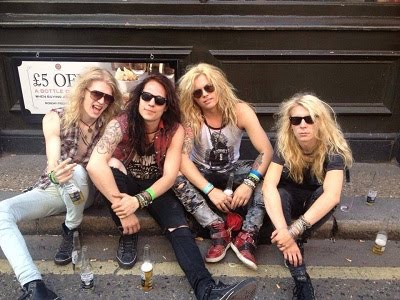 New album due out on March 9th

Santa Cruz will release their second studio album, ‘Santa Cruz’, on March 9th via Spinefarm Records; this will be the follow-up to 2013’s ‘Screaming For Adrenaline’, also on Spinefarm.

This latest full-length installment is packed full of the good stuff, including the hit singles ‘We Are The Ones To Fall’ and ‘Wasted ‘N’ Wounded’ – expect next level skilfully-crafted, party-minded, rocket-powered rock ‘n’ roll that’ll get a whole new generation on their feet!

Digital pre-orders for the album are now live here: http://po.st/I3jxVZ

Meanwhile, check out SC’s new lyric video for ‘My Remedy’, the third single to feature on their upcoming studio album, here: http://vevo.ly/0iOig4

Santa Cruz will also appear as support to Amaranthe on their UK tour, kicking of this March.