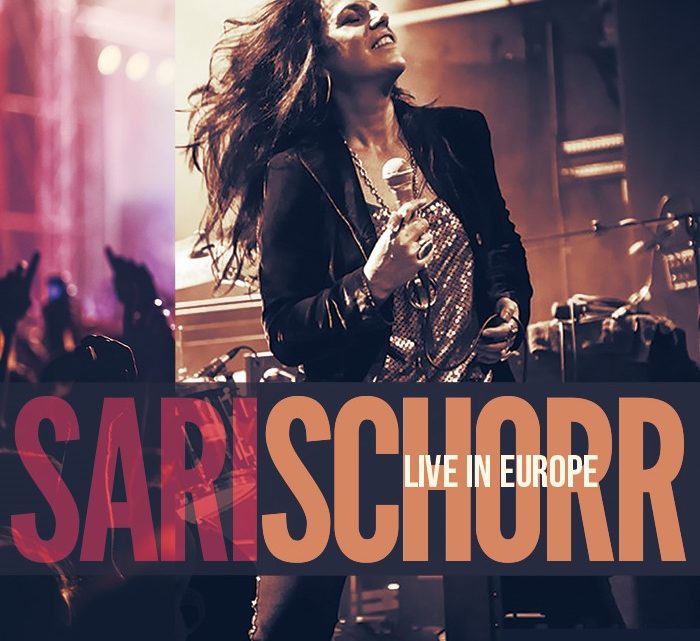 Today, modern-day soul & powerhouse blues sensation Sari Schorr releases her brand-new live album, ‘Live in Europe’, on Manhaton Records. To celebrate the occasion, she’s sharing the live video of ‘Ain’t Got No Money’ that gives an exhilarating taste of the live Sari Schorr experience. What’s more, Sari will soon be setting out on a new ‘Live in Europe’ tour in March & April 2020, visiting 8 different countries and playing over 30 dates across The Continent – her biggest tour yet!

‘Live in Europe’ was recorded during Sari’s 2019 tour of Europe, in venues as far apart as Rapperswil in Switzerland and Suffolk in England. The concert tracks were expertly recorded, mixed and mastered by Henning Gehrke and capture this powerhouse singer’s dynamic presence and much-acclaimed vocal talent.

Although a trained opera singer – with all the range, sheer power and skill you’d expect – Sari Schorr’s voice also has the right amount of grit to make her a world-class rock, blues and soul singer. ‘Live in Europe’ not only captures that presence, power and range, but also the talents of her top-flight band:

“These are musicians at the top of their game,” acknowledged Richard Bolwell (Editor-in-Chief of MNPR Magazine), “and each has their time to shine on this record. Each song stands out on its own merit, but the band really shows their true colours on the cover versions of Willie Dixons’ ‘I Just Want to Make Love to You’, and Leadbelly’s ‘Black Betty’.”

The 12-track album contains 10 live tracks, plus two bonus, previously-unreleased, acoustic tracks, recorded for the BBC in the UK. There’s original material aplenty in the playlists and some well-chosen covers that leap into to new life with Sari’s performance,

MNPR Magazine awarded ‘Live in Europe’ “a richly-deserved 5 stars” praising Sari Schorr’s on-stage artistry, her band’s excellence and the quality of recording and production that enables this album to capture the full live experience of her acclaimed gigs: “The album draws you in, immerses you, and makes you feel like you are at the front row of a Sari Schorr show.”

RawRamp Magazine described Sari Schorr as “one of the best contemporary blues-rock singers in the world”. ‘Live in Europe’ shows how true that is. Check out the live video to get a taste, then get the new album for the full feast. Signed Digipak CD copies are available from Manhaton Records (https://www.manhatonrecords.com/product/sari-schorr-live-in-europe-signed-digipak-cd), 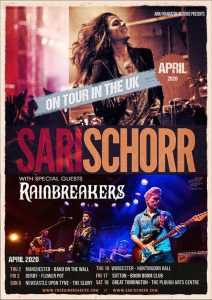 whilst details of Sari’s 2020 European Tour can be found on her website: https://www.sarischorr.com/tour.