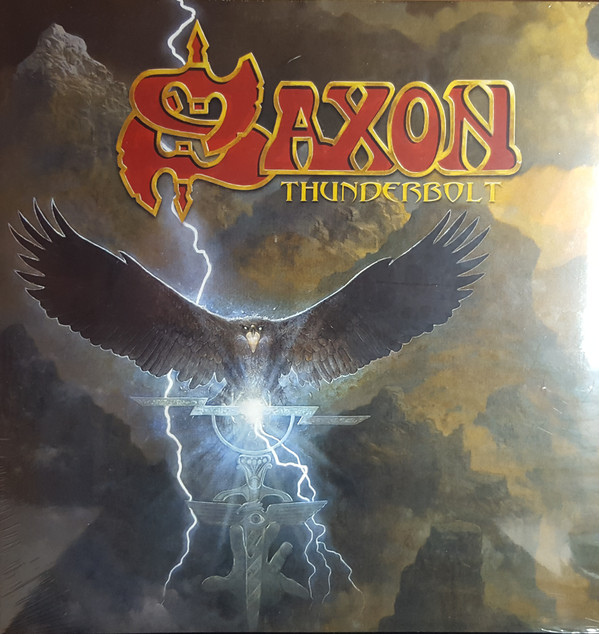 It is with great regret that we announce the San Francisco rockers Y&T will not be joining us on the Saxon Thunderbolt European Tour this Autumn, as previously announced. Y&T guitarist Dave Meniketti has a serious back injury that has meant he cannot travel to Europe for the shows.

Dave Meniketti states:“It is with great disappointment that I announce Y&T’s decision to withdraw from Saxon’s upcoming fall Europe/UK tour.

As many of you already know, I severely injured my back in July and have been under the care of a sports doctor/back specialist ever since. After I received two rounds of cortisone injections to reduce the inflammation, we all had high hopes I’d get “back on the field” in time for this tour. But as many people know, recovering from this kind of back injury takes time.

Given the advice of my doctor and the urging of everyone around me, really, the only course of action for my long-term health is to stay home and properly complete my recovery. This decision has weighed heavily on me–and believe me, I’d much rather be on tour playing for all of you–but getting on an 11-hour flight and sitting for five weeks on drives of up to 10+ hours every day in a van traveling 11,000 miles/18,000 km would be a reckless approach at this stage of my recovery. I can’t risk another setback like I experienced last month when I played a show against my doctor’s advice.

I apologize to the fans and to our buddies in Saxon for any inconveniences and disappointments that this has caused. We’re big fans of Saxon and consider them to be one of the best live straight-ahead rock bands out there, so we’re all disappointed to miss what surely would’ve been a great time on tour with them.

For my part, and for Y&T going forward, I’m on the mend and can’t wait to get back up on stage later this year. To our amazing fans in Europe and the UK, again, my apologies. We’ll be back in 2019”

Saxon have added UK rock band FM to the bill as Y&T’s replacement for all the shows.

Biff Byford states: “we were gutted to hear of Dave’s injury and we wish him all the best in a full recovery very soon. We are pleased to announce FM are joining us now on all the dates. We are old friends and it’s going to be fun touring with them.” 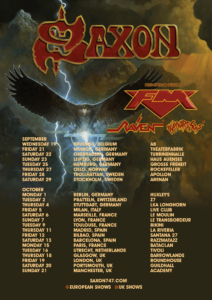