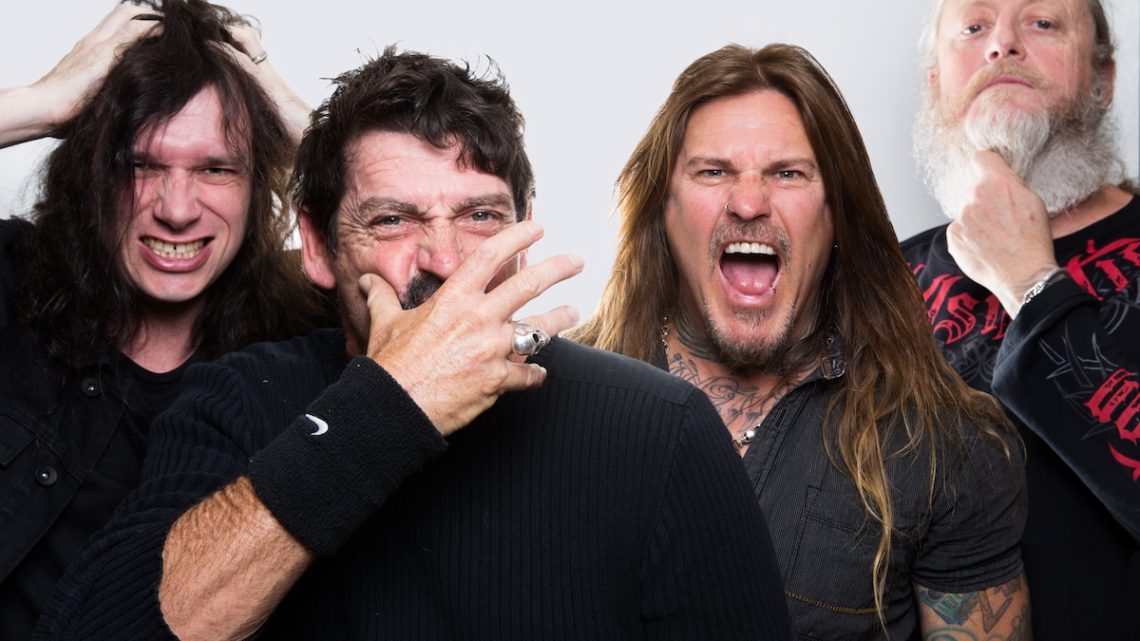 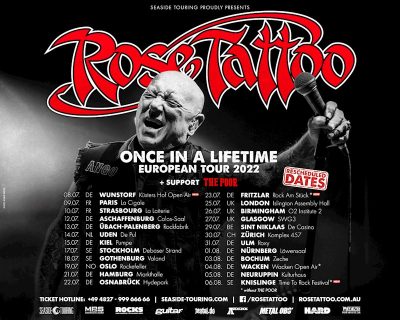 The new single, Cry Out’, follows lead track ‘Payback’s A Bitch’, both representing The Poor’s first new music in 12 years, via Australian record label Reckless Records. Time has not wearied this band. Still delivering their unabashed “four-on-the-floor rock”, these new songs herald a new era for The Poor, led by lead guitarist Daniels Cox’s premier songwriting collaboration with the band.  Fans can look forward to The Poor’s new album coming later this year on Reckless Records, with their back catalogue available now on digital platforms.

Don’t miss The Poor live in the UK and Europe: 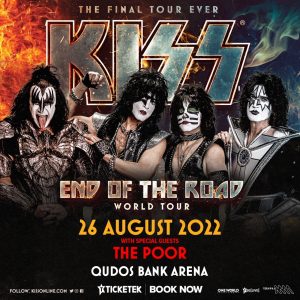 Lead singer Skenie said, “These UK and Europe dates are going off! It’s been so awesome to catch up with fans who have been asking for us to tour for so long, and to play our new material! We are pumped!”

The Poor started out playing the pub circuit in Darwin nearly 2 decades ago. The plan was simple -, hard rockin’ hard drinkin’ and world domination. In 1992 the band cut their debut release, the EP ‘Rude, Crude & Tattooed’, produced by Rick Brewster and Bob Spencer from The Angels and from the opening line you knew it was going to be something great; Aussie pub rock, in your face, no bullshit, straight to the point, rock’n’f%&k’n’roll!

In mid 1993, the band recorded their debut album, ‘Who Cares’, which spawned their most notable single, ‘More Wine Waiter Please’. An unrelenting couple of decades followed where they toured relentlessly, drank hard and rocked harder touring Australia, Europe and Japan, sharing stages with the likes of Suicidal Tendencies, The Scorpions, Alice In Chains and Van Halen. In 2000 the band went into hibernation until an invitation to tour with WASP was too good to refuse. It didn’t take long for them to get back into the rock’n’roll groove they cut so deeply in previous years. ‘Round 1’ and ‘Round 2’ albums followed in 2009 and 2010 respectively.

After 12 years of touring their supercharged ‘NO BS Aussie Rock’ show with local and International rock bands including AC/DC, The Screaming Jets, Rose Tattoo and The Angels, cut to the present day and The Poor are ready to release new music on their old and new fans.

Connect with The Poor: