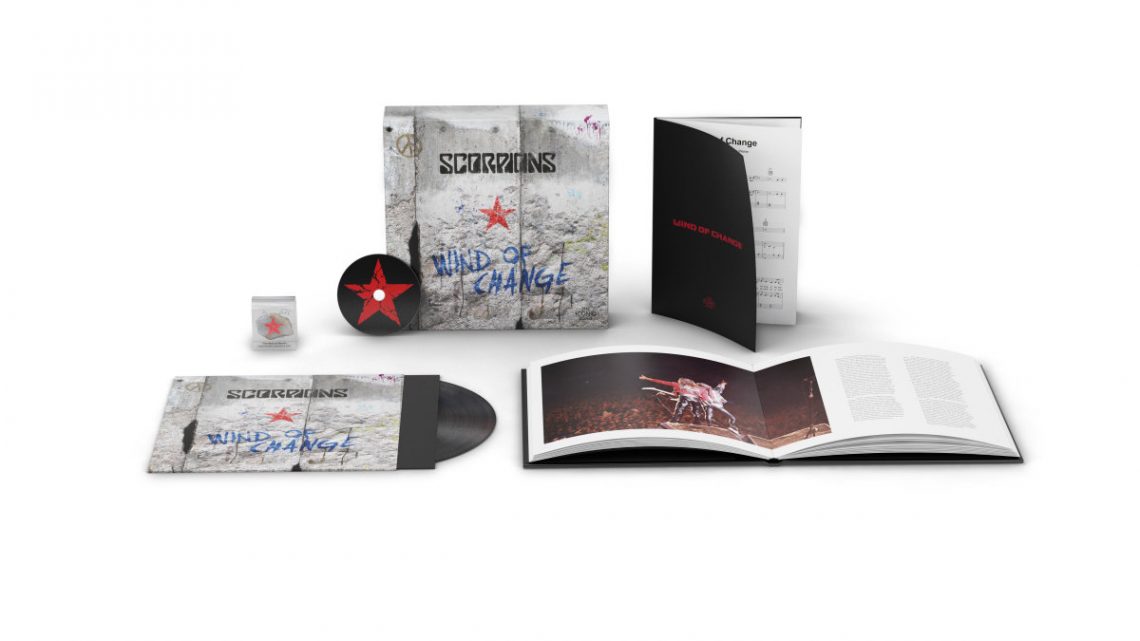 Wind of Change: The Iconic Song 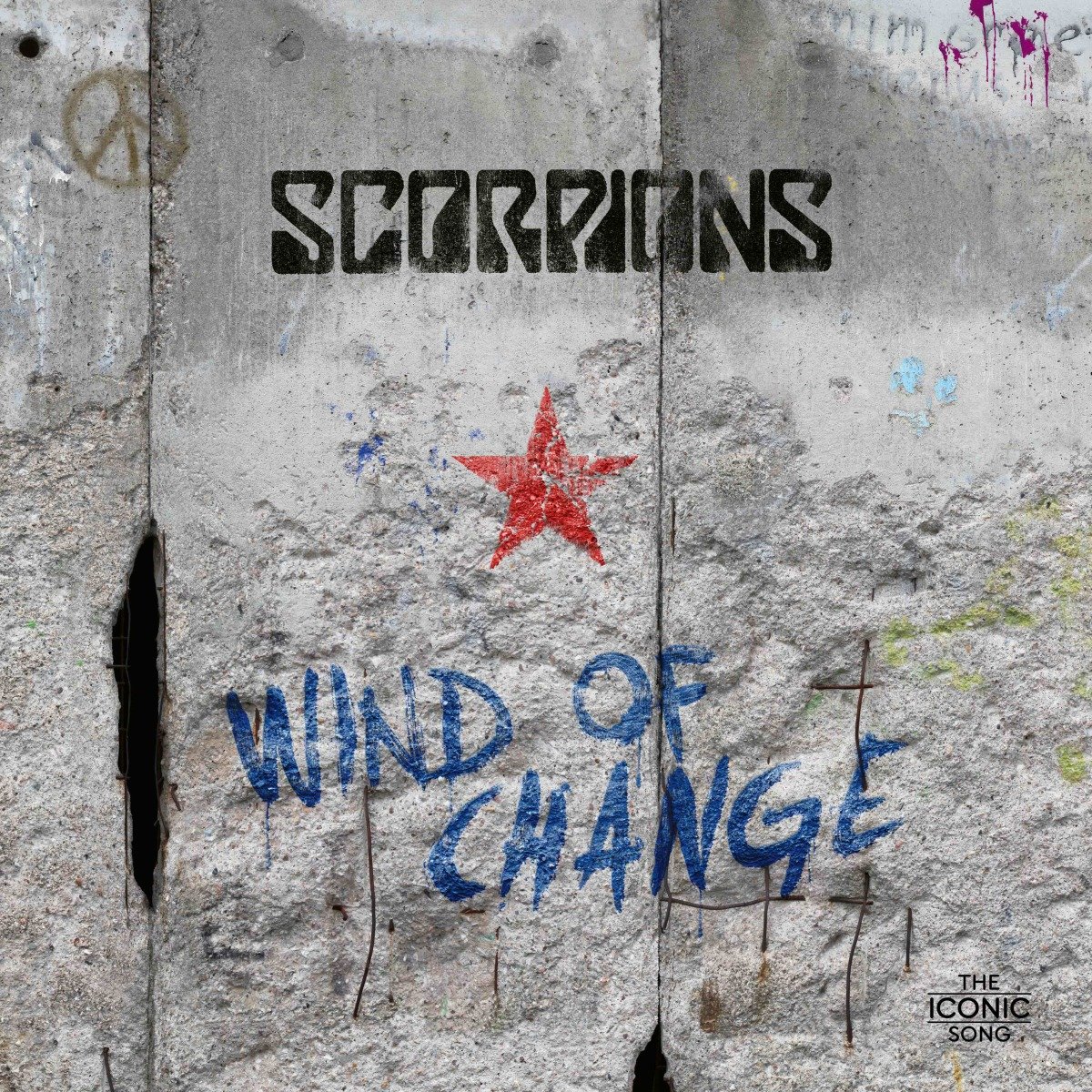 includes 84-pages hardcover book
with rare and previously unseen photographs,
vocal and piano arrangement,
piece of the Berlin Wall
&
5 versions of the iconic song,
incl. one unreleased
on CD and 12“LP

The edition is hand numbered and limited to 2020 units

As one of the greatest hard rock bands of all times Scorpions are celebrating the 30th anniversary of the first release of “Wind of Change” by releasing an exclusive box set on October 3, 2020. “Wind of Change: The Iconic Song” is dedicated exclusively to the power ballad written by Klaus Meine, which became the soundtrack for the end of the Cold War. Inspired by the experience of playing at the Moscow Music Peace Festival in 1989, “Wind of Change” embodies the feeling of hope, optimism and the prospect of a better future.

“When we came on stage in the Lenin Stadium and started the show with “Blackout”, all the Red Army soldiers, who function as security, threw their hats and jackets in the air, turned to us and became part of the crowd. The world was changing right in front of our eyes … It was unbelievable! “- Klaus Meine, 2020

The box set, which appears in a brick look, contains an 84-page hardcover book written by Dr. Edgar Klüsener, former editor-in-chief of Metal Hammer and close confidant of the band, who interviewed Klaus Meine exclusively for this purpose and writes about the genesis and impact of the song. It contains several pages of photographs from the band‘s photographer Didi Zill and from Klaus Meine‘s private archive, as well as the handwritten lyrics for “Wind of Change” by Klaus Meine.

Next to the book the box set includes a vocal and piano arrangement of “Wind of Change” as well as a CD and 12” LP with 5 versions of the song: the original album version, the Berlin Philharmonic version, the Russian and Spanish and an unreleased demo version by Klaus Meine. Heart and centerpiece of the box set is a handcrafted unique piece of the Berlin Wall customized with the red “Wind of Change” star and a handwritten lyric by Klaus Meine.

“Take Me to The Magic of The Moment “– Klaus Meine, Wind of Change

People not just in Europe but all over the world felt connected to the motif of change and the melancholy of the song. With the collapse of the Soviet Union, the hunger for freedom and community was great. The sudden vacuum in Europe left a lot of room for dreams and hopes. “Wind of Change” captured this indescribable magical mood and became the anthem to the fall of the Berlin Wall. The song continues to influence and is still meaningful now more than ever.

“In times of COVID-19 and all the wild conspiracy theories in these extremely trying times,”Wind of Change “is like a hug, a good friend from a time when the hope for a peaceful world seemed to be fulfilled. The dream of peace lives on in this song.” – Klaus Meine, 2020

On August 13, 2020, on the same day that the Berlin Wall was built in 1961 and the Moscow Music Peace Festival took place in 1989, the pre-order of the box starts only on www.TheIconicSong.com 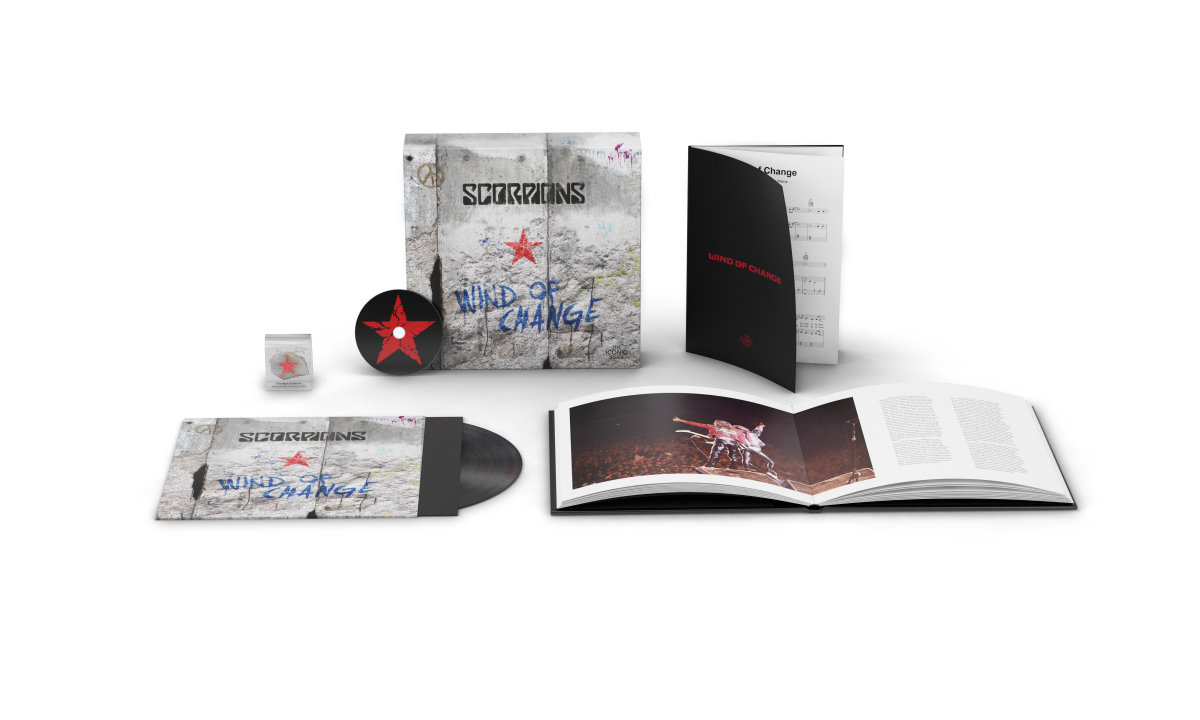 The Iconic Song Box is hand-numbered, limited to 2020 copies and will be released on the day of the 30th anniversary of German unity, October 3, 2020. 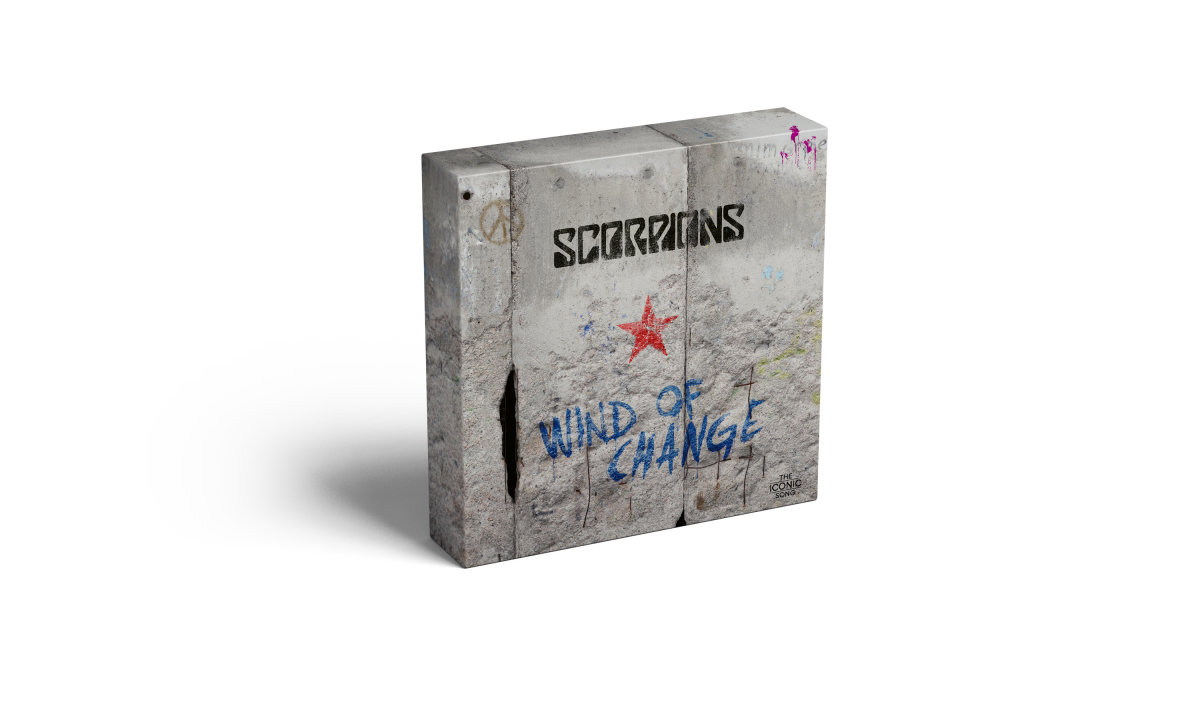 A worldwide retail version of the box will be available in an altered form in November 2020, 30 years after the release of the album “Crazy World” with an 84-page book, vocal and piano arrangement and Vinyl & CD.