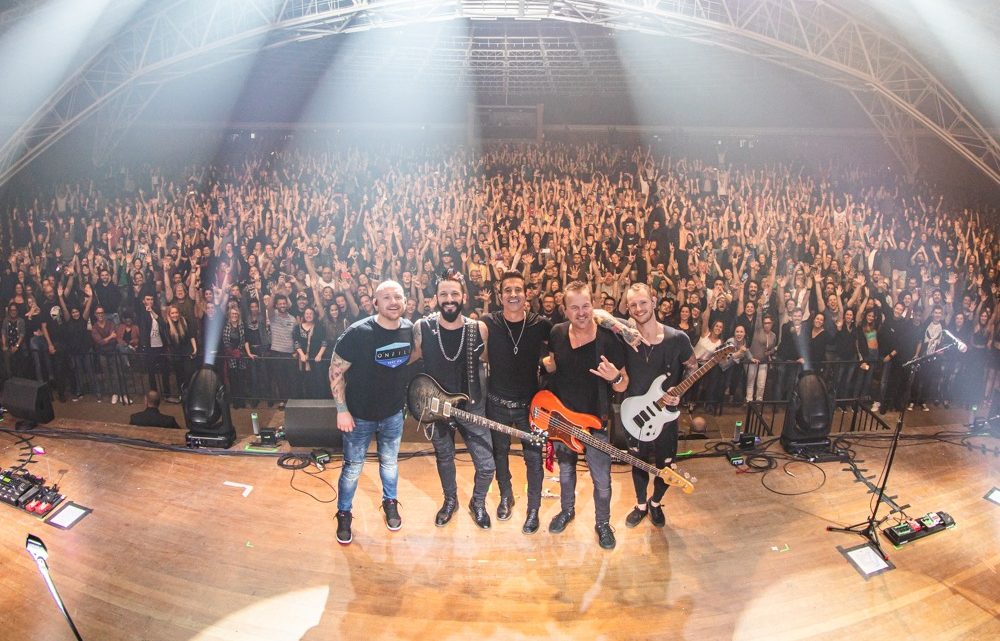 Just seven months since The Space Between The Shadows debuted atop the charts, SCOTT STAPP announces the European leg of “The Survivor Tour”, dubbed after the upcoming single, “Survivor”. The 22 dates long trek will kick off on October 26 in London, UK and lead the multi platinum-selling artist through 13 countries. Audiences can expect the extraordinary singer to perform a selection of #1 hits of his own catalogue as well as of his larger-than-life band, CREED.

Last July, Scott’s first album in six years, The Space Between The Shadows, introduced “Purpose For Pain,” Scott’s highest-charting single since 2005. His North and South American tour dates came with all the power, pyro, and anthems expected of one of the biggest voices in recent rock music and he recently discussed his five-year journey of overcoming and rebuilding during a candid Q&A at the Pollstar Live! conference. Having fought for his return, “Survivor,” is a powerful anthem to strengthen the resolve of anyone wrestling with adversity as Scott roars at the demons of the past, “how ya like me now?!”

Scott also just debuted an inspiring PSA video from his trip to Ecuador with ChildFund International, one of his philanthropic partners since 2015. Set to his song “Wake Up Call,” the video illustrates every individual’s potential and the joy of giving, for both the giver and the recipients. Fans who are able can sponsor a child for $36 a month. To sponsor a child or learn more about ChildFund, please visit www.childfund.org/scott-stapp.

“ChildFund has created a network to give these kids a fighting chance of overcoming the reality they were born into. Children in need don’t have to become victims of neglect,” said Scott.

Stapp has come full circle with The Space Between The Shadows. Themes of facing the past, overcoming, and powering through adversity dominate – “Purpose For Pain,” finds meaning in life’s struggles; “Name,” promises to end destructive cycles; “Gone Too Soon,” honors musical peers and victims of unexpected tragedy; and “Survivor” promises above all, to never stop fighting. 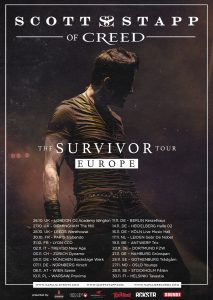 SCOTT STAPP is a Grammy winning songwriter, solo artist, and the voice of Creed (over 50 million albums sold). In July 2019, his 1st album in six years, The Space Between The Shadows, celebrated five years of sobriety, re-introduced an evolved artist at his best, and debuted in the Top 5 and Top 10 across Rock and Album charts in the US and UK for his anthems of gratitude, optimism, and unflinching self-examination. Beyond music, Scott is an inspiration to others struggling with the over-lapping illnesses of addiction and depression. He “pays it forward” through his With Arms Wide Open Foundation, which helps military vets and their families with drug addiction, PTSD-triggered mental health issues and suicide prevention. In 2017, the Florida Association of Broadcasters awarded Scott with the Florida Service Award. In 2018, he was inducted into the Florida Music Hall of Fame. The rocker lives in Nashville, TN with his wife of fourteen years, Jaclyn, and their three young children.