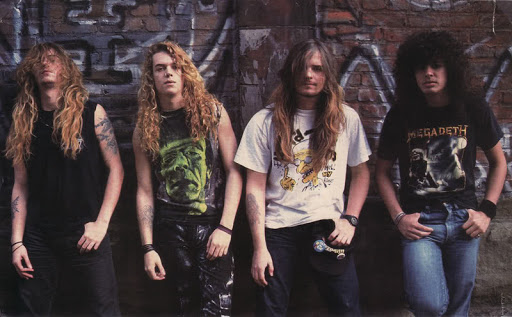 Sepultura’s major-label debut on Roadrunner Records, Beneath the Remains, had a deep impact on metal music when it came out in 1989. Widely regarded today as a thrash-metal classic, the album perfectly distilled the Brazilian band’s potent mix of piercing melodies and pummeling rhythms.

Rhino salutes the acclaimed record with a new collection that features a remastered version of the original album, plus more than a dozen previously unreleased studio and live recordings. BENEATH THE REMAINS: DELUXE EDITION will be available on April 3 as a two-CD set. On the same day, the Deluxe Edition will also be available as a double-LP set on 180-gram vinyl. Exclusive orange colour vinyl LP versions are available via https://store.rhino.co.uk/.  The music will also be available through digital outlets and streaming services.

In December 1988, brothers Max (guitar/vocals) and Igor Cavalera (drums), Paulo Jr. (bass) and Andreas Kisser (guitar) recorded Beneath the Remains in Rio de Janeiro, Brazil with producer Scott Burns. Soon after its release in April 1989, the album was hailed by fans and critics alike for standout songs like “Inner Self,” “Primitive Future” and the title track. The album has been remastered especially for this collection.

The Deluxe Edition also features nine unreleased “mixdown” recordings taken from the Beneath the Remains sessions at Nas Nuvens Studios in Rio de Janeiro. Highlights include versions of “Lobotomy” and “Mass Hypnosis,” as well as instrumental versions “Slaves Of Pain” and “Sarcastic Existence.”

The studio tracks are complemented by unreleased recordings of the band performing live on September 22, 1989 at the Zeppelinhalle, West Germany. The concert features songs from Beneath the Remains (“Primitive Future” and “Inner Self”) and the band’s previous albums (“Troops Of Doom” and “Escape To The Void”), along with covers of Black Sabbath’s “Symptom Of the Universe” and the Dead Kennedys “Holiday In Cambodia.”

Founded by the Cavalera brothers in 1984, the group recorded two full-length albums – Morbid Visions (1986) and Schizophrenia (1987) – before signing with Roadrunner Records in 1988. Since then, Sepultura’s dynamic studio recordings and intense live performances have earned it fans everywhere. The band has sold nearly 20 million albums worldwide, including more than three million in the United States.

The current version of Sepultura (Derrick Green, Paulo Jr., Andreas Kisser, Eloy Casagrande) released a new album, Quadra, on February 7 and will tour the U.S. this spring. Former members Max and Igor Cavalera – who perform together in the band Cavalera Conspiracy recently completed a sold-out European tour in December 2019. A complete list of upcoming tour dates can be found here. 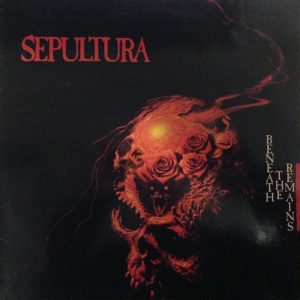 BENEATH THE REMAINS: DELUXE EDITION

“A Hora e a Vez Do Cabelo Nascer”

“Beneath The Remains” – Live *

“Symptom Of The Universe” – Live *

LP Two: The Rio/Nas Nuvens Recordings, before the Florida Sessions