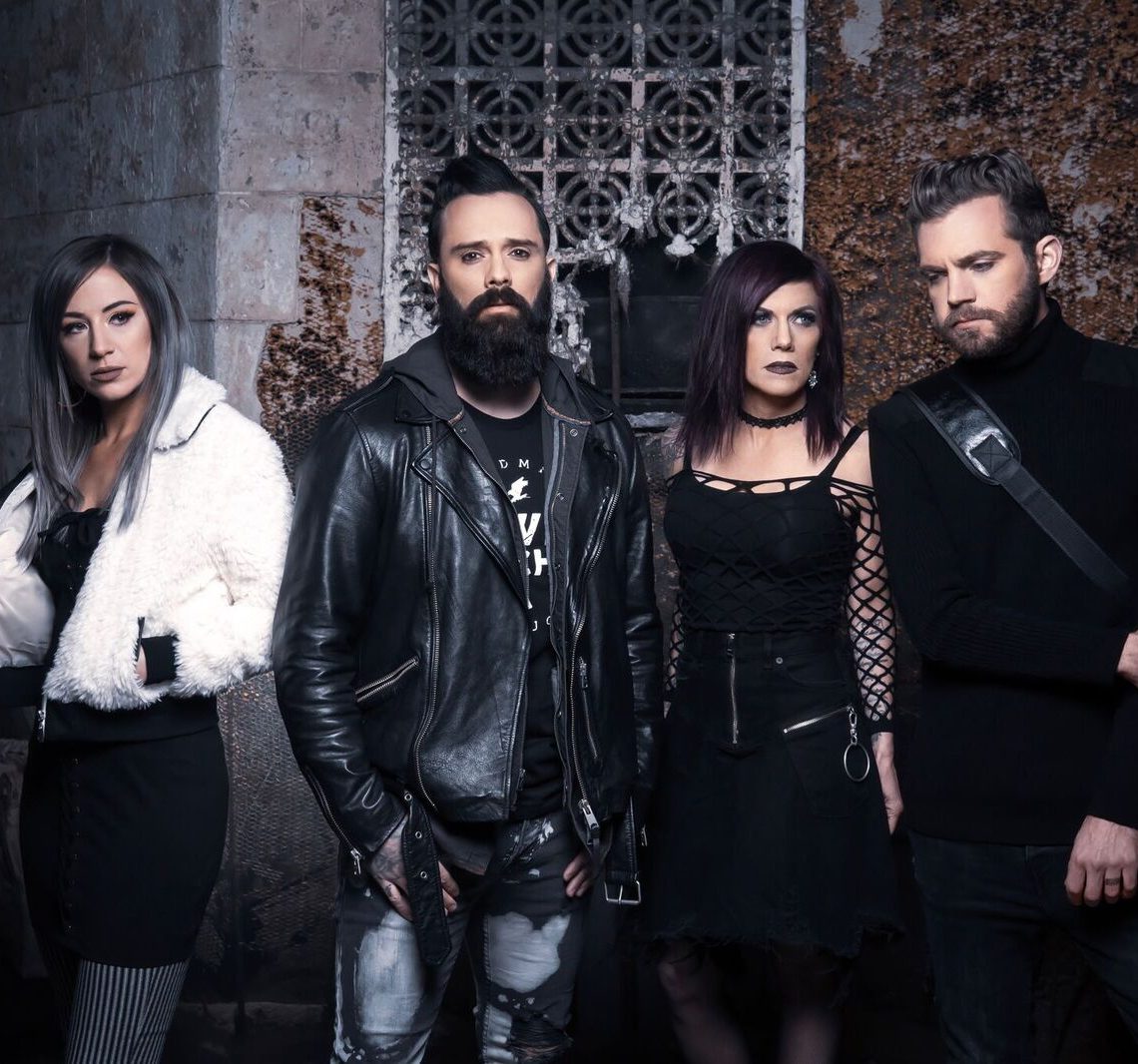 8th May 2019 0 By John Deaux
Every victory merits a theme song, and victory is exactly what multi-platinum, two-time GRAMMY® nominee rockers Skillet hail as they partner with Billboard to announce the soundtrack to triumph on their tenth full-length album, Victorious due August 2nd (Atlantic).  The follow-up to the RIAA Gold-certified Unleashed (their fourth consecutive album to receive either a gold, platinum, or double-platinum certification), the new project continues to propel the band’s position as one of the best-selling rock bands of the 21st century, racking up over 1 billion streams in 2018 alone. Victorious is available for pre-order now with special merchandise packages.
“Victorious perfectly describes how the record makes me feel,” affirms lead singer John Cooper. “You wake up, face your own demons every day, and never give in. There’s an introspective side to it. We might’ve commented on the world explicitly on previous albums. This one is about looking inward. Perhaps, it’s because I’ve gotten a little older, and I’ve accepted struggle as part of the journey. When I listen to these songs, I want to fight for my life, I want to fight for who I am, and I want to fight for what I believe in.”
Coupled with the production strides made in the last full-length studio offering, John and wife/guitarist/keyboardist Korey took the reins for the bulk of production on Victorious—a career first.
“Unleashed recharged us, and we returned to what we love about writing,” continues John. “It was tight and electronic hard rock. We wanted to keep the sound modern and pull in influences from hip-hop drums and keyboards, while staying riff-y. Victorious started there. Our confidence was sparked by the last record and all of the other projects. We were feeling prolific. We thought, ‘We can produce our own Skillet album.’ It lit a fire. Korey and I have produced in the past, but nothing quite like this. It’s a brand new season.”
This season kicks off with the lead rock single “Legendary,” also the album’s first instant grat track available today, and impacting Rock radio on May 20. Otherworldly keyboards and wiry, blues-inspired guitar give way to kicking percussion before the song explodes with a hummable hook punctuated by hypnoticharmonies.  Click on the image above to see the lyric video for “Legendary.”
“The lyrics are a call to make your life matter,” Cooper goes on. “You’re realizing you have a chance for your life to count every day. In a sense, we’re all destined to be forgotten, so live the way you want and don’t turn your back on who you are. I drew the sentiment from my own career. We’ve always put our heads down and pushed forward when confronted with adversity.”
Skillet’s first single for the Christian market, the melodic “Anchor,” will also feature a visualizer/lyric video and be offered as an instant grat on June 14. The track will impact radio on July 19th.
“I’ve been privileged to have worked with Skillet for the past 10 years and am constantly blown away by the music that John and Korey Cooper and this band create,” Pete Ganbarg, Atlantic Records President of A&R, said. “Every song on ‘Victorious’ is an example of what has made Skillet such an integral part of contemporary music for the past two decades.  We are thrilled to get to share it with the world.”
In support of Victorious, Skillet will hit major summer festivals and headline a tour this August joined by Sevendust with special guests Pop Evil and Devour the Day. Full tour schedules and VIP M&G packages and tickets are available here.
The track listing for Victorious is as follows:
1. Legendary
2. You Ain’t Ready
3. Victorious
4. This Is the Kingdom
5. Save Me
6. Rise Up
7. Terrify the Dark
8. Never Going Back
9. Reach
10. Anchor
11. Finish Line
12. Back to Life
Get Connected with Skillet:
Instagram: https://www.instagram.com/skilletmusic
Twitter: https://twitter.com/skilletmusic
Facebook:  https://www.facebook.com/skillet/