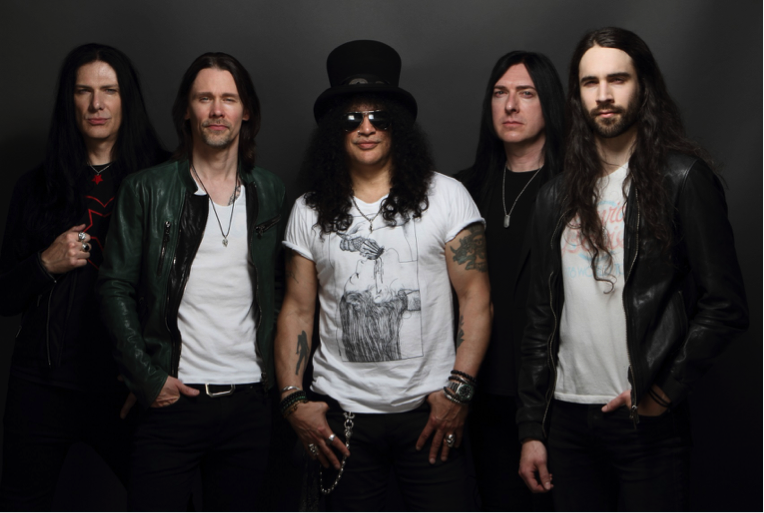 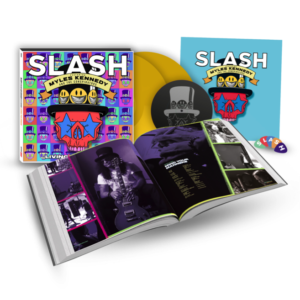 About Slash Ft. Myles Kennedy & The Conspirators:SLASH — the iconic, GRAMMY-winning, American rock guitarist, songwriter and film producer — has amassed album sales of over 100 million copies, garnered a GRAMMY Award and seven GRAMMY nominations and was inducted into the Rock and Roll Hall of Fame. SLASH landed on the top of the charts with his first solo album, Slash (2010) which featured Ozzy Osbourne, Fergie, Myles Kennedy and more. Shortly after, he formed his current bandSLASH FT. MYLES KENNEDY & THE CONSPIRATORS–whichfeatures MYLES KENNEDY(lead vocals), BRENT FITZ (drums), TODD KERNS (bass/vocals) and FRANK SIDORIS (rhythm guitar) — who’ve been touring worldwide and making music for over four years. SLASH FT. MYLES KENNEDY & THE CONSPIRATORS released the critically acclaimed Apocalyptic Love (2012) which stormed the Billboard Top 200 Albums Chart debuting at #4 as the top rock album. Apocalyptic Love has the added distinction of spawning SLASH’s first-ever #1 rock radio solo hits: “You’re A Lie” and “Standing In The Sun.”SLASH released Nothing Left To Fear (2013) the first-ever motion picture he co-produced from SLASH fiction, his film/TV production company specializing in the horror genre. He is currently working on a new film project. SLASH FT. MYLES KENNEDY & THE CONSPIRATORS unleashed their second album World On Fire to worldwide praise garnering SLASH some of the best critical acclaim of his career. SLASH’s third straight solo album to debut in the Top Ten, World On Fire achieved over 12, Top Ten chart debuts around the world. The album’s title track, first single “World On Fire” ascended to #1 at U.S. Rock Radio. In 2016, Guns N’ Roses re-united and SLASH joined Axl Rose and Duff McKagan for the ongoing “Not In This Lifetime Tour”which Billboard now ranks as the fourth-highest grossing tour of all time. 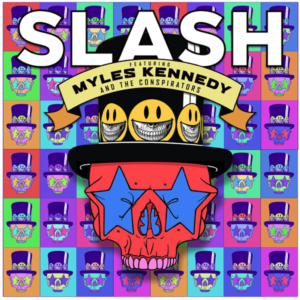