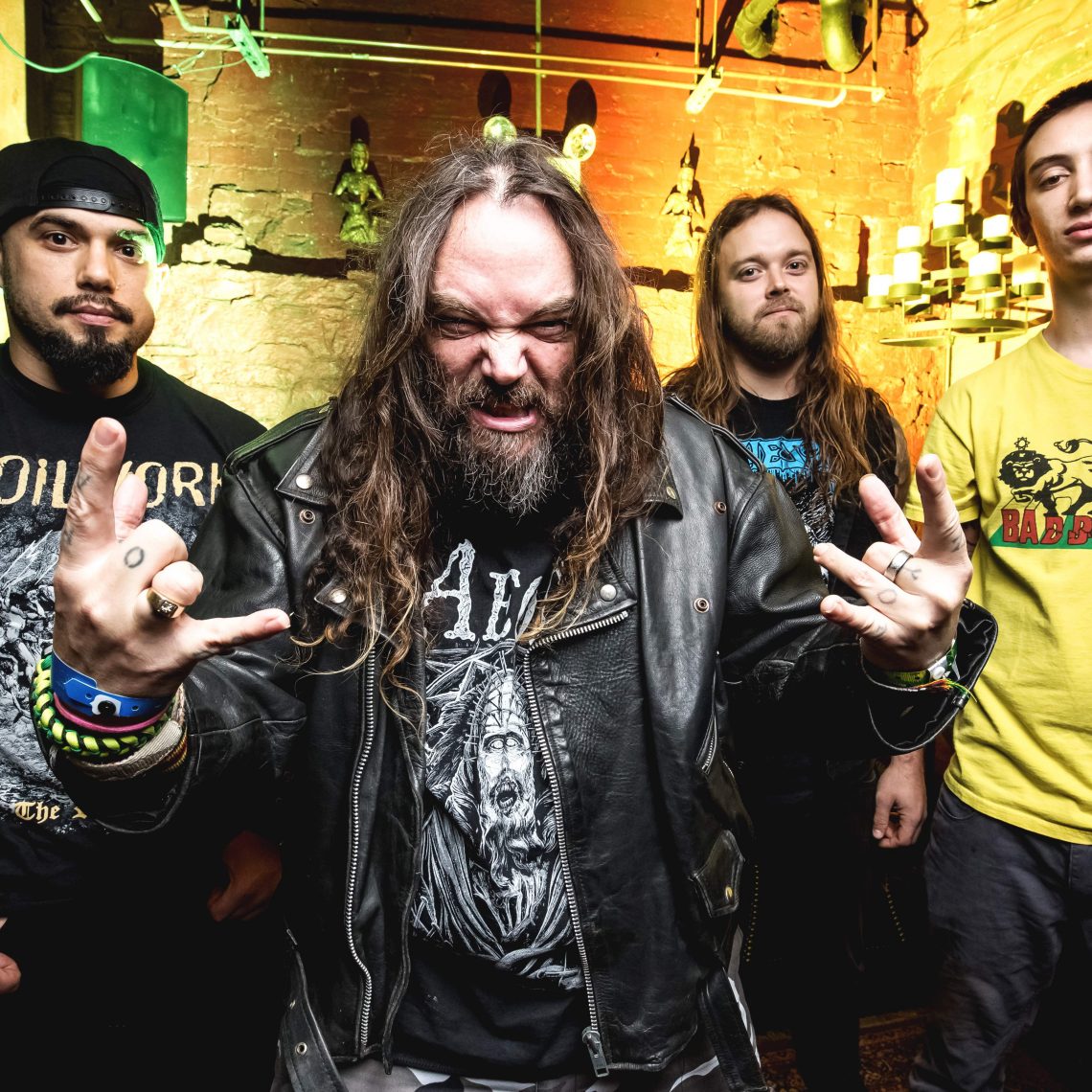 Max Cavalera’s SOULFLY have announced a clutch of UK dates this August around their festival appearance at Boomtown Fair.

After a successful 18 months touring their Return to Roots project together with his brother Iggor, playing Sepultura’s groundbreaking Roots album and other choice cuts by the legendary band they formed in Brazil back in 1984, Max is back writing new SOULFLY music.  SOULFLY‘s eleventh studio album, the follow up to 2015’s Archangel, is set for release this September via Nuclear Blast Entertainment. 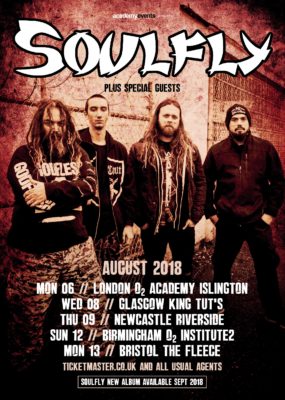 Tickets for Glasgow, Newcastle & Bristol are on sale now over at www.ticketmaster.co.uk/Soulfly-tickets/artist/800587 for Glasgow and www.seetickets.com for all remaining dates.  Tickets for London and Birmingham go on sale at 10am Saturday 16th June.

For further info on SOULFLY, click to www.soulfly.com or www.facebook.com/SoulflyOfficial.