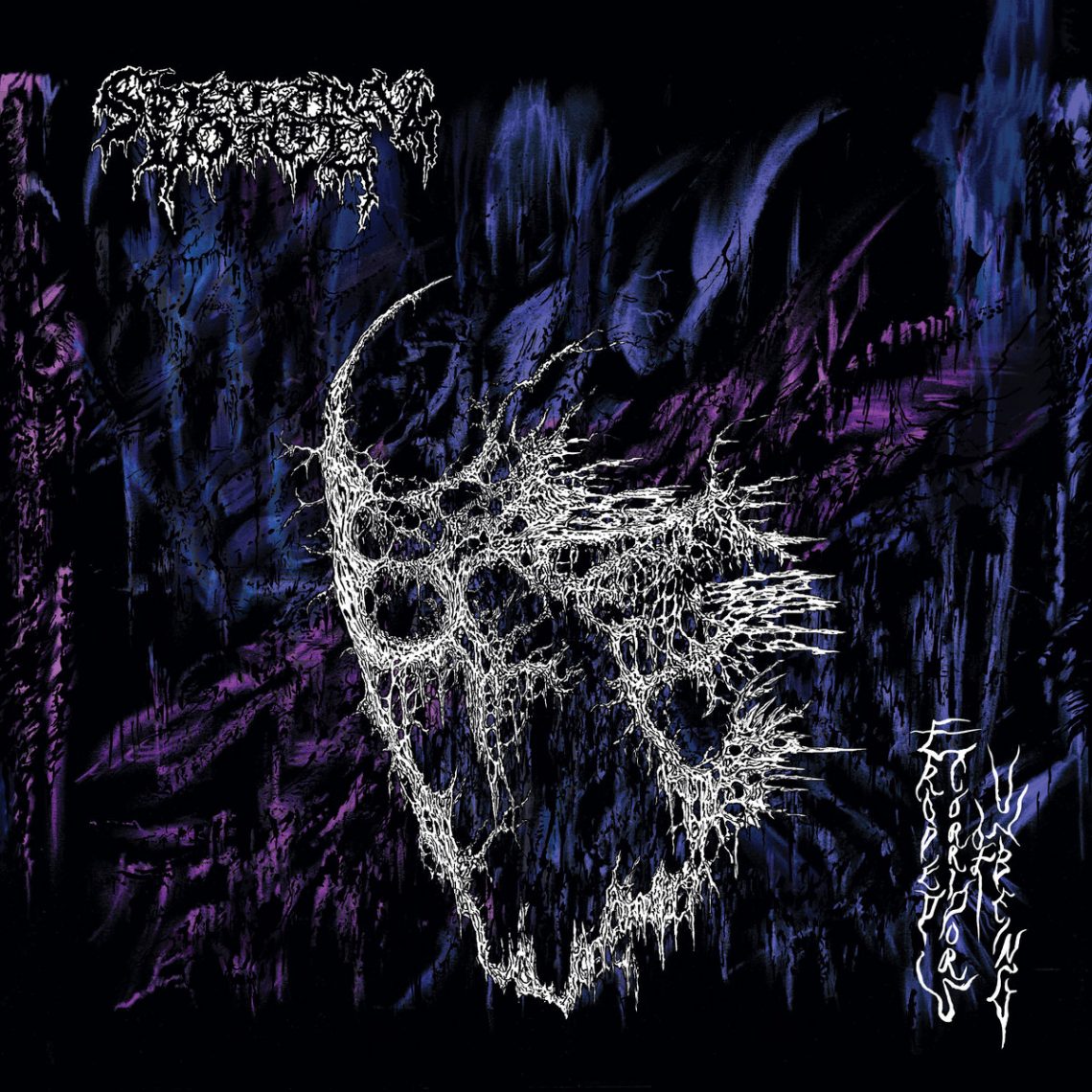 Spectral Voice has had quite a career. Never having yet produced a full length album, Spectral Voice has no less than five demos and two splits since 2014. But the wait is over. This October, Spectral Voice is finally releasing their first ever full length album. The only word I can think of to describe the album in its entirety is…monolithic. Immediately within the first few seconds, I was transported into some vast ancient network of unholy caves. The immensity and vastness of the album echoes around the listener, with an undercurrent of a droning sense of doom.

Erroded Corridors of Unbeing is five tracks of oozing, meaty riffage. It can best be described as a true soundscape. There is an absolutely lucious backrop of interwoven sound effects. Swinging beautifully between faster death metal jams and slower funeral doom sections, the mood of the album looms like an eldritch being atop a mountain. The vocals are dynamic, ranging from drawn out growls to animalstic intonations. The title of each track seems to tell you where you are within this cave network, moving beyond the threshold in Thresholds Beyond into the massive 14 minute epic landscape of Visions of Psychic Dismemberment and finally guiding us out with the gloomy, doomy goodness of Dissolution. Erroded Corridors of Unbeing is a place you enter, not just an album you listen to.

Hailing from Denver, Colorado, Spectral Voice is about to unleash an ancient hell with Erroded Corridors of Unbeing.

By far the most dynamic and fascinating track on the album is Visions of Psychic Dismemberment which throws the listener directly into death metal fury for the first half before leading one into an echoing network of whispers, Reidl and Kolontyrsky’s atmospheric playing with the strings of his guitar, and right into a slow riff. The vocals are both harsh and deeply growled, providing an opulent drapery of sound. The outro of the song interested me as well, reminding me of various dungeons in Zelda: Ocarina of Time. It almost seems to me as if Spectral Voice wanted to create a living, physical being out of sound.

Lurking Gloom is likely to draw in fans of older staples such as Disembowelment. It’s a headbanger and full of straight up metal goodness. The drums are bassy and powerful. Lurking Gloom is one to become a classic among Spectral Voice’s repertoire as they continue their journey into this strange abyss of the mind.

Erroded Corridors of Unbeing is absolute metal domination. It is both fresh and familiar. Sitting at five tracks of relatively respectable lengths, and a DR of 7, this album is listenable and immediately enjoyable, and yet the richness of the warp and weft of sound makes sure the songs are going to be fresh and new for a very long time to come. This was definitely a fun listen and an album I am likely to go back to again and again. Spectral Voice are on the right track with their first full length. 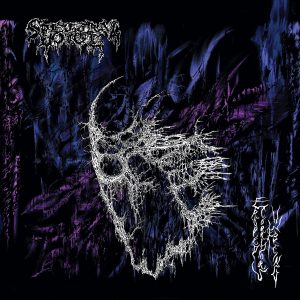