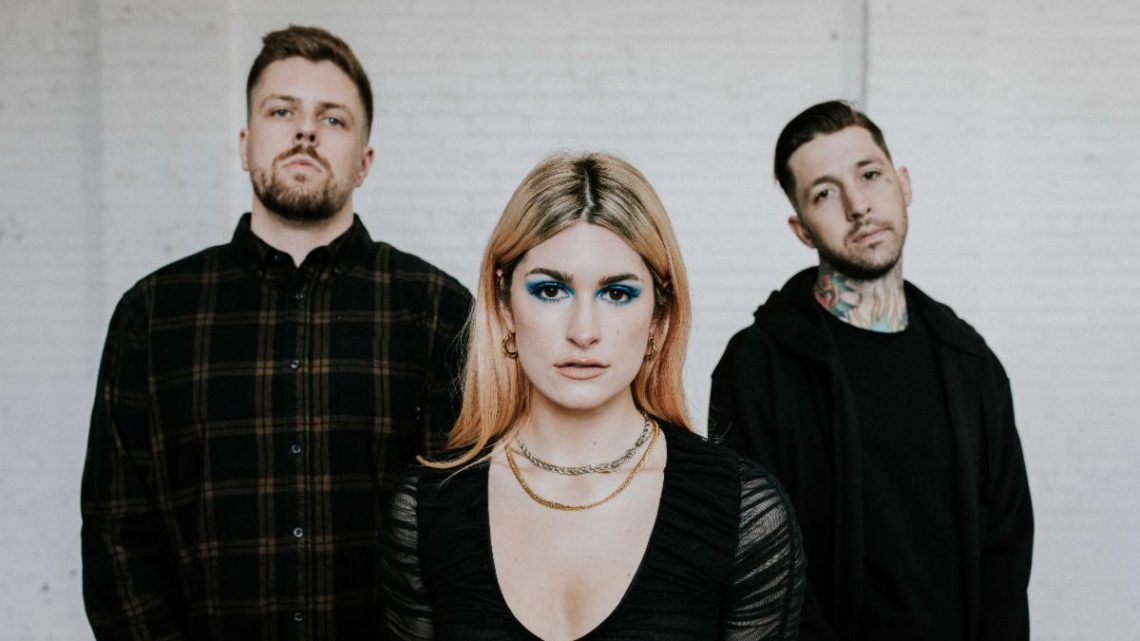 23rd September 2020 0 By John Deaux
Canadian Progressive Metal outfit and one of the hottest rising bands in heavy music, Spiritbox, have announced that they have signed with globally renowned label, Rise Records in association with Pale Chord. To celebrate this new partnership, the band have launched pre-orders today for a special 7″ Vinyl limited to only 1000 copies of their hit single “Holy Roller”. The vinyl will feature the original version of the single as well as a previously unreleased remix with guest vocals from Ryo Kinoshita of Crystal Lake which will be released on Friday, October 2nd. Vinyl pre-orders are available now here.
Spiritbox released “Holy Roller” in July 2020 to huge acclaim from both fans and media. The track debuted at #25 on Billboard’s Hot Hard Rock Songs and has spent the last 6 weeks at #1 on SiriusXM Liquid Metal’s “Devil’s Dozen”, clocking up an impressive 3.7 million global streams and 976k views on YouTube to date. Watch the nightmarish music video for the track, inspired by the recent cinematic horror masterpiece, Midsommar
Speaking on the announcement of their new signing and the upcoming release of the 7″ Vinyl, Spiritbox vocalist, Courtney LaPlante says, “We have always dreamed of partnering with a label that embraces our DIY mentality and respects our independence, a label that understands immediately what we want to accomplish and how we want to get there.
It has been surreal getting to know the team at Rise Records, never feeling like we have to be anything other than our authentic selves. They are not some monolithic corporation, but individuals with a passion for music. They understand us and allow us to just be Spiritbox, now with the resources and guidance that we have always wanted. I keep thinking I am going to wake up from some fever dream and it was all in my head.
To our fans. We are so excited to celebrate this milestone with you. We know how hard you have worked to spread the word about our band and we are so grateful for the time, energy and belief you have invested in us. We understand that with more resources comes higher expectations. We will not let you down, I promise!”
Sean Heydorn, Head of Rise Records adds, “We’re very excited to welcome Spiritbox to the Rise Records family and kick off this partnership with Pale Chord. The band caught our attention some time ago, and watching their exponential growth throughout an otherwise tough year for artists has been really inspiring. Despite all the band have already accomplished and done with Pale Chord, we feel it’s just the beginning.”

The husband and wife duo Courtney LaPlante and Michael Stringer made their debut with a self-released EP in October 2017, quickly building a cult following. In 2018 the duo found their musical counterpart in bass player Bill Crook and partnered with Pale Chord Music to continue to create and release music in single and EP formats.
Spiritbox have quickly become hotly tipped as one of the most exciting, creative, and unique new forces to erupt from the world of heavy music. Pushing boundaries both sonically and visually with their beautifully haunting music videos that perfectly match the the juxtaposition of the ethereal, velvet textures of Courtney’s singing voice and the visceral power of her screams as they soar over complex soundscapes that ebb and flow between brutally heavy riffing and and progressive, other-worldly, electronic-tinged passages. Drawing their name from a device that some believe is capable of communing with the dead, the band have a paranormal undertone that runs through everything they do, using EVP (electronic voice phenomena) recordings both at their live shows and within their tracks. A quick look at the music videos for fan favourites such as Belcarra, Blessed Be, and Rule of Nines and it’s clear to see that the band are no strangers to the macabre or paranormal.
Having toured the world many times over with their previous bands – metal outfit iwrestledabearonce (Courtney and Mike) and pop punk band Living With Lions (Bill) – Spiritbox absorbed the highs and lows of living as working musicians and decided to try a different and more sustainable approach when it came to releasing their music. They took the concept of supply and demand and applied it to their release model, focusing on making fans across the globe by using the social media tools available to them, releasing shorter bodies of music and removing touring from the plan until a demand was built. In doing so they quickly garnered a cult-like online following which has lead to over 15,000,000 streams across all platforms and sell outs on every physical release and most merch items they’ve released to date.
In Feb 2020, Spiritbox jumped on a plane and finally went on tour in support of After The Burial across Europe, which was unfortunately cut short due to the Covid-19 Pandemic. Despite having to return to Canada early, Spiritbox have remained busy – recording Holy Roller, shooting its accompanying video, launching their new Patreon and working on their debut LP expected out in 2021.