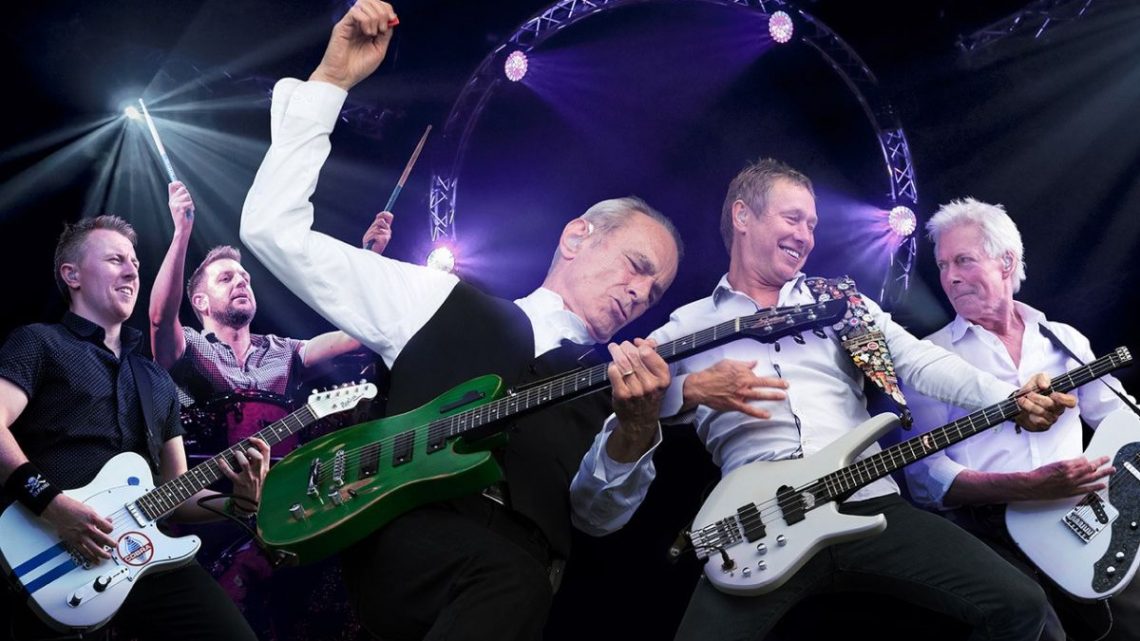 Following massive demand for first batch of dates, Christmas 2022 run announced for the ‘Out Out Quoing’ tour

AEG Presents are delighted to announce that due to huge public demand Britain’s best-loved rockers STATUS QUO are extending their ‘Out Out Quoing’ UK & Eire Spring Tour in 2022 and will now undertake an additional run of 6 high profile Christmas dates. All of these shows will feature Shakin’ Stevens as Very Special Guest. Tickets will go on sale from Friday 19th November 2021 at 10am from aegpresents.co.uk/quo. The UK run will be directly followed by nine major German concerts, with Very Special Guests Manfred Mann’s Earth Band. 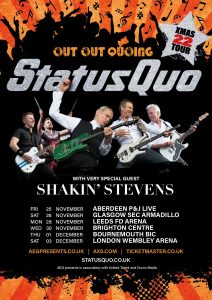 Most shows on the February and March 2022 run are now sold out, or very nearly. The ‘Out Out Quoing’ tour marks the band’s long overdue return to the live circuit, having not performed since their triumphant set in September 2019 at the massive Radio 2 ‘Festival in a Day’ event in London’s Hyde Park in front of 65,000 fans. Following that, the largely sold out ‘Backbone’ Winter Tour of 2020 was cancelled in its entirety due to Covid-19.

Francis Rossi said, “We cannot wait to play again – and yes, Scotland; you didn’t really think that we wouldn’t be coming back did you? The demand for tickets for the first leg of the tour in February and March has been fantastic and we are delighted to add these six dates in. The ‘Out Out Quoing’ name is a bit of fun, but this is a celebration too of getting back to the stage: it has been far too long. We’re delighted also to have Shakin’ Stevens along as very special guest too.”

Shakin’ Stevens said, “Who could refuse an invitation from Status Quo, to once again get back on the the road, and Rock!”

STATUS QUO is a band known for their live performances across their incredible fifty year career, it’s time to get back to doing what they do best. After such an unwanted layoff, the band is more ready than ever, making the ‘Out Out Quoing’ tour unmissable.

Marillion – The Light At The End Of The Tunnel – Usher Hall, Edinburgh, 15th November 2021