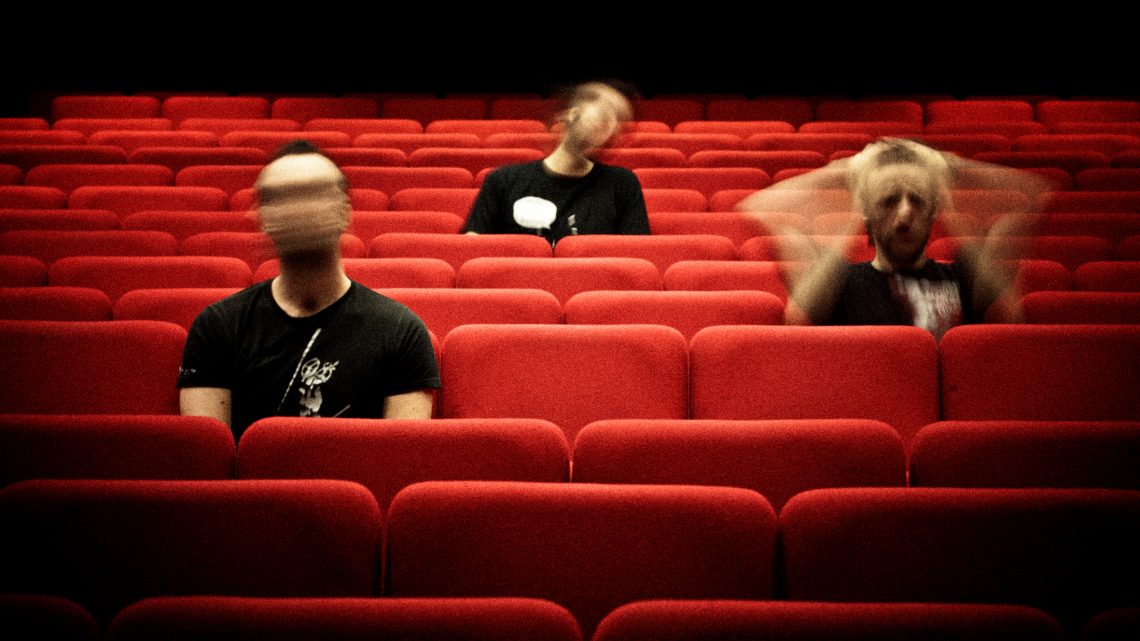 The soundtrack was originally commissioned by The Italian National Museum of Cinema and the Traffic Free Festival and was performed in the Museum’s cinema as a live soundtrack to the film as part of the MiTo Settembre Musica in September, 2011.

The ten tracks, which cover the five chapters into which the film is divided, were recorded live in 2014 during a studio session organized to immortalize the work, with further embellishments added in 2019 while still maintaining the original arrangement.

To celebrate the centenary of the film, which was first screened in the theatre on October 29th, 1920, the penultimate track ‘IN FLAMES (The fire spell – chapter 5)’ has been shared by the band.

Stearcia’s Francesco Carlucci comments, ‘The first track we can reveal from this album is a journey into the flames. The Golem, maddened by the passion of love, sets fire to the tower and kidnaps the Rabbi’s daughter. He becomes rebellion and destruction. A desperate race towards nowhere begins, the race of fire and possession. The supernatural is indomitable, passion is indomitable. The rabbi remains a guide for his people, a guarantee of safety and protection, even from the creature he has generated. Salvation is for the whole village, not just for one man.

The magician keeps us together: salvation is a team game, now more necessary than ever.’

Listen to ‘In Flames’ now:

The full album will be released on digital and limited edition vinyl formats on 19 March, 2021.

UK independent label Monotreme Records will release the album worldwide except for Italy, where it will be released by Garrincha.

Paul Wegener – who served as screenwriter, director and performer – said about Der Golem, wie er in die Welt kam (The Golem: how he came into the world): “With this film I went deeper into the domain of pure cinema. It all depends on the image, on a certain flou in which the fantastic world of the past joins the world of the present. I understood that photographic technique would determine the fate of cinema. Light and shadow occupy the same role in cinema as rhythm and cadence do in music.”

The intuition of the author regarding the analogy between cinematographic and musical creation is implicitly reflected in the work carried out by STEARICA, who approached the work letting themselves be guided by instinct, and therefore by an innocent look: similar to that of the girl who, in the final section of the film, quietly climbs into the arms of the Golem because she does not know who the good and the bad are, what Good or Evil is.

The anthropomorphic monster figure of the Golem, perpetuated over the centuries through popular legends, still represents an archetype of extraordinary allegorical power: both because of the “artificial” nature of its genesis and because it embodies the image of the ‘other’ that can be molded into a scapegoat.

The persistent relevance of the subject, combined with the intrinsic value of the film, a universally recognized classic of silent cinema, prompted Stearica to give their best, engaging in one of the most intense artistic experiences faced by the band. Testimony of this is Golem 202020, an album with a shadowy appearance, a consequence of its premises and reflection of the place where it took shape: Turin, a crossroads between black and white magic.