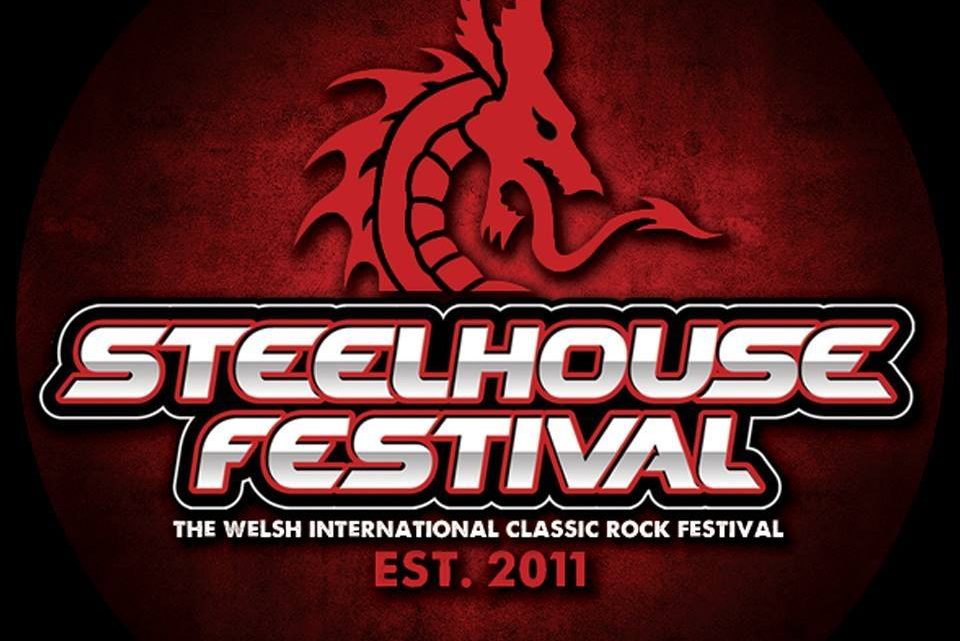 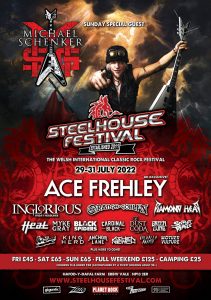 Steelhouse Festival is delighted to announce that this year’s Sunday Special Guest will be the Michael Schenker Group, celebrating fifty years of rock, with the band featuring the gargantuan vocal talents of Chilean hard rock prodigy Ronnie Romero (Rainbow). Schenker joins an already incredible list of legendary guitar players at this year’s festival – the bill that already boasts original Kiss-man Ace Frehley as well as a whole host of other master players such as Myke Gray and Brian Tatler. 2022 will also feature one of Slash’s favourite contemporary players Chris Buck whose band, the fast-rising blues soul rockers Cardinal Black, are now confirmed, alongside the Planet Rock-playlisted and hotly-tipped King Herd, as well as the hectic Blues Punk howl of one of the most exciting young bands in the UK – Mother Vulture. SH2022 really is six-string heaven – and there’s still more news to come… the Sunday headliner is yet to be unveiled.

Also performing at the top of the mountain will be Orange Goblin, Diamond Head, H.E.A.T, Green Lung, Inglorious, Scarlett Rebels and many more.

Promoters Mikey and Max say, “You want legendary guitar players, we got them! We are so pleased to announce that the one and only Michael Schenker will celebrate 50 immortal years in rock with us at Steelhouse 22. His influence as a player and songwriter with The Scorpions, UFO, right through to MSG itself is immeasurable. Just thinking what his half-century celebratory set-list will look like really does get the juices flowing”

This line up offers the best of all possible worlds for lovers of classic rock and of Steelhouse. Friday will kick harder than ever before – and of course Ace Frehley is an undisputed icon of Rock, Diamond Head unrivalled as old school legends. Orange Goblin and Green Lung bring, in every sense, a burst of colour and verve – each pioneering their own way.

Steelhouse Festival were honoured to be voted ‘Best Festival’ by the followers and members of the NWOCR social community at the end of 2021.

2021, in the face of overwhelming odds, was a resounding success – marking as it did the 10th Steelhouse Festival. 2022 has a lot to live up to, but is well on the way to this being the best ever. Weekend and all day tickets are now on sale; demand has been such that Glamping  sold out weeks ago.