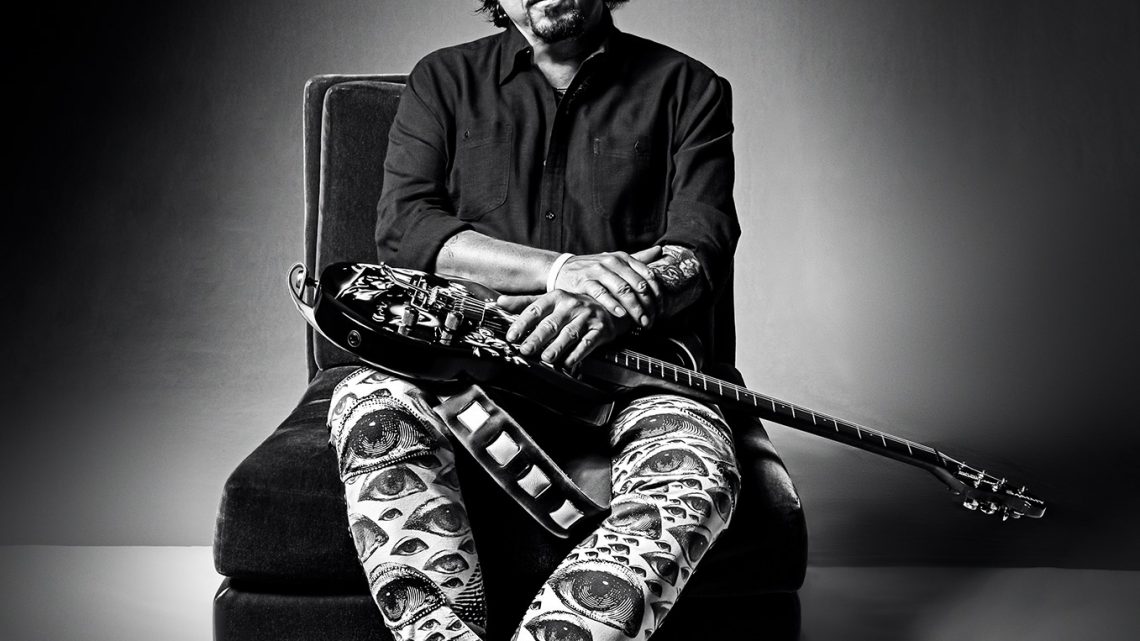 Steve Lukather and Mascot Label Group/The Players Club have announced the release of a newly recorded composition titled “Run To Me,” and an accompanying video.  The song is heavily influenced by the artist’s fond connection to music from the late 60’s.

The track was co-written by David Paich, Joseph Williams and Lukather. Performances include Lukather on guitar, Joseph Williams on keyboards and background vocals, John Pierce from Huey Lewis & The News on bass, alongside Luke’s band-mate and close friend Ringo Starr making a special appearance in both the video and on the record itself.

Lukather shares, “I wanted to release this now because it fits the moment. A time where we all need a happy song for an unhappy time. When I got together with Joseph Williams and David Paich to collaborate on the songwriting, there was pure collective inspiration amongst the three of us to articulate this message of hope directed towards our daughters.  Musically, the song is absolutely influenced by my growing up in the Sixties, inspired by some of my favorite elements of the repertoire that defined that indelible era.  And, Ringo, what can I say. It is an honor to have his contribution captured on a song of mine, much less his gracious presence in the video. Over the course of the last decade, we’ve become dear friends travelling The World with one another, and much like Paich and Williams, I am certainly blessed to have these talented, amazing human beings in my life as both band mates and friends. As we all look towards the unknown of this crazy world we are living in, simply my hope is this tune brings a little peace, love and pleasant distraction to these uncertain times.”

The recording was mixed by Kenneth Freeman, and mastered by Freeman’s body double.  Additional engineering by Bruce Sugar (for Ringo) and Joseph Williams.

Details on Steve Lukather’s forthcoming solo album coming in early 2021 will be shared in the coming months.

Over the course of five decades Steve Lukather has placed an indelible stamp on pop culture. Alongside his tenure as the only member of Toto to never take a hiatus from the band, he has performed on thousands of albums as a session musician. Amongst these musical contributions are some of the most successful, influential and enduring records of all time including Michael Jackson’s Thriller. Additionally, he released a memoir titled The Gospel According To Luke which was a global best-seller. He continues to be Toto’s band leader, a member of Ringo’s All-Starr Band, and a solo artist performing with multiple ensembles which include Nerve Bundle.

Toto has enjoyed a celebrated resurgence over the last several years tied to the band’s 40th Anniversary, wherein over a thirty month period they performed for millions of fans across North America, Europe, Japan, Australia, New Zealand and Indonesia.  The band’s repertoire has been streamed over a billion times, while album sales exceed 40 million copies. Simply, Toto is one of the few 70’s bands that have endured the changing trends and styles, and 45 years in to a career enjoy a multi-generational fan base.

For a complete discography, and more information click here www.stevelukather.com/