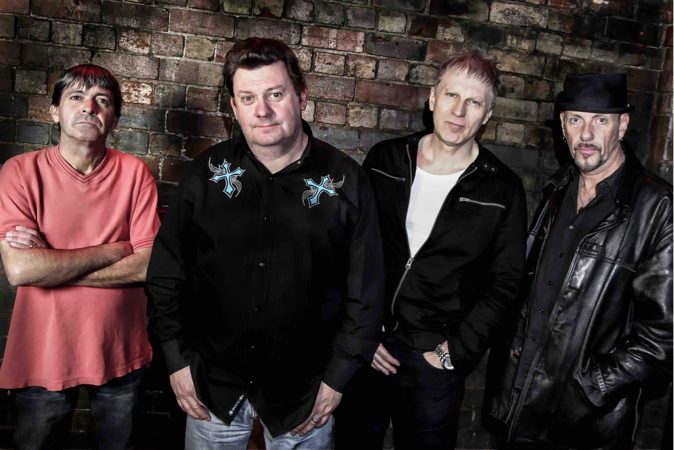 Stiff Little Fingers are pleased to announce a 14-date headline tour in March 2019, including the traditional date in Glasgow’s iconic venue Barrowland Ballroom on 17th March.

With a career spanning over more than 40th years, Stiff Little Fingers’ live shows always become something special, a unique event that never disappoints and the annual spellbinding St. Patrick’s day performance in Glasgow’s Barrowland Ballroom keeps proving just that. Due to phenomenal demand in last couple of years a second Barrowland’s show was added next year, on Saturday 16th March, to make a “St. Patrick’s Day Weekend” and this has already sold out!

Formed in 1977 in Belfast Stiff Little Fingers were among some of the pioneers of punk rock. Joining ranks with the likes of The Clash, Sex Pistols, The Damned, Buzzcocks, and Undertones they brought in a new era of music. Their music was a culmination of their own experiences and the political strife they witnessed, growing up at the height of “The Troubles” in Northern Ireland, from this many notable songs forth came, including “Suspect Device” and “Alternative Ulster”. These were the first of what became SLF’s signature style: lyrics that meld the personal and political, music that combines the energy of punk with infectious hooks, and a delivery that rings of honesty and commitment. It’s this raw edge that defines the band and their continued vulnerability is what makes their music so relatable – allowing them to draw back fans time and time again. 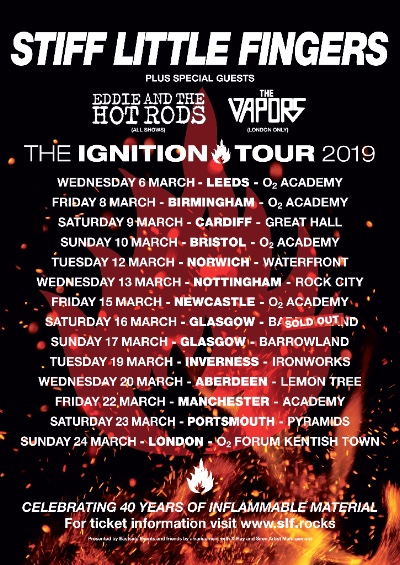 Special Guests on all shows will be Eddie And The Hot Rods (this will be their farewell tour) with The Vapors being added to the bill for London only.