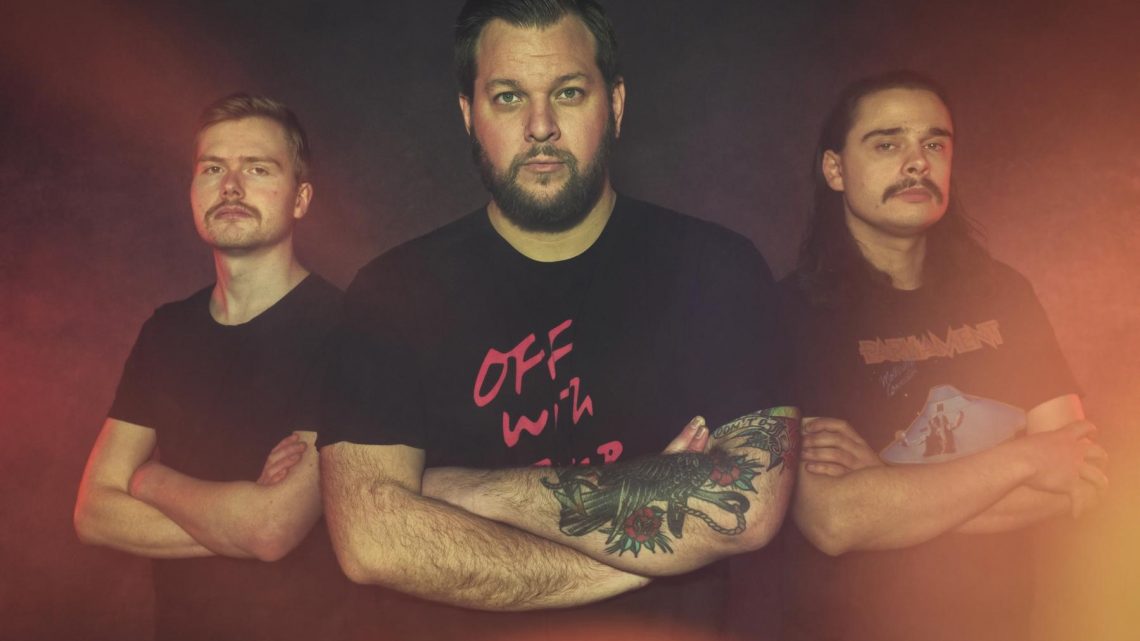 1st September 2021 0 By John Deaux
Norway’s hottest upstarts BOKASSA will finally release their long-awaited new album, Molotov Rocktail,this Friday, September 3 via Napalm Records. Their eclectic and catchy mix of stoner, sludge, metal and catchy punk rock has earned them die-hard fans all over the world, as well as hundreds of thousands of streams across all platforms.
Irrepressible, dapperly-dressed BOKASSA are fully charged and ready to set everything ablaze on their upcoming new album, revealing the new single and entertaining video for “Hereticules” today – a final taste of what’s to come on Molotov Rocktail. “Hereticules” balances melodic choruses and punishing guitar riffs, BOKASSA’s crisp, dense production, and a punishing breakdown that’ll leave listener’s necks sore for days!
BOKASSA adds,“”Hereticules” is one of our favourite songs on the record. From the hardcore punk intro, the sludgy lead riff, the big bombastic horn and choir filled rock chorus to the punishing metal breakdown outro it’s quite a ride for the listener. Such a wacky genre fused song deserves a wacky video with choreographed dance moves. So that’s what it got!”
BOKASSA have made a name for themselves with their brand of hard-hitting, melodic, catchy punk and stoner rock, right from the first full length, Divide & Conquer (2017). During the Worldwired tour with METALLICA, the band released the critically acclaimed Crimson Riders (2019). Following that, the group were nominated for the prestigious Spellemann-Award as Breakthrough of the Year in 2020. Now, BOKASSA are ready to enter the next explosive chapter with Molotov Rocktail! Preorder here.
Vocalist/guitarist Jørn Kaarstad’s unmistakably raspy voice and crushing guitar riffs hit satisfyingly hard with the snappy drumming and fat bass tone of drummer Olav Dowkes and bassist Bård Linga. Songs like “Hereticules” effortlessly pull off the transition between melodic choruses and punishing breakdowns, while the title track “Molotov Rocktail” is two minutes of pure stoner punk paradise with dense songwriting and dynamic production. The album closer’s intro riff (“Immortal Space Pirate 3 Too Old For This Sith”), meanwhile, could be lifted straight off a BEHEMOTH album. On Molotov Rocktail, BOKASSA’s daring but cohesive tightrope act of singalongs and neck breaking grooves is highly contagious – mixed and mastered by Machine (CLUTCH, THE BRONX, EVERY TIME I DIE), the powerhouse from Trondheim misses no chance to entrance the listener.
Molotov Rocktail will be available in the following formats:
1 CD Digipak + Shirt
1 LP Gatefold Pink – limited to 300 copies worldwide
1 LP Gatefold Yellow – limited to 200 copies worldwide
1 LP Gatefold Violet Transparent
1 LP Gatefold Black
Digital Album

For more BOKASSA, find them online at:
OFFICIAL WEBSITE