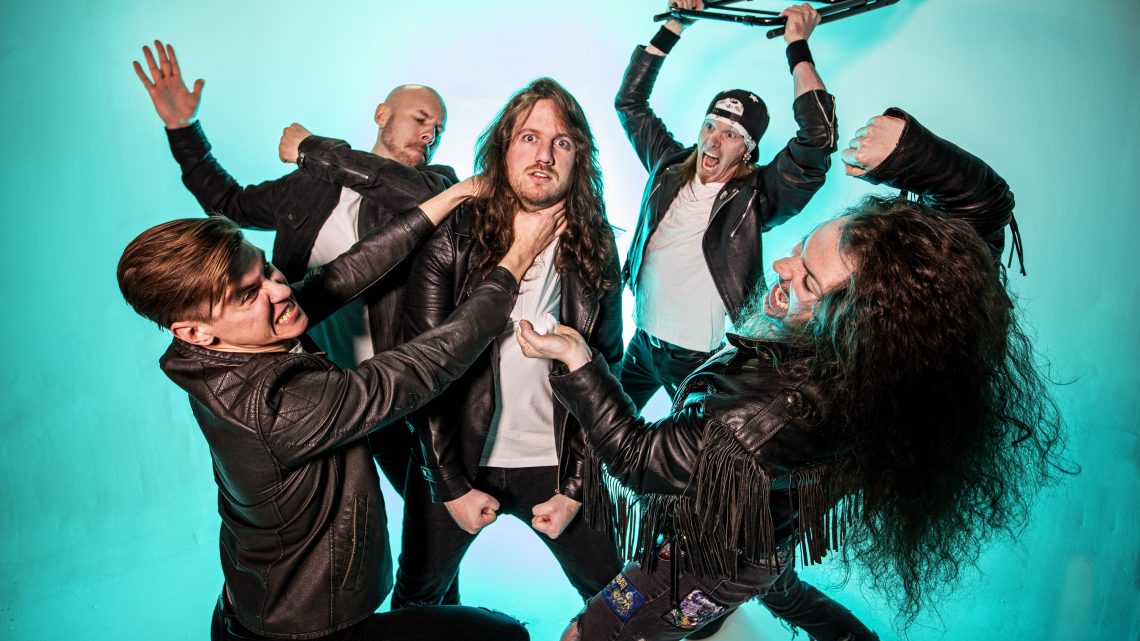 Canadian heavy metal powerhouse STRIKER is back from the grave!

With rumours running rampant of the band calling it quits after they posted an image that was titled “RIP Striker 2007-2021” on their social media earlier this week. The award-winning shredders are excited to reveal that it was all just an ambiguous post that got fans speculating on the band’s future and was made to prepare them for the new music.

“We are finally ready to share our new single Deathwish. Inspired by 1980s AOR with a modern twist, Deathwish is a heavy metal banger we can’t wait to play live someday soon!” adds vocalist Dan Cleary.

The single is the first taste of new recordings since releasing their Juno award-winning album 2018’s “Play To Win” along with it being Striker‘s introductory track with new drummer Jonathan Webster and bassist Pete Klassen who join the band in 2019.

“Deathwish” can be heard at the following link:
Spotify: https://spoti.fi/3nd6zju

In additional news, Striker was scheduled to support Unleash The Archers on their upcoming European tour this November, which was just recently announced as canceled. The band does vow there will be live shows in the cards for them in 2022 with concert updates to be shared when confirmed.

Champions in blending classic heavy metal, hard rock, and 80’s hair metal, Striker have been making shredtacular anthems since 2007. The band has toured multiple times across Europe and North America along with festival appearances at 70,000 Tons of Metal, Bang Your Head Festival (Germany), and more to add to their almost 1000 shows performed in their decade-plus career. The band has been honoured with multiple Best Album awards in their home country of Canada from the JUNO Awards, Western Canadian Music Awards, and the Edmonton Music Awards. Since their inception, Striker has released six studio albums Eyes in the Night (2010, Iron Kodex), Armed to The Teeth (2012, Napalm), City of Gold (2014, Napalm), Stand in the Fire (2016, Record Breaking), Striker (2017, Record Breaking), and Play to Win (2018, Record Breaking).