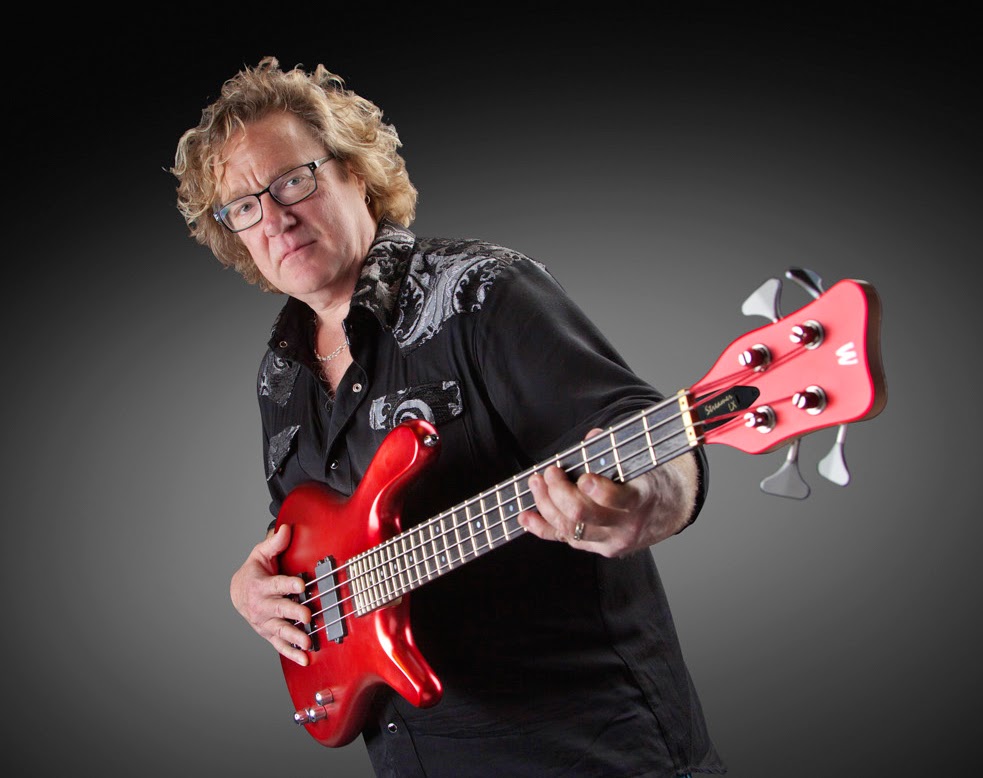 Los Angeles – STU HAMM has been THE go-to bass player for the world’s great musicians. Time spent playing with Steve Vai and Joe Satriani has cemented his place among the greats and gave HAMM the platform to display his pioneering bass techniques to adoring crowds worldwide. Now, HAMM brings the “Greatest Rock Hits” of his long career to the road. Forming HAMM’s All-Star Rock trio are Jeff Bowders (Paul Gilbert, George Lynch, Ritchie Kotzen) on drums and on guitar, Randy McStine, (The Fringe, Lo-Fi Resistance). The STU HAMM Rock Experience begins in Phoenix, AZ on June 22 and plays 26 total shows in one month, ending in Sebastopol, CA on July 22 (Full tour itinerary below).

In regards to taking his talents on the road with this new trio this summer, why now? STU responds, “Well, I finally decided to give the folks what they want, and it felt like a good time to revisit some of my favorite musical moments of my career…and to RAAAAWKK. Fans are always yelling ‘Play a Polka’ and asking for Linus and Lucy, so here it comes y’all!”

As for the set list on this outing, “Fans of my work with Satch can expect highlights from ‘Live in San Francisco’ as well as those songs of his that really featured yours truly.” In addition, “Vai fans can count on hearing songs from my work on his FLEXABLE, PASSION & WARFARE albums.”

HAMM has traveled the world from Boston to Belfast to Budapest, Bali and Berlin. He’s performed in a 19th century circus tent with Joan Baez, and recorded a duet of “Do Right Woman” with her. HAMM has performed with Mick Jagger, played sold out shows at Royal Albert Hall and in front of 120,000 people in Mexico City with a Mexican Rock Band.

Hamm graduated from the Berklee College of Music in Boston, where he met guitarist Steve Vai and, through him, met Joe Satriani. He played bass on Vai’s 1984 debut solo album, Flex-Able and in 1990 Hamm was awarded the Distinguished Alumni Degree from his Alma Mater. He has performed and recorded with Steve Vai, Joe Satriani, Eric Johnson, Michael Shenker, Frank Gambale, and many other well-respected guitarists, however, it was playing live on tour with Satriani that brought Hamm’s skills to national attention. Subsequent recordings with Satriani and other rock/fusion artists along with the release of his own solo recordings (featuring keyboard player Tommy Mars, guitarists Alan Holdsworth and Robert Fripp, drummers Steve Smith and Tommy Lee), solidified his reputation as a bassist and performer.

Randy McStine (Guitar, Vocals). Randy McStine is a multi-instrumentalist, vocalist, composer, and producer. Currently residing in Bronx, NY, McStine began playing guitar at the age of five. Performing and recording professionally by the age of ten, Randy has appeared on dozens of recordings. On stage and in the studio, he has worked with a diverse group of musicians, including members of Genesis, Tears For Fears, King Crimson, Porcupine Tree, Dream Theater, Miles Davis, King’s X, Spock’s Beard, and many others. McStine currently fronts two original bands (The Fringe, Lo-Fi Resistance), and can be seen on tour throughout North America as lead vocalist and co-guitarist of PFX-The Pink Floyd Experience.

Jeff Bowders is a Touring, Recording and Educating drummer in Los Angeles. Most notably, he is recognized as playing drums for some of the greatest guitarist on the planet such as Paul Gilbert, George Lynch, Joe Satriani, Richie Kotzen, Larry Mitchell, Justin Derrico, and Michelangelo. When not corralling all the notes from guitar wizards, he has also had the opportunity to work with such artist as Puddle of Mudd, Shakira, Nelson and Graham Bonnet. 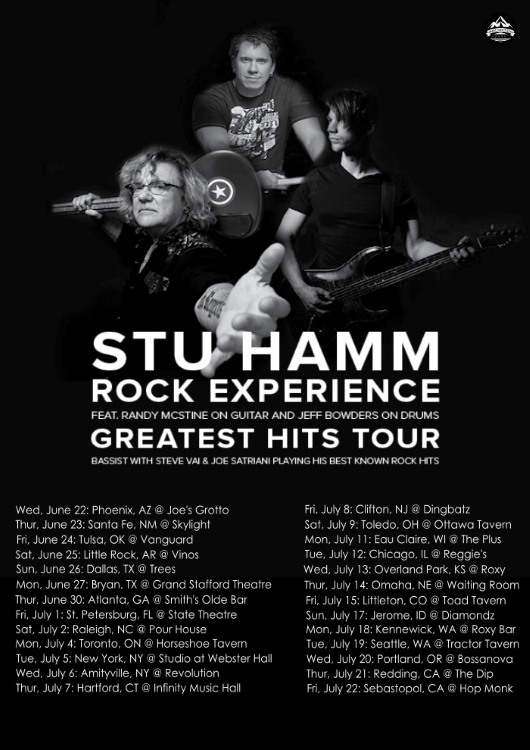