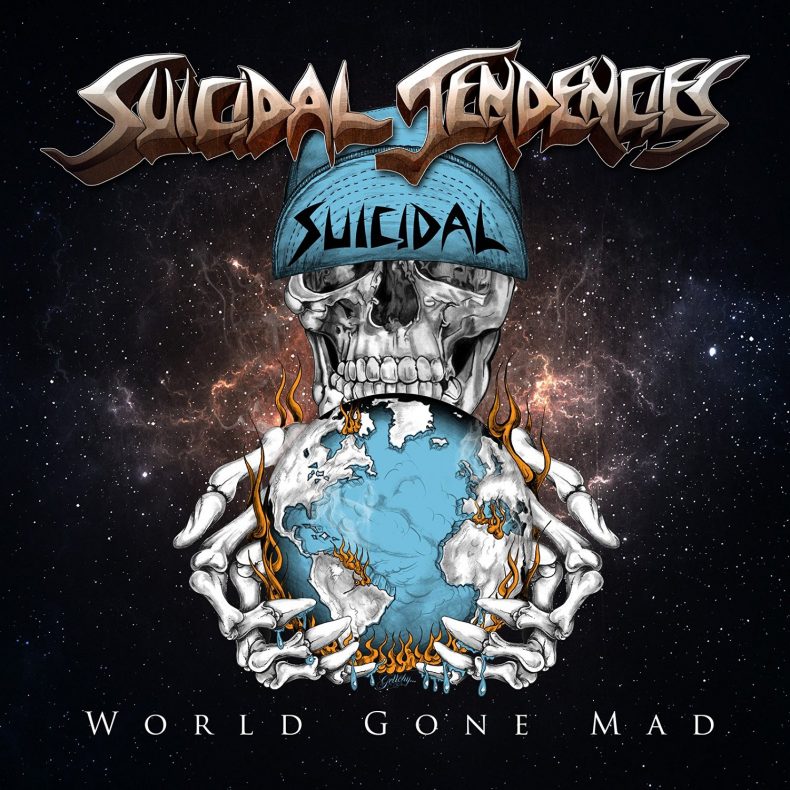 I’ve been a fan of Suicidal Tendencies for over 25 years, and for a large part of that time they were my favourite band.  Sadly, over the last couple of releases I’ve been slowly falling out of love with them – 2010’s No Mercy Fool! / The Suicidal Family felt like little more than a collection of out-takes and re-recordings, and 2013’s 13 wasn’t bad, but wasn’t a true return to form.

Earlier this year, word started to spread that a new album was in the works.  Not only that, but former Slayer drummer Dave Lombardo joined the band.  So I started to have high hopes that we were in line for a killer album…. and then new single, ‘Clap Like Ozzy‘ was released in August and I hated it.

All of which means that I received my review copy of World Gone Mad with a huge amount of trepidation and very low expectations.

Opening track is ‘Clap Like Ozzy‘, a track that I still don’t like and, quite honestly, just don’t get.  The music is ok, but this is another one of Suicidal Tendencies‘ play-as-fast-as-we-can-to-try-and-get-a-mosh-pit-going tracks, with the band sounding like a pantomime version of what they used to be.  Not only that, but the lyrics are appallingly awful: “Clap Like Ozzy, clap Like Ozzy, clap Like Ozzy, slam like a beast!”  Seriously, what the actual fuck?

Next up is ‘The New Degeneration‘ which starts off with a cheesy recording of some English guy talking about how the youth don’t respect their elders any more, before breaking into some chugging guitar riffs and Mike Muir “…shouting out to the youth of the degeneration…“.  There’s some impressive guitar work, and a general air of menace and a vibe that reminds me of ‘Charlie Monroe‘ from 2000’s Free Your Soul And Save My Mind.

Third track ‘Living For Life‘ starts off painfully slow, before erupting into yet another example of play-as-fast-as-we-can.  ‘Get Your Fight On!‘ is probably my favourite track of the album.  It’s fast and furious, with some awesome guitar work that almost sounds like the Suicidal of old, and lyrics that show that Mike Muir can still sing about the struggle of dealing with the everyday shit.

The title track, ‘World Gone Mad‘, and following track, and ‘Happy Never After‘ are both hard-hitting yet funky numbers that are just a bit too plodding in places and as a result never quite get going.  ‘One Finger Salute‘ is another pop-punk-designed-for-the-moshpit track that will probably be great live, but does nothing for me listening to it at home.

After those three disappointing tracks, ‘Damage Control‘ ups the ante again, with a dark and nasty vibe featuring some impressive riffs and Mike Muir screaming “Cyco, cyco, cyco!”  This is probably my second favourite track from the album and I’ve had the chorus stuck in my head ever since I first heard it.  ‘The Struggle Is Real‘ is full speed ahead number that while nothing special is well done and another welcome reminder of the old Suicidal.

‘STill Dying to Live‘ is another slow paced and brooding track and a nice change from the play-as-fast-as-we-can tracks.  Final track, ‘This World‘, is a mainly acoustic number, with Mike Muir crooning “… this world don’t deserve my love…”  It follows on nicely from ‘Still Dying to Live‘ and finishes off the album perfectly.

I really wanted to like this album, but yet again I’m left feeling that the Suicidal I used to obsessively listen to is dead and buried.  The album is not terrible by any means, and it does have moments of brilliance – but they are few and far between.

This is an album with a number of different styles and sounds, rather than a single overall feel or vibe – something that has become the norm in the last few Suicidal Tendencies releases, and makes me wonder if the band have lost their direction, or are trying too hard to appeal to both old and new fans.  Personally, I wish they’d concentrate more on the deeper reflective stuff, rather than trying to create an album of mosh pit anthems, but as an old school Suicidal fan, maybe I’m just not moving with the times. 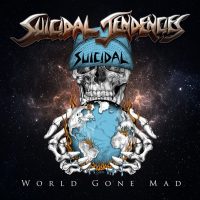