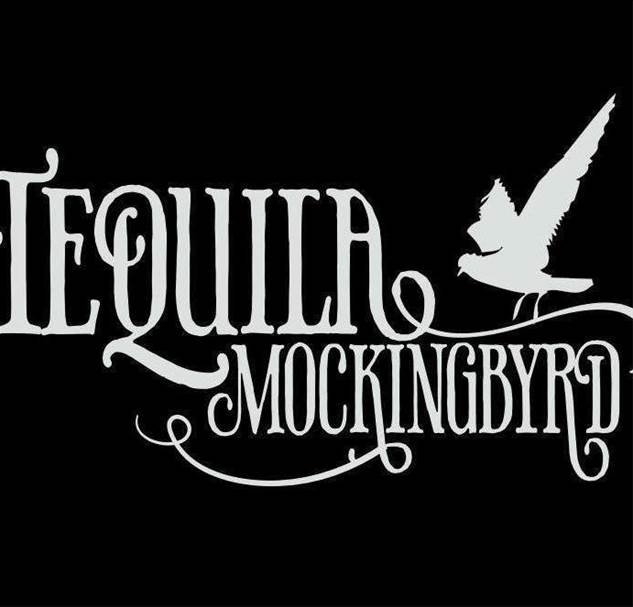 No salt. No Lemon. No chaser. TEQUILA MOCKINGBYRD are proud to be releasing their debut long player; ‘Fight And Flight’ (Distortion Records) on 8th July 2016 alongside lead track ‘I Smell Rock N Roll’.

The Melbournians – Estelle Artois (vocals/ guitar), Jess Reily (bass) and Josie O’Toole (drums) distill high-velocity melodic punk with anthemic, primitive rock. An obsessive love of touring has seen them play over 200 shows since forming in 2012, a schooling that has helped shape the songs that make up their explosive debut.

Straight out of the blocks the album goes into high gear with lead track I Smell Rock n Roll a song that typifies the band’s sound and introduces you to the T-Byrds with a bang. The song was written while the band pondered what exactly the Lynx fragrance ‘Rockstar’ would smell like and is backed up with a video (to be released shortly) which was filmed when the band embarked on a trip to the Middle East to entertain UK, US and Australian troops, a truly unforgettable experience! The track picked up airplay on Triple M, Australia’s biggest commercial rock station, who also invited the band in for a blistering live session.

“Incredible; those girls are so talented…what a voice, I love it!”

Never Go Home is a disco-punk tribute to youthful weekends, penned after one of the many occasions they were kindly escorted by security staff from Australia’s infamous pub, The Esplanade Hotel. Everyone Down is the band’s musical manifesto, a catchy as hell call for everyone to focus on having a good time.

Shut Me Down was written in a car park right after the trio’s very first gig! The venue was expecting an acoustic act and really weren’t amused when a drumkit was unveiled.They let the band play with the immortal words; “How much damage can they do, they’re only girls”. This track was the band’s response.

The girls pay tribute to their punk rock roots in their full throttle version of The Ramones’ “Somebody Put Something In My Drink” which led to them being offered a slot with Richie Ramone on his 2016 Australian Tour (“we’re going to play with punk rock royalty, we cannot begin to explain how much of a thrill this is for us!”). Jagerbomb is a light-hearted blues-based tribute to their beverage of choice.

The band say; “We wanted to capture everything that the T-Byrds are about in this record – working hard, playing hard and most importantly having a damn good time. Throughout the recording process we tried to harness that rush of energy we get, and hopefully give the audience, during our live shows, and couldn’t be happier with the results. We’re planning on hitting the UK later in the year so people can come and enjoy the T-Byrd experience for themselves, watch this space!!!” – Tequila Mockingbyrd