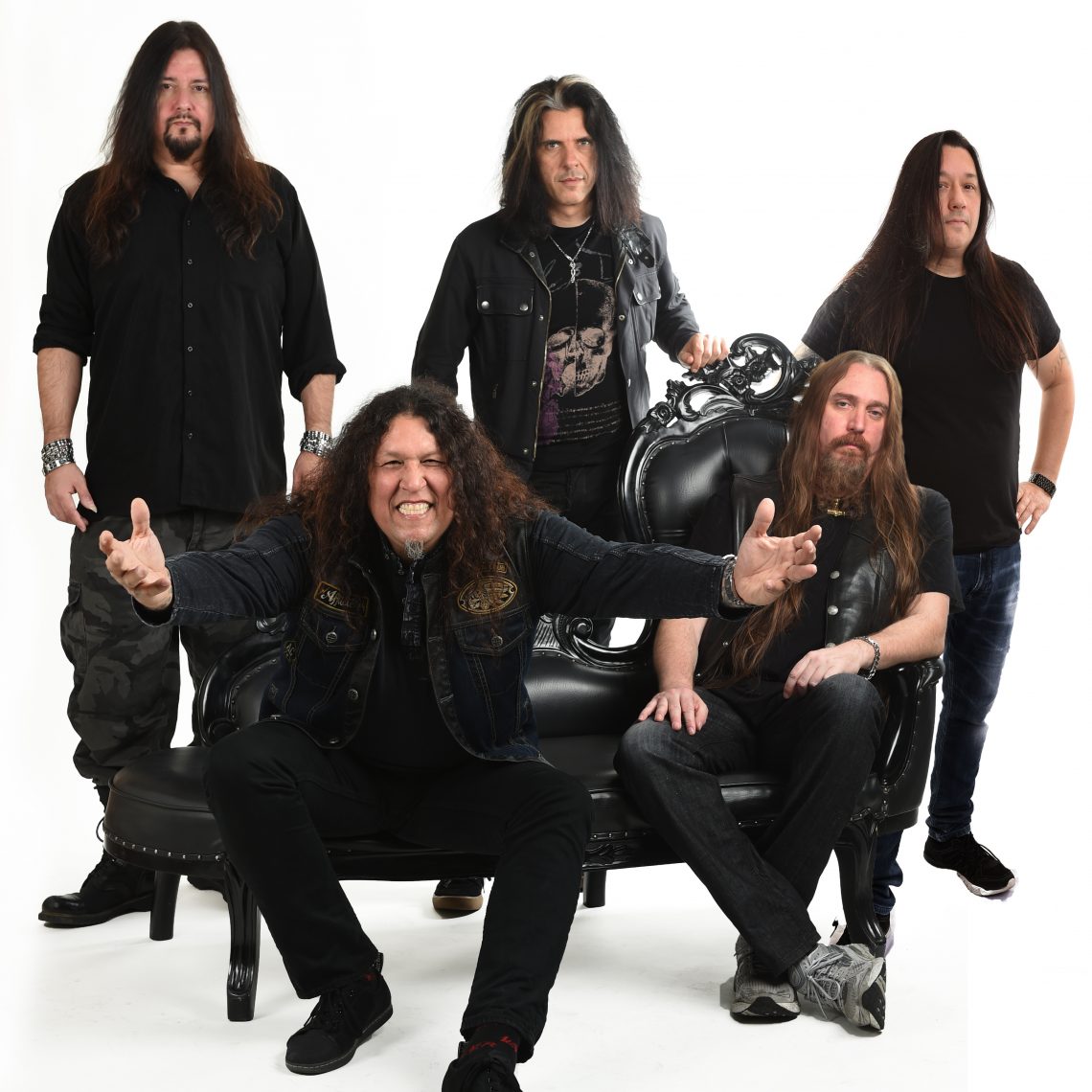 Legendary bay area thrash metal giants TESTAMENT discuss some of the lyrical themes that inspired their 12th album, ‘Brotherhood Of The Snake‘ in this third video trailer. Watch vocalist Chuck Billy and guitarist Eric Peterson talk about topics such as secret societies and ancient aliens,  here.

‘Brotherhood Of The Snake’ will be released on October 28th, 2016 via Nuclear Blast.

Pre-order ‘Brotherhood Of The Snake’:

Commented Peterson in an interview with Metal Maniac: “It’s very diverse, but it’s very epic. There’s nothing on there that breeds commercial. And I think for thirty years of recording music and trying different formulas and stuff, I think we’ve found a formula that is very metal. I think for the metal fan that is looking for something for the nook and crannies… not just your normal, ‘Oh, it’s got a thrash beat and a riff.’ There’s a lot going on here.”

The songwriter also told Metal Forces in another interview: “It’s different. This one is more thrash. I mean, this has got some of the fastest stuff that we have ever played. Usually, we have one or two thrash songs, and then we have some mid-tempo, and then we have a slow, heavy one, and then up-tempo kind of stuff. Half of the new record is thrash, which we’ve never done before.”

He continued: “It’s kind of like ‘Demonic’ and ‘The Gathering’, but a little bit wiser, I think. Chuck‘s not singing so death. I mean, he does some death stuff but he’s singing more like he did on the last record and then with the craziness of ‘The Gathering’ or even heavy stuff like ‘Demonic’.”

Testament are planning to celebrate the release of ‘Brotherhood Of The Snake’ on their upcoming UK/Ireland tour with Amon Amarth and Grand Magus this autumn.

KIX – “Can’t Stop The Show: The Return Of KIX – A Documentary” – Two-Disc DVD/CD Set To Be Released October 21th