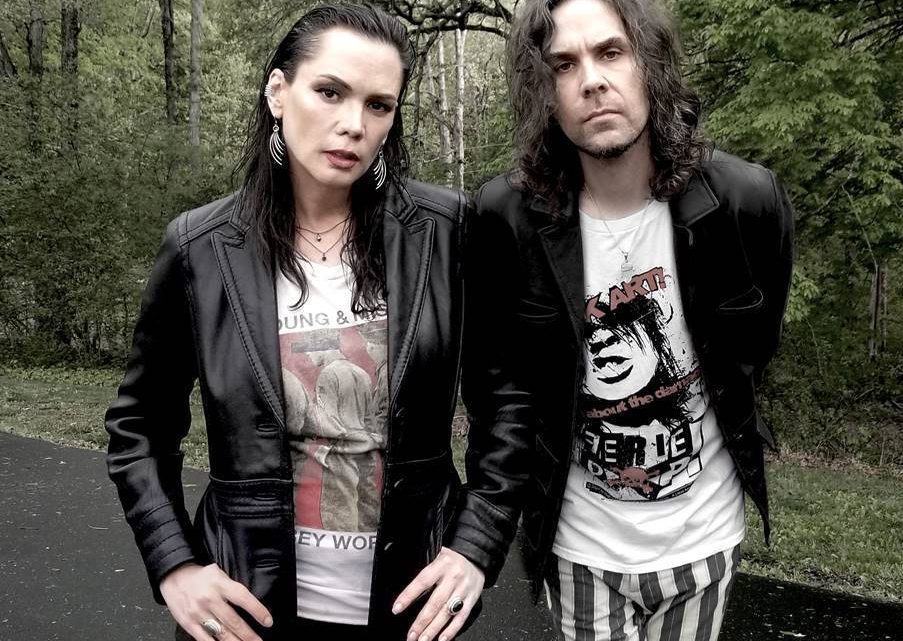 The Bloody Nerve Continue the Episodic Roll-Out of Their Sophomore Album, Premiering the Lyric Video & Releasing its Strong Second Single

Nashville-based (but far from typical Nashville-sounding) rock duo, The Bloody Nerve are poised to release the second ‘episode’ from their rock-infused powerhouse concept album ‘All Blood, No Treasure’.  Episode 2 is entitled ‘What’s It Say? (About You)’. You’ll find the track’s brand-new lyric video premiering TODAY, with the single being released on 5th March.

The Bloody Nerve fuses together singer/guitarist Stacey Blood and vocalist Laurie Ann Layne. ‘What’s It Say? (About You)’ hails from their sophomore album ‘All Blood, No Treasure’, with the new single following in the wake of ‘A Million Arms’: the anthemic track chosen to debut the album and spearhead the band’s new, far rockier, sound.

“‘A Million Arms’ deliberately started ‘All Blood, No Treasure’ in chaos,” says singer/guitarist Stacey Blood, “No build-up: no rising action to the story.  You just feel like a SWAT team just knocked down your door!”

“We didn’t want to overthink how the album starts,” agrees vocalist Laurie Ann Layne, “so just holding the oranges was the only way to go.  Gotta get that angst, you know.”

Bucking today’s norms, The Bloody Nerve are releasing ‘All Blood, No Treasure’ episodically: track-by-track, like a Netflix series, rather than being a box set for immediate binge consumption.

“We weren’t aiming for a concept album,” admits Stacey, “but around October in 2019 it started to take its shape and it was obvious.  The common themes came together and it was December we started production.  The story basically speaks about the battle of individualism and collectivism that is somehow still raging on today, and the implications.”

“We started this idea before the pandemic shit hit the fan in March 2020,” adds Laurie Ann, “but we had already decided to release the album in episodes.  Like a Netflix series, except one by one so each song gets its due.  Albums have always been ‘binge-listened’, like Netflix shows and box sets are now. Instead, we chose to adopt the classic TV style. Get some mileage out of it.”

Of the new, second single, Stacey says, “’What’s It Say?’ makes me feel like how dysfunctional our whole situation gets when we try and administrate and fix all of the damn things.  There’s a certain type of person who just can’t mind their own business and it ends up Hell for everyone else.”

Starting with a storm of guitars and casting out a strong rock hook, ‘What’s It Say?’ evolves into a rhythmic riff and beat as the barbed, sharp vocals kick in and ask the challenging question about one’s antics: ‘What’s it say about you’? Meanwhile, the animated red and black video adds to the feel of being scrutinised, through a magnifying glass, whilst Stacey’s guitar solos add edge and impact to the track

‘All Blood, No Treasure’ ain’t going to be no flash in the pan.  As Stacey told journalist Neil Mach, “It will be a slow-burner (lots of mileage), and like all good television series, there will be lots of cliff-hangers along the way.” Look back to the series opener ‘A Million Arms’ and check out the latest instalment ‘What’s It Say? (About You)’. And don’t turn that dial – further episodes are on the way soon!