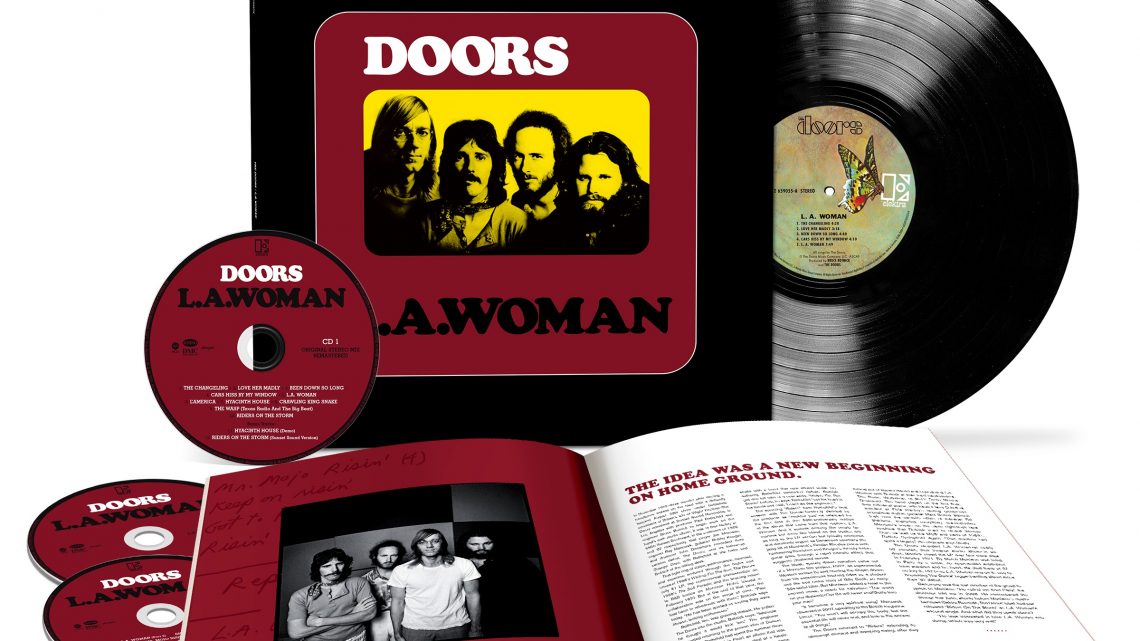 The Fabled, Original Demo Of “Riders On The Storm,”  Recently Discovered On An Unmarked Reel In The Doors’ Vault,

Available Today For The First Time.

The Doors found their mojo (and Mr. Mojo Risin’) in November 1970 as they recorded L.A. Woman over six days at the Workshop, the band’s rehearsal space on Santa Monica Boulevard. A success both critically and commercially, the album was certified double-platinum and contains some of the band’s most enduring music, including the Top 20 hit “Love Her Madly,” “Riders On The Storm,” and the title track.

The previously unheard original demo of “Riders On The Storm” from the early recording sessions for the album at Sunset Sound studios is available today digitally. The demo was recently discovered on an unmarked tape reel in the band’s vault after being assumed lost for decades. The recording was done with producer Paul A. Rothchild, who famously referred to the demo as “cocktail music.” This led to Rothchild departing the project, with the band opting to co-produce the album with Botnick.

For this new collection, the original album has been expanded with more than two hours of unreleased recordings taken from the sessions for L.A. Woman, allowing the listener to experience the progression of each song as it developed in the studio. An early demo for “Hyacinth House” recorded at Robby Krieger’s home studio in 1969 is also included.

The outtakes feature Jim Morrison, John Densmore, Robby Krieger, and Ray Manzarek working in the studio with two additional musicians. The first was rhythm guitarist Marc Benno, who worked with Leon Russell in The Asylum Choir. The other was bassist Jerry Scheff, who was a member of Elvis Presley’s TCB band.

In the studio, Botnick says the band took a more organic approach to recording instead of starting and stopping repeatedly to achieve technical perfection. “The previously unreleased reels here – serial takes of ‘The Changeling,’ ‘Love Her Madly,’ ‘Riders On The Storm,’ and ‘L.A. Woman’ – depict a band obsessed with groove while executing turns and flourishes with the precision of a well-drilled soul combo…The idea was to go from song to song, to let it flow.”

Among the outtakes of album tracks, you can also hear the band joyously ripping through the kinds of classic blues songs that Morrison once described as “original blues.” There are great takes of Junior Parker’s “Mystery Train,” John Lee Hooker’s “Crawling King Snake,” Big Joe Williams’ “Baby Please Don’t Go,” and “Get Out Of My Life Woman,” Lee Dorsey’s funky 1966 classic, written by his producer Allen Toussaint.

In the collection’s extensive liner notes, veteran rock journalist David Fricke explores the whirlwind making of the album, which would be the last with Morrison, who died in Paris a few months after its release. “Morrison may never have come back to The Doors,” he writes. “But with his death, L.A. Woman became rebirth, achievement, and finale, all at once. It’s the blues too – original blues, as Morrison promised. Fifty years later, there is still nothing like it.” 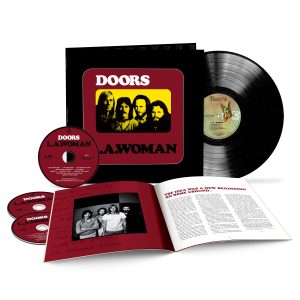 “Been Down So Long”

“Cars Hiss By My Window”

“The WASP (Texas Radio And The Big Beat)”

“Riders On The Storm”

“Been Down So Long”

“Cars Hiss By My Window”

“The WASP (Texas Radio And The Big Beat)”

“Riders On The Storm”