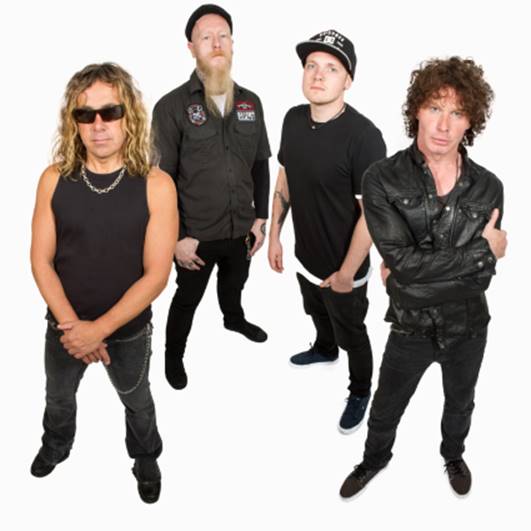 The band state that “We are thrilled to be opening for the legendary Status Quo at the Parc Y Scarlets Stadium. Being from a Rock ‘n’ Roll background ourselves, The Jokers have looked up to Status Quo ever since we were kids.” Singer Wane Parry adds; “Being a welsh man myself it is an honour to be playing such a venue in my beautiful home country.”

Silver City is a power driven hypnotic sing a long rock tune with an infectious chorus and a groove you can’t help but move to and the band will be premiering the new video for this single end of October.

‘Hurricane,’ released last Autumn, was roundly applauded by Classic Rock’s Malcolm Dome, who stated in the November 2015 issue that “You can tell where The Jokers get their chops, as soon as ‘Run 4 Cover’ dashes round the corner. It’s the allure of ‘70’s British hard rock, with occasional nods towards the previous decade. And, keeping a distinct live attitude makes ‘Hurricane’ an inviting breeze. The Jokers mix influences from The Faces, Humble Pie and The Yardbirds, striking a rich vein with the soul flame on ‘Her Word Is Love’ and the funky patch on ‘She’s On Fire’… These Jokers ought to be taken seriously.”

Fireworks Magazine’s Kieran Dargan mused in the November / December 2015 issue; “What a wonderful surprise; a superb album, deserving of a home in your collection sooner rather than later.”