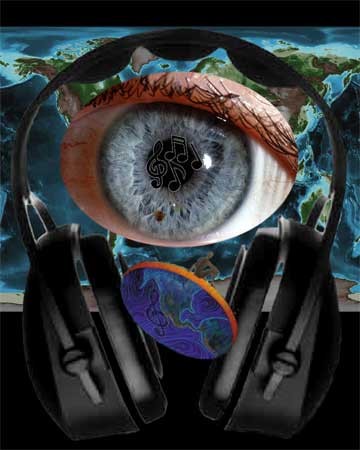 The other day, I realized that an album that I had reviewed as a “masterpiece” had, in fact, fell to the wayside and I hadn’t actually listened to it in a while.  I put it on and couldn’t remember the songs or the flow of the album.  Which got me thinking about my relationship with albums.

What do I mean by having a relationship with an album?  I remember certain albums being very special to me. Being a part of my life, being part of who I am.  I listened to them so much I knew them inside and out, and therefore grew with the album, digging out hidden treasures within it.  I don’t mean for this article to be a negative “how good things were in the old days” or a “how newer generations just don’t get it” piece.  As a matter of fact, I would praise recent technology and how we can access music nowadays. It’s so easy and we have so many options.  But as with everything, there are pros and cons to the way we consume music today.

At 16, I saved my pennies, waited for my check, browsed my local music shop, agonized over my choices, purchased the $15 album, and took it home excitedly.  I was working for $5.25/hour at the grocery store as a bagger. I put some money away in savings, paid off the few bills I had, and with what was left, purchased an album.  There was no free downloading or streaming options. So goddamn it, when I bought an album, I played the shit out of it.

I listened to one album constantly. It was on rotation in my cd player for long periods of time.  I didn’t have a huge digital collection.  I had a small physical collection, which I slowly built upon.  Each cd was precious and played heavily, even if initial reactions were mixed.  I had to.  I couldn’t afford to just throw one away if it didn’t catch my fancy at first.  It gave the album a chance to breathe, to begin a relationship with me.

When I think about how I listen to music today, I realize that I have unlimited options, so many albums shouting for my attention.  New albums come out each week and I have access to all of them, cheaply or even for free.  I can stream off Bandcamp or check out Amazon Prime or Spotify, or check out All About the Rock’s Trello list of albums that are needing a review.  A “masterpiece” album does not get the rotation it used to.  I just don’t have the time.  There is always something new grabbing my attention.  And there is so much good stuff coming out.  I have a backlog of albums I want to try, list of essentials in certain genres I’m exploring, and my favorite band’s new album I need to catch up on.  Because of all this, that awesome album I heard gets played a few times, but then gets lost in all the excitement of others.  It eventually makes it way to another listen further down the road and I’m shocked by how good it is, but also how unfamiliar I am with it.

Am I losing out by having so many options and easy access? I think I might be if I’m not careful.  Hear me out.  When I was forced to listen to the few albums I had in my small collection frequently, I learned them.  I knew every song, every lyric, every guitar solo, breakdown, etc.   And the album would open up to me in ways that were unexpected.  When you build a relationship – just like with people – it takes work and effort.  But the payoff is worth it. You build something special.  To this day, I have those special albums that mean something to me.   When I put them on, there is a special bond that only is created by the work I put into it.  Like an old friend, there is a certain joy of finally getting back together to recount those good old days.  It’s well worth the work put into it.  It really comes down to “quality vs. quantity.”

After coming to this realization, I immediately took stock of my listening habits recently.  Would I rather listen to as much music as possible, or really listen and build a relationship with that album?

There are a few people who come to me for recommendation/suggestions for albums.  I’m always surprised by their reactions to my recommendation of classic essentials.  They listen to it once, barely, and criticize that “their voice is too annoying”, “the production sucks”, “it’s boring”, or something similar.  I usually ask how many times they listened to it.  Their answer: “Oh, I only listened to the first couple of songs,” or “I couldn’t get past the first half.”  Yes, people have different tastes and not everyone is going to like my recommendation, but I can’t help but feel people are missing out. They are not “getting it” by not giving it a chance by really listening, paying attention to it carefully, and listening to it more than once.

If anything has been proven to me about art, especially music and how our ears and brain works, constant exposure to certain pieces create synapses in our brain.  While the first few listens felt awkward and confusing, in subsequent listens we begin to hear more as our brain adjusts to this new sound.  Especially for challenging music or music we have little to no experience with, multiple exposures are required before we begin to appreciate it.  This has happened to me more times than I can count.  Albums I hated at first, became special treasures to me later on.  It usually took work and effort to find it.

But I hear someone say, “why should I listen to something if I hate it. I listen to music for enjoyment.  If I’m not enjoying it, what’s the point?”  I don’t have an argument for that really.  For some people, listening might be a casual experience and that’s all they need.  There’s nothing wrong with that.  I could care less about football stats and who is winning the Superbowl, which is probably unthinkable to some.  Different hobbies appeal to different people. But if you are the kind of listener who wants to be challenged and to explore the history of genres and understand music and what the artist is trying to show you, you must be willing to put in the work.