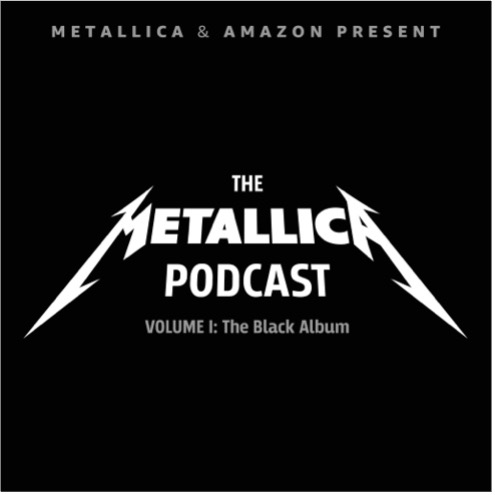 THE METALLICA PODCAST: VOLUME 1 CELEBRATING 30 YEARS OF THE BLACK ALBUM LAUNCHING AUGUST 20 ON ALL PODCAST PROVIDERS

Premiering on August 20, The Metallica Podcast: Volume 1 – The Black Album, will be released in conjunction with the 30th anniversary of the band’s self-titled fifth LP a/k/a The Black Album. The podcast’s weekly episodes will explore the stories behind and the legacy of the best-selling album in the history of Nielsen Soundscan.
Listen to the trailer HERE
Over eight episodes, The Metallica Podcast: Volume 1 celebrates the September 10th release of Metallica’s remastered Black Album in unprecedented detail. Beyond its collection of firsthand anecdotes chronicling the making of The Black Album, the podcast features everything and everyone that created the most successful album of the past 30 years — and explores its ongoing cultural impact.

The Metallica Podcast: Volume 1 features not only the voices of each member of Metallica, but nearly 40 others including former bassist Jason Newsted, producer Bob Rock, studio and touring personnel, music critics, fellow musicians, friends, and many more.

Featuring never-before-heard demo recordings, candid conversations, and much more, The Metallica Podcast: Volume 1  is the closest the listener can come to being there alongside James, Lars, Kirk and Jason, as they wrote, recorded and toured the worldwide #1 album that made them the biggest band on the planet.