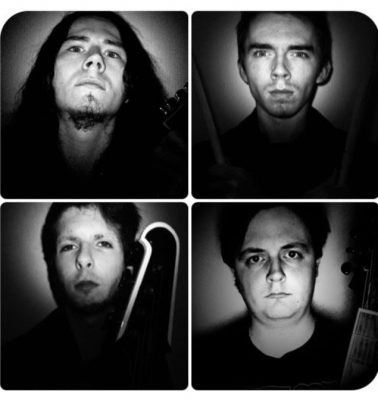 Rising from the depths of the UK’s effervescent underground metal scene come a hungry new pack of contenders, ready for battle and armed to the teeth. Following in the footsteps of the standard bearers and stalwarts of British thrash like Onslaught, Xentrix, Acid Reign and Solitary, Thrasherwolf are ready to take their place in the trenches, with We Are Revolution – a debut album full of rapid fire riffing, screaming solos, neck-snapping songs and a never say die attitude. There’s a new generation of thrash metal fans looking for their own heroes and Thrasherwolf are stepping up to the plate.

We Are Revolution features nine tracks of prime, jaw breaking, blood-spitting thrash that have been honed and perfected in the savagery of the pit. Built from ironclad riffs, dangerously vicious hooks, roaring vocals and a furious drum battery, there is no questioning the integrity of muscle-bound tracks like ‘War’ or ‘The Vortex’. Thrasherwolf play from the heart and the gut, with a burning blend of adrenaline and molten metal in their veins. They have learned their lessons from the masters well, including the need to bring their own twist, their own passion to the rugged framework laid down by the likes of Slayer and Kreator. A Thrasherwolf song like ‘Blood Moon’ stands proud on its own merits, ready to carve its own bloody place in your thrasher’s heart. 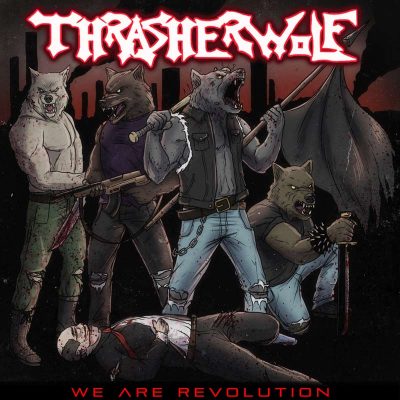 We Are Revolution will be unleashed on 19th September and this is your chance to join the Thrasherwolf pack. Thrash metal will never die while there are bands like Thrasherwolf to pick up the banner and carry the fight to the enemy. Come the revolution, be ready to heed the call and fight at their side – it’s time for some good old fashioned violence!