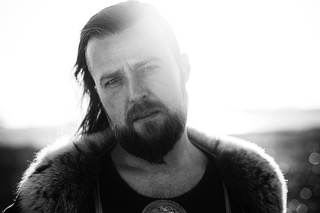 After being involved with Heilung for two years, and more recently with the worldwide-acclaimed movie The Northman as songwriter and actor, Jonas Lorentzen decided to focus on his own musical expression, based on a reimagination of Nordic Folk and spiritually driven music. The result is Nebala, spearheaded by Jonas Lorentzen, but assisted and graced by powerful talents such as Sebastian Gainsbourough (Vessel, The Northman, Manchester Collective), Kjell Braaten (Wardruna, Origami Galaktika) as well as non-musician minds assisting in the conceptual development, Doctor Mathias Nordvig (Professor of Pre-Christian Religion at CU Boulder) and Philosopher Naina Gupta (University of Kingston).

Nebala unveils today the new single “Ant Mér Sjalfri Þér”, a song about unfulfilled love, desire and longing consuming us. It refers to the myth in which Wōdan sought the Billingas magwia, the Maiden of the Fleeting Moment. In this myth, love and desire are ripped away from the ones who have let themselves be consumed. The artist also releases a new video, a short film in which the songs “Ant Mér Sjalfri Þér” and ” Laþu” merge to create “The Eternal Child”.

Jonas Lorentzen comments: “This is the entire art film as we originally intended. A story about a man trying to come to grips with his own demons and desires. Inspired by mythology and Jungian archetypes.”

“Lustuz Laþu Wōþuz Alu” is Nebala’s first full-length studio album and will be available as CD Digipack featuring an extensive 12-pages booklet as well as limited Black 2×12″ vinyl in Gatefold.

The album invites the listeners to dive into Old Norse Mythology. Nebala in Proto-Germanic means “the void”; the void through which all life originates. Sexuality is the essence of all life form. Through this album Nebala initiates sexuality into a space of sacredness. The title “Lustuz Laþu Wōþuz Alu” alludes to 3 stages of sexuality, fertility and love:

Lustuz: The desire to merge with the other and the romantic idealism of young love.

Lathu: The dark side of sexuality, the strife of lovers, the unrequited love, the pain of broken hearts and frantic frustration of unreleased desire.

Woduz Alu: The ecstasy, the true merging of lovers that dissolves all objectivity and releases the cosmic creative force.

Using traditional frame drums, lyre, tagelharpa, Tibetan singing bowls, and throat singing, Jonas Lorentzen has developed a unique Indo-Nordic sound for Nebala that toys with timescapes, soundscapes, and cultural boundaries to bring you back to the primordial experience of music itself.

He comments on the album: “When you let yourself be taken by desire and lust, you will be consumed by what the ancient Germanic peoples called Laþu. The ancestor of our modern word “to let,” laþu suggests giving into natural desire and emotion. When Wōdan sought the deepest knowledge of the cosmos he had to brave the dangers of the deep caves in Hnitbjörg and let himself be taken by the desire of Gunlaþu, the forceful goddess of the underworld.” 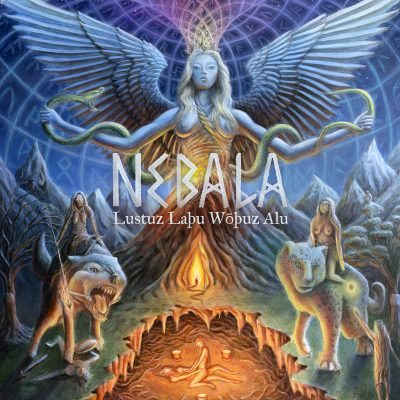 “Laþu” is a hard pounding chant of the dark desires of the soul. It’s an eerie exploration into the depths of human depravity, however through darkness one must travel if one wants to come into the light. The track, like most of the album, is heavy on vocals and drums, yet the ancient Nordic Violin, the Tagal Harpa plays a vital part, with its Harpyesque screeching and haunting sound.

The video is an intense, dark and magical journey from start to finish. Norwegian Director Christina Amundsen and Jonas Lorentzen, worked on the concept for about half a year, conducting research into mythology and Jungian archetypes. In this research period, Dr. Matias Nordvig, professor of pre-christian Religion and Director Robert Eggers (The Northman) gave some invaluable advice.

The Movie was shot in October 2021 in Ukraine with the Ukrainian production company Konon Rocks and features several talented Ukrainian performers and actors. The choreography was done by Stephen Moynihan and Marie-Garbrielle Rotie, the team who also was behind the choreography of The Northman.