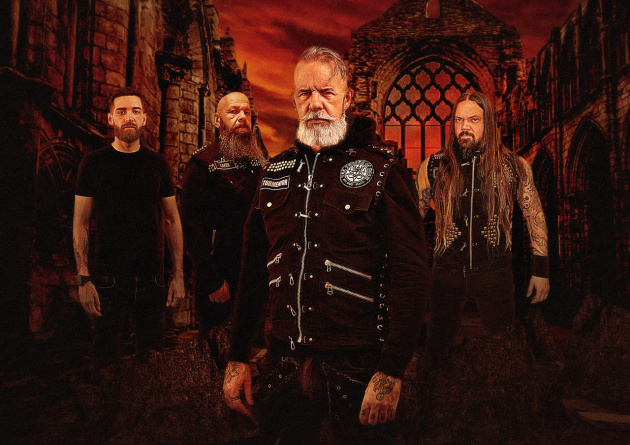 Following their critically acclaimed EPs The Rise Of Heresy (2020) and The Absence of Light (2021), which has been lauded by both the international music press and fans alike, on Antichrist Reborn the band revisits the essence of ‘80s-style death metal, exploring a more primitive sound that takes its listeners back to that era, while remaining fresh, genuine, and ferociously heavy.

In a recent statement, the MOONSPELL frontman and Alma Mater Records owner Fernando Ribeiro said about the band: “I have been a fan of Brazilian extreme music, namely Death Metal since the late eighties. It shaped me as a musician and as a metalhead as much or maybe even more than the the classic extreme Metal bands from Europe and the US. Antichrist Reborn holds the key to open the gates and unleash those demons upon us in 2022! It’s just the brilliant missing link between that past and the glorious Troops of Doom future. My head is in the clouds and I am totally psyched to have this top of the chain band in my label. You won’t believe how hellishly strong is this record, Troops of Doom will claim the title of best Death Metal album of the year!”

But convince yourself, as today THE TROOPS OF DOOM have unleashed a first single and music video for ‘Altar Of Delusion’,

Antichrist Reborn was mixed by Swedish producer Peter Tägtgren at the iconic The Abyss Studio and mastered by Jonas Kjellgren at Blacklounge Studio, Sweden. Featuring very special guest musicians such as João Gordo (Ratos de Porão) and Alex Camargo & Moyses Kolesne (Krisiun), THE TROOPS OF DOOM unleash true old school death metal in its purest form; dirty, primitive, and brutally powerful as it should be! The cover art was painted by Sergio “AlJarrinha” Oliveira, the artist behind Sepultura’s Bestial Devastation original artwork. 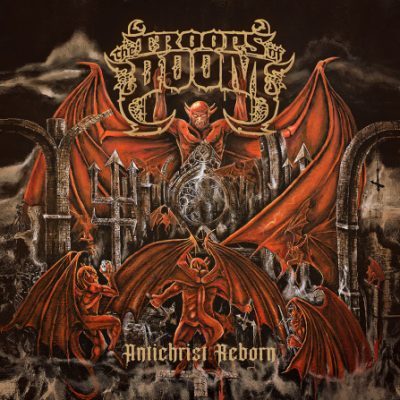 The album pre-sale of Antichrist Reborn has just started at THIS LOCATION!

THE TROOPS OF DOOM are:
Jairo “Tormentor” Guedz – Guitar