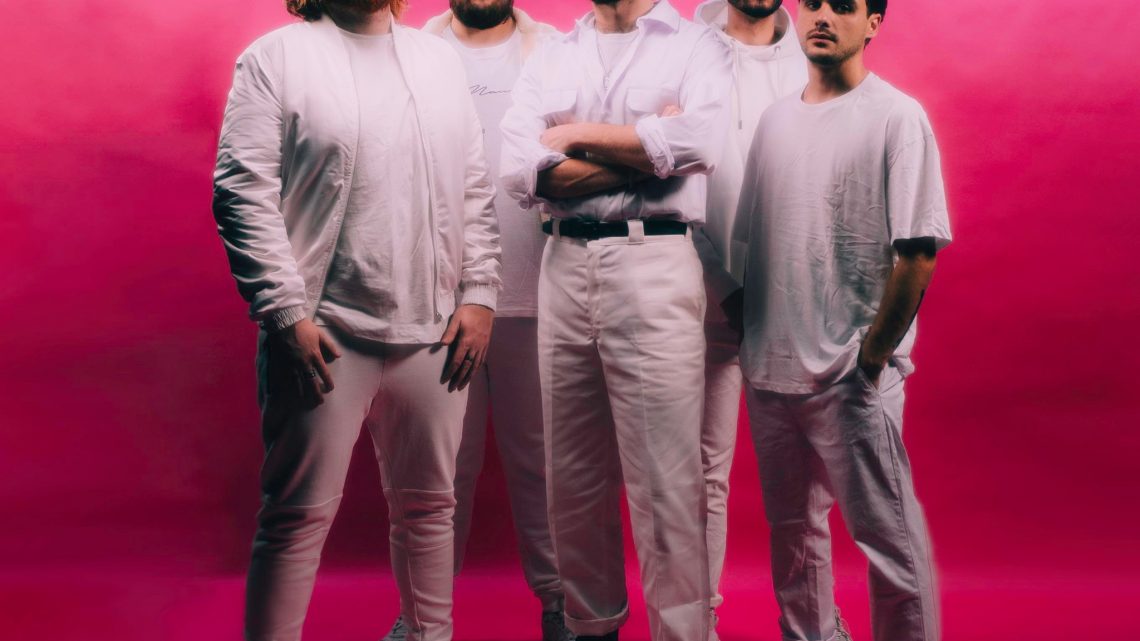 Since forming in 2015, this London based melodic metalcore 5-piece have been making strides in the alternative rock and metal scene. Extensive UK touring of their octane-fuelled live sets, along with the success of debut album ‘LOW’ (August 2019), which smashed into the top 5 iTunes metal charts, with a string of singles appearing in top Spotify and Amazon Music editorial playlists, has gained praise and recognition for CITY with peers and industry, and further cemented the loyalty and dedication of a growing army of fans.

2019 was a very busy year for the band, with appearances at a slew of UK festivals including Camden Rocks, Macmillan Fest, Burn It Down, Halloween, a fly in appearance at High Fives Festival in Sweden, a headline set in the Doghouse Tent at the revered Download Festival where an audience of 4000+ festival revellers got to witness CITY in full effect, and a sold out album release show at Boston Music Rooms in London.

Following the departure of long-standing vocalist Sam Stolliday the band unexpectedly found themselves in unknown territory, with a burning question – where do we go from here? 12 months on, the band are back with the introduction of new vocalist Oli Duncanson and ready to welcome a brand new era of THECITYISOURS.

“Oli has been a part of our team for a long time. He is a very well respected entity in his own right amongst the music scene, having toured as a photographer with bands such as Wage War, Oceans Ate Alaska, Our Hollow, Our Home amongst countless others. He was massively involved in bringing our creative vision to life on our first record and has toured with us a number of times, so the personal bonds were already very strong. We knew he had a voice in the locker. We’d seen snippets of his capabilities over the years, so when he registered an interest in becoming a part of CITY, we knew we had to explore it as an option.

We got him into the studio to demo a couple of tracks and clicked instantly. The vibe in the room was electric as soon as he opened his mouth. The power and raw emotion of his voice translated perfectly to the overall feel of what CITY was, but also opened up an exciting possibility to develop our sound in areas we had never explored before. We immediately knew we were dealing with something very special. The departure of Sam from the band left some very big shoes to fill, but we are confident that you won’t be disappointed with what’s to come from the new era of THECITYISOURS.” – Mikey Page

“The band and I have been good friends for years having worked for them or bands around them, be it on tour or creating their music videos for the last album, so in that sense I was fortunate to know the inner workings of the band before joining. I’ve always wanted to be part of a band but it’s always been something I was apprehensive to do as nothing previously ever seemed to feel right. I remember being shown some demos of some new songs prior to Sam’s departure and absolutely loving the direction and progression of the band’s sound so as soon as Mikey told me about the opening in the band, I knew I had to take a chance!” – Oli Duncanson

New single ‘Violent’ is the band’s first offering to feature Oli at the helm of THECITYISOURS and is a real nod to the angsty incarnation of the band.

“I think people have been a little cautious of bands like ours. We’ve always been a band that have bridged the gaps between genres and with its successes has often left people looking to others, perhaps afraid to admit they like what they’re hearing until its validated by one of their peers. ‘Violent’ is a line in the sand. It is the embodiment of our ethos of taking every element of our band to the next level and making a definitive mark with the dawn of a new era. As one of the heaviest tracks we’ve ever written, it starts hot and shows no sign of slowing down. Relentless angst from start to finish.

‘Violent’ is arguably our most honest account as a band to date. Betrayal was never something we’d really experienced before as a band, so dealing with events of this nature was a difficult but incredibly insightful process to experience. The progression from sadness to anger is always a difficult period to rationalise when contemplating the reasons for a

relationship collapsing. In many cases, it’s clear that there are reasons or regrettable actions to contextualise a series of events. However, it does not mean that they hurt any less. This track lays it all out on the table, with a hope to providing some kind of solace for the pain, before picking ourselves back up and coming back, stronger than ever before.” – Mikey Page

‘Violent’ is set to be released on 26th March via Arising Empire.

“We are ecstatic to have joined the Arising Empire family, amongst a roster of so many talented bands. The team at the label have been incredibly supportive of our creative vision for this record and allowed us to spread our wings to create a collection of music unlike anything we have ever attempted before. Some of our biggest influences have been associated with this great team over the years, so we are very excited to see what the future has in store.” – Mikey Page