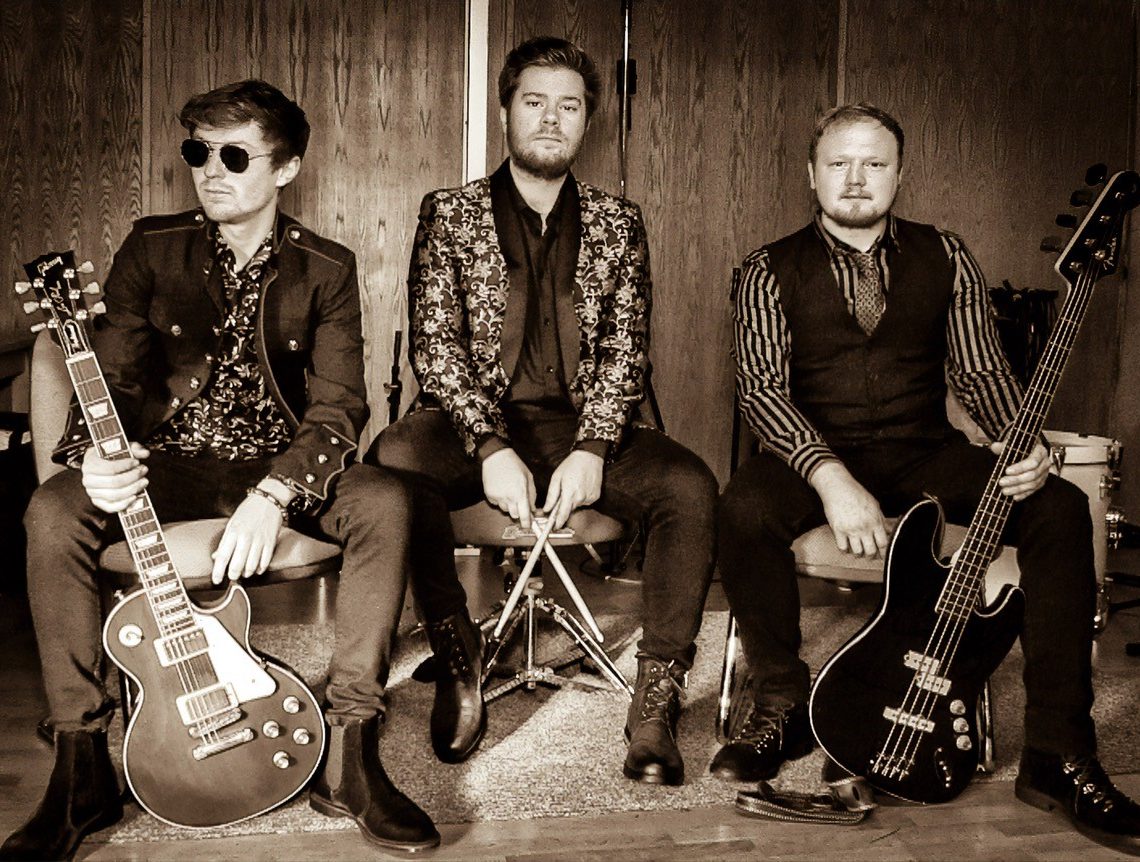 Rapidly rising new young hard rock trio Theia, who were due to support Magnum on their now cancelled UK & Irish tour, release their brand new ‘Eyes Like Fire’ single, (written by Magnum mastermind Tony Clarkin -the first time he has EVER permitted another artist to record ANY of his songs) today on WDFD Records.

Theia, who hail from Burton-On-Trent, so impressed Tony when they supported Magnum several times in 2019 that he not only offered his song to them, but also invited them to play as special guest act on Magnum’s entire UK tour, which was due to kick off on March 19th at Glasgow’s Garage and conclude at London’s Islington Assembly Hall on 4th April; Theia will still be on board when the Magnum tour is rescheduled for later this year.

‘The Ghost Light’, Theia’s third album, released in July 2018 via a fully-funded Pledge Campaign, spawned a host of superb reviews and a 13 date November UK tour supporting SKAM. ‘The Ghost Light’ was awarded ‘August Album Of The Month’ by greatmusicstories.com editor Guy Bellamy, who raved “Following the footsteps of 2017’s ‘Back In Line’ the new album represents another step forward. For me though it’s not more of the same, it’s not what I expected as a follow up. Whereas ‘Back In Line’ easily flowed, in an exciting, catchy but unchallenging kind of way, ‘The Ghost Light’ has a bit more edge and attitude. It needed a few listens, but that’s good. The bands I listened to 20 years ago that surprised – sometimes challenged – me with each successive album are bands I still listen to today. With ‘The Ghost Light,’ the sounds, the mood, the production – they all feel different to the last album. The edge is sharper, the feel more instinctive and the canvas broader.

There is more experimentation, greater eclecticism, more purpose and less politeness in the rock that’s delivered…. Theia is a band that will constantly evolve and at a time when many young bands can sound like a tribute to rock’s past glories, Theia will emerge as one of a handful of new rock bands whose music has the power to endure, to live through fashions and to appeal to new audiences. ‘The Ghost Light’ is a milestone for the band’s achievements to date and a calling card on the evolution that’s yet to come.”