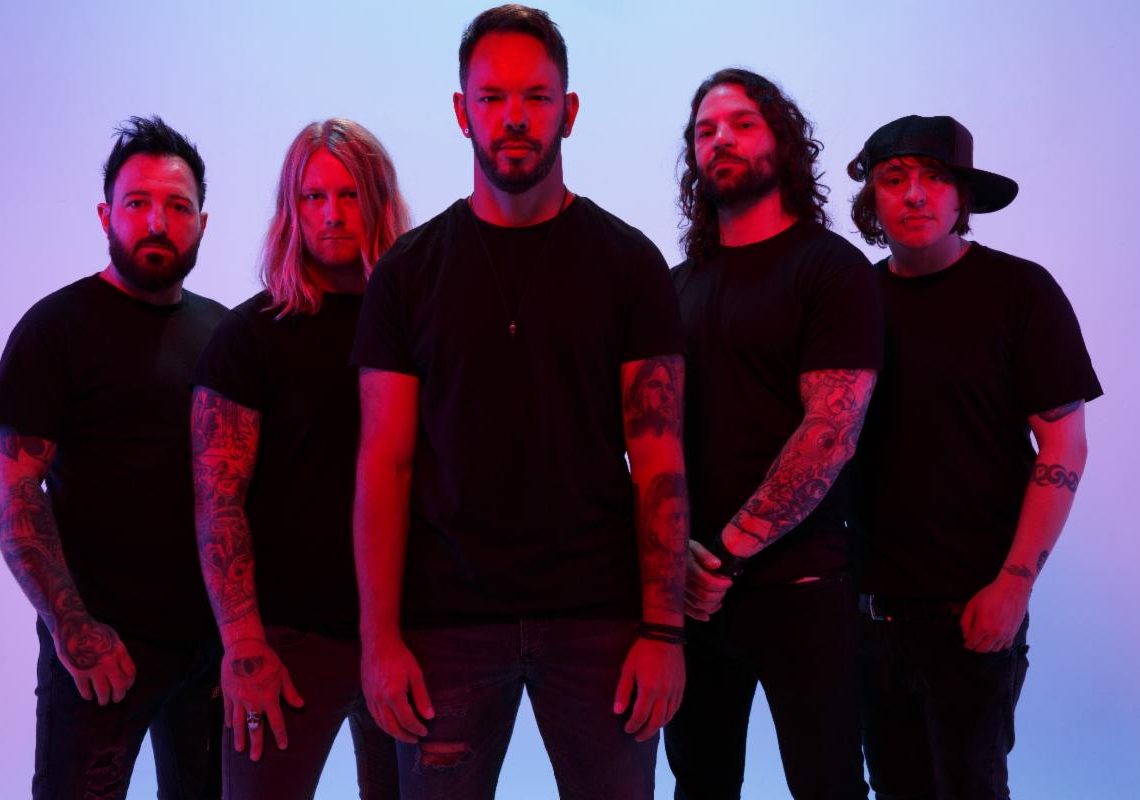 Frontman Shane Greenhall declares, “We are buzzing to join and share the stage with the awesome Monster Magnet on the UK dates of their tour. It’s another chance for our fans who missed out on tickets for our headline tour in Feb. We’re coming back to Scotland and are so happy to get the chance to rock out in Leeds again as well as playing one of our favourite venues in London……The O2 Forum!! Get those tickets and bring the noise crows!” 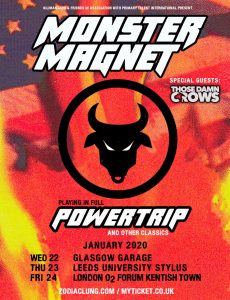 Get tickets here for the following MONSTER MAGNET dates: 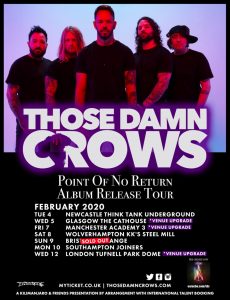 THOSE DAMN CROWS can also confirm that a number of their newly upgraded album release shows across the UK in February have now also sold out. Only a very few tickets remain now so don’t delay if you want to go!

The headline dates line up as follows:

Tickets can be bought from all good box offices and online from www.myticket.co.uk and www.thosedamncrows.com, priced just £10 (£12 London) + fees.

To celebrate the release of the Bridgend group’s second album, ‘Point Of No Return’, the band will also do a number of in-store appearances around the UK during the tour.

Please check with the respective retailers for full terms and conditions. More in-stores are expected to be added – for the latest info, keep an eye on the band’s official Facebook page here.

The LP follows 2018’s critically acclaimed debut ‘Murder And The Motive’ which went straight into the Top 5 in the Official UK Rock Charts.

The new album was produced by the legendary Colin Richardson (Bullet For My Valentine, Machine Head, Fear Factory, Sepultura), assisted by Chris Clancy, and recorded at Andy Sneap’s (Judas Priest, Trivium, Killswitch Engage, Opeth, Megadeth) Backstage Studios. It features thirteen blistering tracks of modern hard rock. To give fans a taste, the band have shared the album’s first three songs. You can listen to epic tracks ‘Who Did It’ at https://youtu.be/TSdC7U7J-JE, ‘Set In Stone’ at https://youtu.be/N34roVEh3hE, and ‘Sin On Skin’ at https://youtu.be/gB1sSgbx2Aw.

‘Point Of No Return’ is available to pre-order now in a range of formats, including limited edition signed CDs and purple vinyl with guitar pick while supplies last. Order now at https://smarturl.it/TDC-PONR and http://earache.com/tdc. The signed blue vinyl package is now SOLD OUT.

‘Point Of No Return’ Track listing:

Hey Man (Look At Me Now)

Devil In My Pocket

No strangers to triumphant festival sets (including Download earlier this year), THOSE DAMN CROWS will also headline Friday 28th February at the Planet Rock Winter’s End festival. The band just completed UK shows with Skindred and Funeral For A Friend and performed at Hard Rock Hell, Monsterfest, and Winterstorm, plus a last minute fill-in appearance at Rockstock.