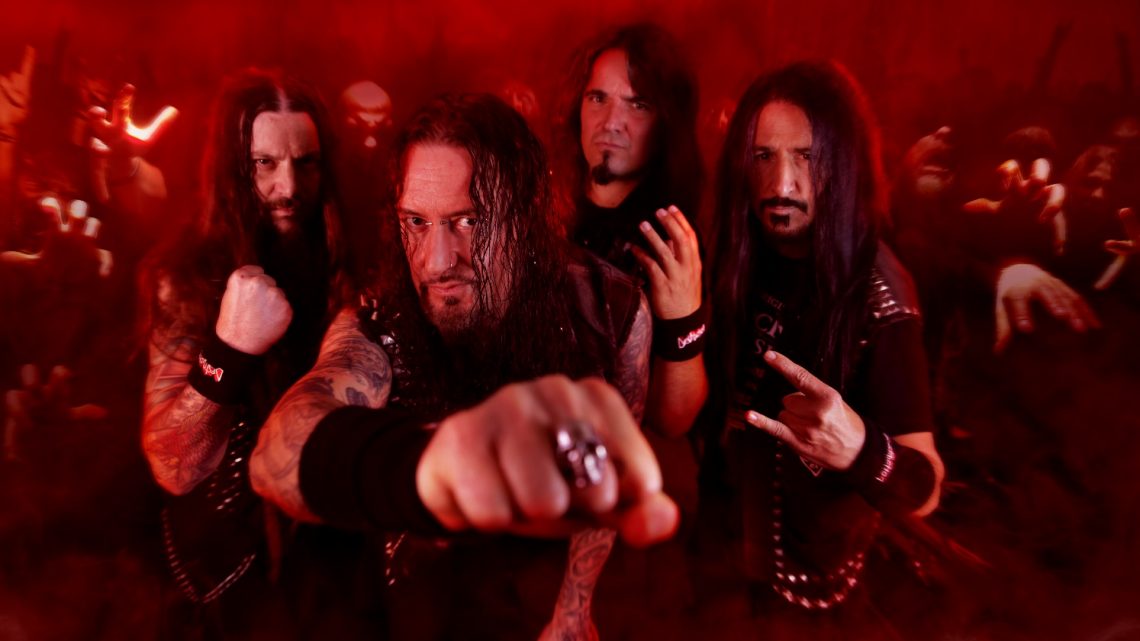 German thrash metal veterans DESTRUCTION celebrate their 40th anniversary by setting the world ablaze with a new, hard-hitting grenade in the form of their new album, Diabolical, out April 8, 2022 via Napalm Records!

As one of the most legendary German thrash metal bands in existence, DESTRUCTION grace the wall of fame alongside giants like Kreator, Sodom and Tankard. On their 15th studio record, DESTRUCTION brings out heavy artillery full of honest and uncompromising thrash metal, catapulting you straight into the seventh heaven of metallic bliss and causing a massacre of razor-sharp sound no fan of the genre should miss! The title track “Diabolical” shows no mercy, showing us a glimpse of what DESTRUCTION have in store for their upcoming album Diabolical!

DESTRUCTION singer/bassist SCHMIER about the video:
“I love the title track of the new record, it represents the album, pure old school and in your face Thrash Metal! We wanted a video that shows our trademarks, so the MAD BUTCHER had to be there! It is only his second appearance in a DESTRUCTION video ever but his most remarkable one so far for sure!”

Delivering the most brutal thrash metal for over 40 years!

After the charging start of opener “Under The Spell”, DESTRUCTION shows no mercy on title track “Diabolical”, with raging drums, bloodthirsty riffs and hellish vocals that sink deep down into your bones. “No Faith In Humanity” relentlessly rages on with non-stop headbanging action, while DESTRUCTION continues to smash eardrums on “Hope Dies Last” – providing unbeatable brutality with unstoppable speed, destructive verses and screeching voices. “Tormented Soul”, on the other hand, is loaded with proper heavy metal and explosive drums. The grand finale of the 47-minute parade of devastation is provided by cover track “City Baby Attacked By Rats”, originally by GBH, guaranteeing whiplash by combining rough hardcore punk with brute thrash metal. 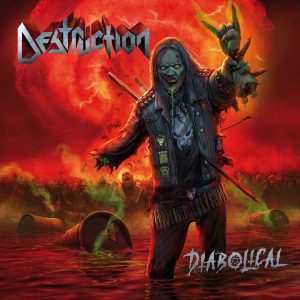 DESTRUCTION riffkiller FURIA about the new record:
“Diabolical is an album of extremes, everything is more brutal and more technical but at the same time more melodic and to the point. It’s a pure and devastating DESTRUCTION album with no gimmicks, full of power and adrenaline. I’m excited for what the future is bringing and can’t wait to play the new songs live!”

Diabolical will be available in various formats in different territories, including a digital album and CD (bundled with a t-shirt + an exclusive “Mad Butcher”-bust), 1LP gatefold editions in black, crystal clear and marbled yellow/red! 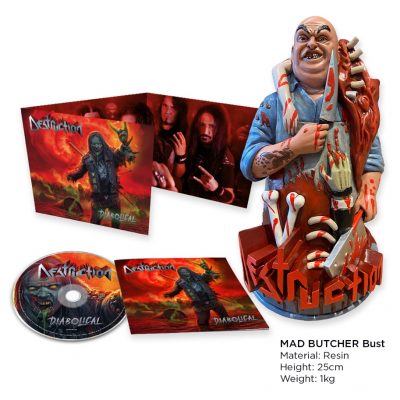 Happy Holidays! ‘Let’s All Get Together and Fight’