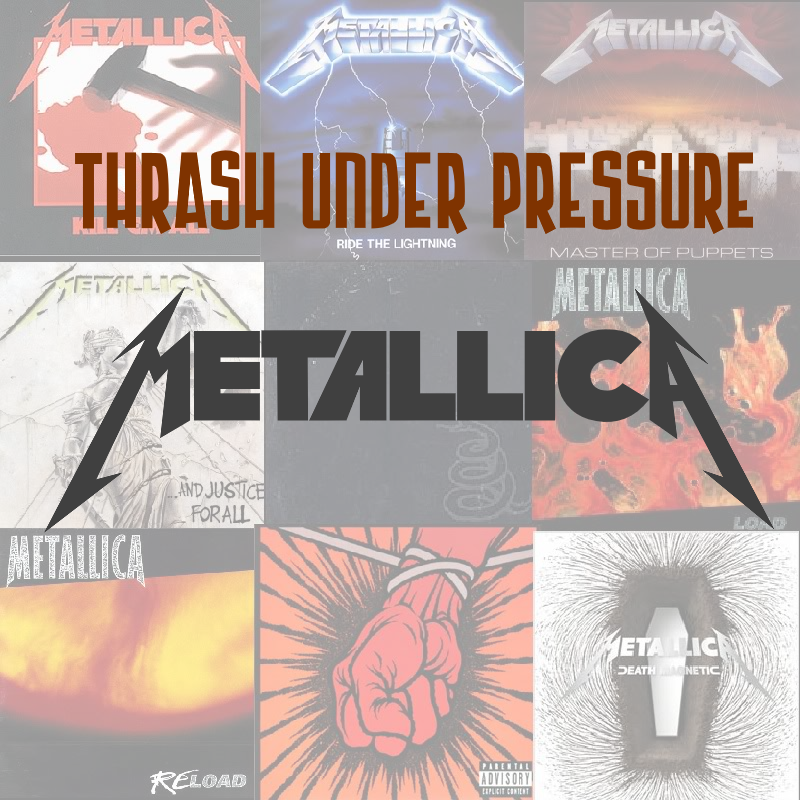 A look back at the magic of the beginnings of thrash metal can only begin with one band, the undisputed kings of the genre – Metallica.

They really are undisputed, as worldwide album sales of over 100 million and a list of festivals they’ve headlined that is second to nobody clearly prove.

Whether you think they’re the best band ever is all subjective, of course. The fact of the matter is, they blazed a trail which is still relevant to this day.

Having achieved worldwide fame and boosted their fanbase beyond compare with 1991’s album – which is either self-titled, title-less, or called The Black Album, depending on which way you look at it – they pretty much stopped being a thrash metal band and became that awful generic thing: a rock band.

Load and Reload followed the success and were universally panned by long-time fans. St Anger didn’t do much to restore the faith and 2008’s Death Magnetic was seen as the band finally moving back in the right direction for the first time in 20 years. An ill-advised collaboration with Lou Reed removed a lot of the shine from this.

Prior to The Black Album, they were also a little bit hit or miss at times. …And Justice for All was quite a dividing point. It was like metal Marmite and fans either loved or hated it.

For those who don’t know the full story, Justice was the first album to feature bassist Jason “New Kid” Newsted. He had replaced the legendary Cliff Burton, who was tragically killed in a Swedish bus accident, and rumour had it that the band didn’t care too much for him. The bass on Justice is almost non-existent, possibly suggesting that without Cliff there might as well be no bass.

Indeed, the era of Cliff Burton threw up three albums which are all considered classic.

Master of Puppets and Ride the Lightning are most fans’ favourites and are both behemoths of metal. There is a feeling that saying either of these albums are best is akin to saying that Fairytale of New York is the best Christmas song ever – it’s what you’re expected to say, because they’re the “cool” choices.

To fully appreciate Metallica as a band though, it’s necessary to go all the way back to 1983 and listen to their debut, Kill ‘Em All.

This is where it all started – both Metallica’s career and the birth of thrash metal. The songs are fast and relentless and the attitude is all “fuck you”.

This was an age where there were no orchestral parts, no five minute acoustic guitar thing before the song actually starts and no bloody ballads.

They even made a bass solo sound exciting. Who else has ever managed such a thing?

The whole album was greatly influenced by New Wave of British Heavy Metal and incorporated huge elements of hardcore. In fact, if a band like D.R.I. had made this record ten years later, it would have been described as “crossover” and nobody would have batted an eyelid.

But in 1983, this 51-minute long-player was a lot more ground-breaking than those associated with it might have thought. See how many of today’s new releases you’re still listening to in 2047 and you’ll get it.

The band understand the importance of this album and still include Seek and Destroy and Whiplash as staples of their live set. Even better than that, they masqueraded as an unknown band called Dehaan and performed the album in its entirety at their own festival, Orion Music, to mark its 30th anniversary.

Put them on your playlist: Motorbreath, Metal Militia