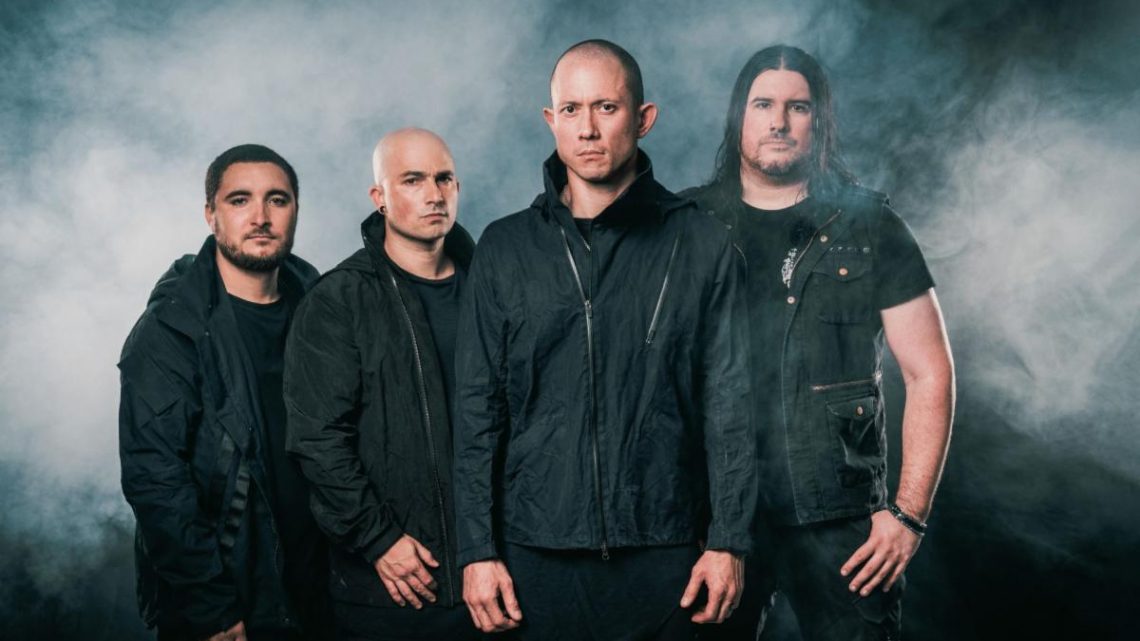 22nd October 2021 0 By John Deaux
Florida metal titans TRIVIUM — Matt Heafy [vocals, guitar], Corey Beaulieu [guitar], Paolo Gregoletto [bass], and Alex Bent [drums] — have unfortunately had to postpone their intended UK/European headline tour, due to kick off in November.
Paolo Gregoletto explains, “We are deeply disappointed that we have to postpone these dates as we were determined to be one of the first international acts to resume touring across Europe.  Unfortunately with the uncertainty of cross border travel and restrictions it’s become impossible for these dates to proceed as planned. We can assure you we were doing everything up until the last minute to figure out a way to do the shows and it wasn’t a decision we made lightly. We appreciate this is a way off, but we promise to make it worth the wait and we have two new albums worth of material we haven’t toured yet to bring to you. We can’t wait to return and hope to see all of you at the rescheduled dates!”
The new dates for the ‘Dead Men & Dragons’ tour are as follows:
Thu 12th Jan 2023 – GLASGOW O2 Academy
Fri 13th Jan 2023 – BIRMINGHAM O2 Academy
Sat 14th Jan 2023 – MANCHESTER O2 Victoria Warehouse
Sun 15th Jan 2023 – LONDON O2 Academy Brixton
All tickets from the original dates remain valid for the rescheduled shows. Buy tickets here.
TRIVIUM are pleased to confirm that HEAVEN SHALL BURN remain special guests for the rescheduled dates. When the tour was first announced, TRIVIUM declared, “It is an honour to be touring with Heaven Shall Burn. HSB was one of Trivium’s earliest introductions to Hardcore/Metalcore mixed with Melodic Death and Death Metal; with very important lyrics that dealt with society and the world as a whole. HSB and Trivium started off on the same record label back in the early 2000’s!”HEAVEN SHALL BURNguitarist Mark Weichert added, “There has been a strong and special connection between Trivium and Heaven Shall Burn since the earliest days. When we met Trivium for the first time, they were very young but already highly talented youngsters, today they’re a global power of metal. Over the years Heaven Shall Burn and Trivium destroyed small clubs and demolished big arenas together, we had great times together in both Saalfeld and Sydney. We´re proud and touched, that our common history is now being continued and we finally tour Europe with the guys again.”
Joining them now to open the heavy metal festivities, will be hotly-tipped British beasts MALEVOLENCE. TRIVIUM frontman Matt Heafy enthuses, “Meet Malevolence – a band that will take over the heavy music world. Paolo introduced me to their music, and I have had it on repeat ever since. Malevolence have created a sound completely and uniquely their own; and it’s monumentally fantastic. Mark my words, they’re gonna take the metal, hardcore, metalcore, and punk worlds over by force. We are excited to have them on our tour.”
TRIVIUM’s tenth album, In The Court Of The Dragon, was released earlier this month via longtime label Roadrunner Records, and crashed in at #1 in the UK’s Official Rock & Metal Albums chart (#20 in the UK Top 100 Albums chart). Vinyl editions of the album will follow January 28th, 2022. The record was produced and mixed by Josh Wilbur and recorded at Full Sail University in Orlando, Florida.
Press hailed In The Court Of The Dragon yet another colossal triumph for the band, with Upset awarding it a full 5* rating, declaring “This is Trivium at the very top of their game. Pure unadulterated metal, this is gargantuan music for the biggest of all stages.” Powerplay (9/10) called it, “A truly fearless album…. stylish, inventive, and brutal as hell.” Metal Hammer (9/10) stated, “It’s hard to see who can compete with Trivium right now. In terms of a band playing contemporary, modern heavy metal, Trivium have been the best for some time. They still are, and In The Court Of The Dragon is a f*cking awesome heavy metal album.” “One of 2021’s most compelling pure metal releases,” raved Kerrang! concluding, “These are songs that are built to be played from the largest stages, and deserve to be.”
IN THE COURT OF THE DRAGON TRACK LISTING: