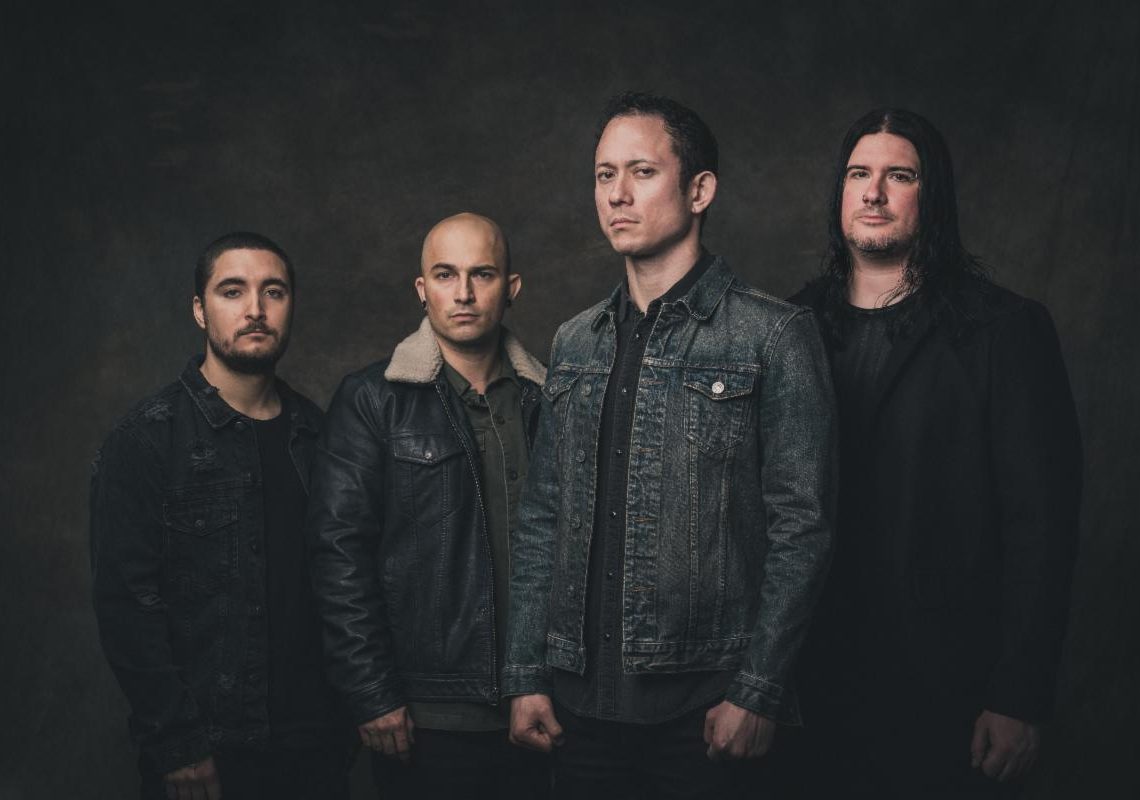 25th June 2020 0 By John Deaux
On Friday, July 10th at 9pm BST, Trivium, the kings of streaming who have been embracing the art of the livestream for years, will play their first live show since the April 2020 release of their new album What The Dead Men Say.
This will be a brand new production and the arena-style visual show will stream globally from Full Sail Live, the state of the art event and broadcast arena at Full Sail University in the band’s hometown of Orlando, Florida.
Trivium will debut a new stage show that is cohesive with new album visuals and will perform songs from the new album onstage for the first time.
Pre-show festivities will kick off at 8pm BST (3pm EST) and will feature event host Terry Bezer of the Mosh Talks show on Knotfest.com who will lead viewers through interviews, clips from pre-production week, and an opening support slot from Reading, England’s Sylosis.
Tickets for the event are $9 and will be available at live.trivium.org on June 25th @ 5pm BST (12pm EST).
Exclusive limited edition event merchandise and VIP bundles can be purchased here:
https://store.trivium.org
A portion of the profits of the show will go to benefit the music therapy program at Orlando Health Arnold Palmer Hospital for Children, a non-profit hospital.
“We had to get creative when we heard there was no touring this summer,” the band explains. “We held off on the Zoom concerts and asked our creative/production team to come up with the biggest real-time live metal streaming event of the summer and what we now have to present to you is our show called ‘A Light or a Distant Mirror.’ This performance will be 100% live and is not pre-taped. We will have a brand new epic stage set and lights, and we will bring it 100 percent. We are thankful to our friends at Full Sail University, who are providing us a first class performance arena and the Maestro broadcast team for streaming our show to the corners of the earth! We hope you can join us.”
“Hosting this virtual concert with Trivium is a true full circle moment for us on numerous levels,” said Jay Noble, Full Sail University’s VP of Alumni & Event Production. “Before its release, the album ‘What The Dead Men Say’ was recorded on campus in our flagship professional recording studio, the Audio Temple, with Course Director Darren Schneider serving as a Recording Engineer. That experience allowed us to welcome home Full Sail graduate and Trivium guitarist, Corey Beaulieu, alongside the entire band including lead guitar and vocalist, Matt Heafy, who can recall recording at Full Sail during his teen years. Through our latest collaboration with Trivium, we are excited to bring this unique livestreamed musical experience to Trivium fans, our university community, and audiences around the globe, during a time when music is needed most.” 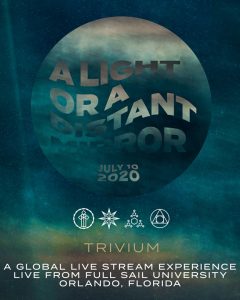 “Trivium: A Light or A Distant Mirror”
A global livestream concert experience
Live from Full Sail University, Orlando, Florida
July 10th, 2020, 9pm BST (4pm EST)
Grammy-nominated Trivium — Matt Heafy [vocals, guitar], Corey Beaulieu [guitar], Paolo Gregoletto [bass], and Alex Bent [drums] — released their ninth full-length, What The Dead Men Say, through Roadrunner Records on April 24. The album was produced by Trivium and Josh Wilbur and debuted at #12 in the main UK album chart (the band’s highest spot here in 14 years and during the pandemic lockdown), #35 on the Billboard Top 200; at #2 on the US Top Current Albums Chart, and at #3 on both the US Hard Rock Albums Chart and Top Rock Albums Chart. The band and album were praised by and featured in mainstream outlets like Forbes, Billboard, TechCrunch, and Kotaku, as well as Kerrang!, Guitar World, Metal Hammer, Rock Sound, Guitar, Revolver, Upset, Alternative Press, and more.
Full Sail University is an award-winning educational leader for those pursuing careers in entertainment, media, arts, and technology. Founded in 1979, Full Sail has received accolades throughout its 40+ year history, including most recently: One of the 2020 “Top Graduate & Undergraduate Schools to Study Game Design” by The Princeton Review, one of the 2019 “Top 50 Film Schools” by The Wrap Magazine, and the Florida Association of Postsecondary Schools and Colleges also named Full Sail the 2019 “School/College of the Year.”
Full Sail University is a graduate and undergraduate degree-granting institution offering on-campus and online degree programs in areas related to Art & Design, Business, Film & Television, Games, Media & Communications, Music & Recording, Sports, and Technology. With over 74,000+ graduates worldwide, Full Sail alumni have worked on countless award-winning projects with individual recognition including OSCAR®, Emmy®, GRAMMY®, ADDY®, MTV Video Music Award, and Video Game Award honours. For more information, visit FullSail.edu or join the conversation on socials at Facebook.com/FullSailUniversity and Twitter.com/FullSail.