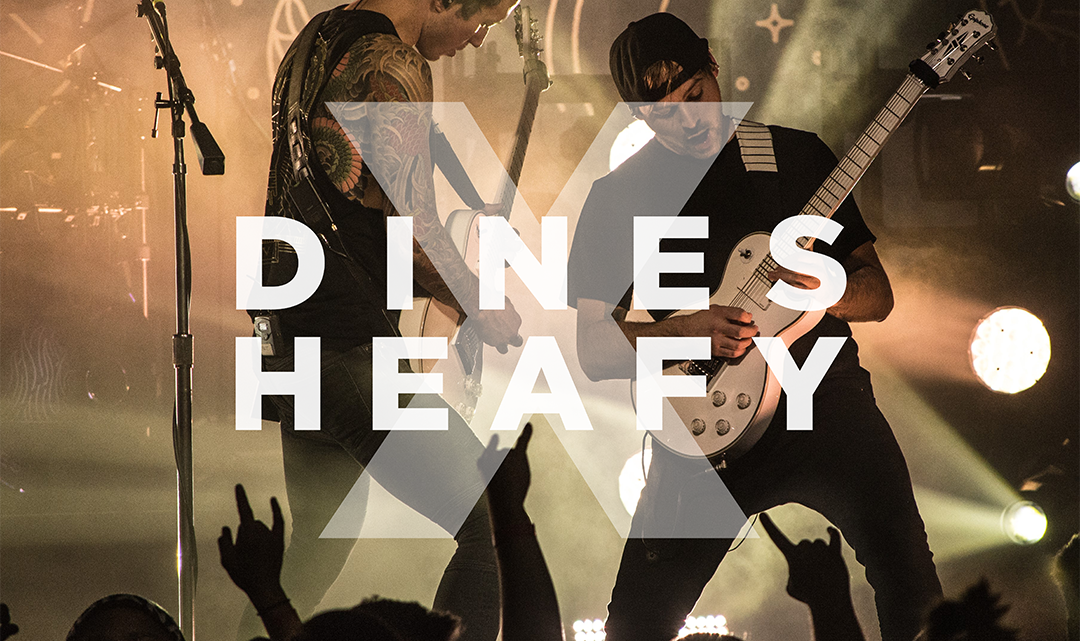 4th December 2020 0 By John Deaux
Modern guitar virtuoso / content creator Jared Dines and GRAMMY® Award-nominated Trivium frontman Matt Heafy have joined forces for the groundbreaking DINES X HEAFY EP. Bridging the gap between online content creators and recording artists, the five song EP is available today on all streaming platforms.
“Matt was pre-internet in the way he launched his career, releasing records, playing shows, and signing to a label,” observes Dines. “I’m post-internet in the way I launched my career by using YouTube, Facebook, and all of these other video apps. It is interesting to see the crossover though. Matt has done everything traditionally. At the same time, he embraced new technologies instead of shutting them out. By doing this together, we get to be in both worlds. The EP was recorded in a raw and real manner. So, it has a different element. It would be cool to show everyone it does not matter if you are a guitarist from Instagram or you are in a big band, you can do things together. At the end of the day, the goal is simple—we’re just trying to write good songs and create some cool shit.”
“Streaming actually helped me improve as a singer and as a guitarist, because I’m practicing all day in front of people,” exclaims Heafy. “The culture is very regimented. However, I have always had that mentality, because my mom is Japanese, and my dad was a marine. Now, it is a combination of three things: streaming, training, and Brazilian Jiu Jitsu. Those practices made me better at what I do and prepared me to jump into something new. I took a very different approach to DINES x HEAFY. It all came very organically without any planning.”
To celebrate the release, later today Dines and Heafy will unveil a music video for the single “Dear Anxiety” via Dines’ YouTube. On the track, airtight riffing collides with a seismic refrain upheld by Heafy’s soaring delivery. It spirals out into a flurry of soloing.
Dines and Heafy first crossed paths back in 2017 when Heafy blindly messaged Dines on social media. He went on to participate in Dines’ popular “Shred Wars” series, amassing 2.2 million views on their matchup. A year later, Dines filled in when Heafy exited Trivium’s autumn US tour to be present for the birth of his twins. Around the same time, Dines shared a folder of ideas and set the stage for what would become DINES X HEAFY. Mixed by Will Putney, Dines laid down guitars, bass, and drums in Washington, while Matt handled vocals and select solos in Florida. They unlocked an inimitable chemistry, striking a balance between arena-ready hard rock hooks and technically proficient, metallic fireworks. 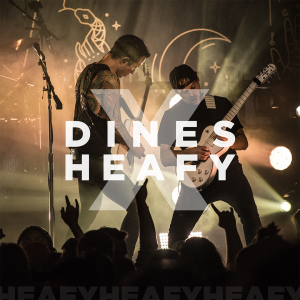 1. Dear Anxiety
2. Can We Turn Back Yesterday?
3. Dying At The Sight Of The Rain
4. To Save Me From Myself
5. We Lost It All
ABOUT MATT HEAFY:
GRAMMY® Award-nominated Trivium frontman, vocalist, guitarist, and producer Matt Heafy extends a fascinating presence beyond music. Among rock artists, he remains one of the most trafficked and consistent Twitch streamers with 189K followers on the platform in addition to his 358K Instagram followers (and another 177K on Facebook). Renowned for viral covers as well as impeccable video game acumen, he engenders fervent interaction. As a solo artist, he has racked up millions of streams on “Toss A Coin To Your Witcher” and “My Mother Told Me.” Simultaneously, he distinguishes himself as a passionate foodie and skilled chef with appearances on Taste of Metal alongside Chef Brian Tsao and numerous cooking videos and food photos regularly posted to his Instagram followers. Outside of Trivium, he has collaborated with everyone from platinum sensation DragonForce to black metal pioneer Ihsahn and active rock phenomenon Ice Nine Kills. The Japanese-born “Renaissance Man” resides in his native Florida with his wife and toddler twins. His presence continues to grow.
ABOUT JARED DINES:
Dines has redefined the very idea of a guitar hero online. His YouTube channel boasts a staggering 2.88 million subscribers and 680 million views and counting. He also has collaborated with everyone from Post Malone to Breaking Benjamin. His recorded output includes Rest, Repose, Daddy Rock, and Dissimilator, to name a few. He made history as “the first YouTuber” to grace the cover of Guitar World magazine. Meanwhile, he teamed up with Music Man for a signature Stingray guitar.