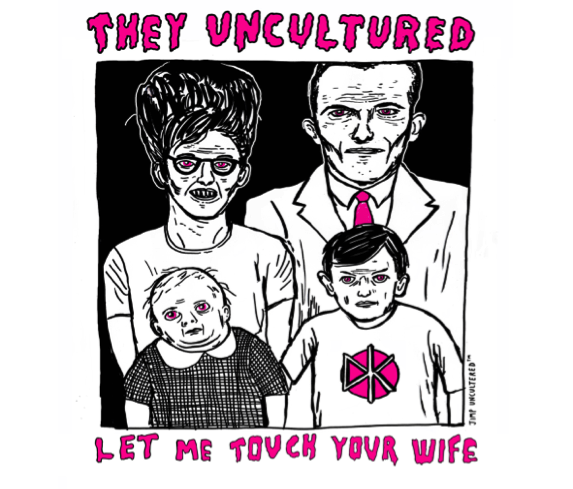 London 5 piece They Uncultured are set to release their second single ‘Let Me Touch Your Wife’ on 8th September 2017.


The band who all hail from London have just completed a string of successful UK shows, including a jam packed Belushi’s show at the Camden Rocks festival in support of their radio hit ‘Bark Like A dog’ which spent a staggering 11 weeks on the Planet Rock playlist (unheard of for a brand-new band!)

New single ‘Let Me Touch Your Wife’ is an alt-rock-pop masterpiece which echo’s the likes of Pavement and Ween, mixing sludgy guitars, melodic bass with erratic and fuzzy vocals and humorous lyrics “…I’ll supply the wine, you supply your wife” proving They Uncultured drink from the same well of invention as early Flaming Lips and The Dead Kennedys.

The bands debut album is set for release on the eve of Halloween of this year. The album was recorded over a period of 2-3 weeks in the summer of 2016 at Ramshackle studios in south west London. The record was produced by Dave Uncultured.


THEY UNCULTURED
Who are They?….
Scunge rock dystopian superheroes…

Here’s to the forgotten majority of…
Boiled minds force fed fictional news
Of misanthropic tendencies
Obsessions, sex, money, ego
Unable to achieve
Sown seeds of doubt
So they stand silent,
Congregating walking, talking midlife crises yearning for a past
An army of Bickles, Batemans and Loudermilks
Making the papers for all the wrong reasons
But who’s to blame?
Who are They? 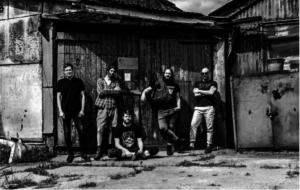 CategoryNews
TagsLet Me Touch Your Wife single They Uncultured