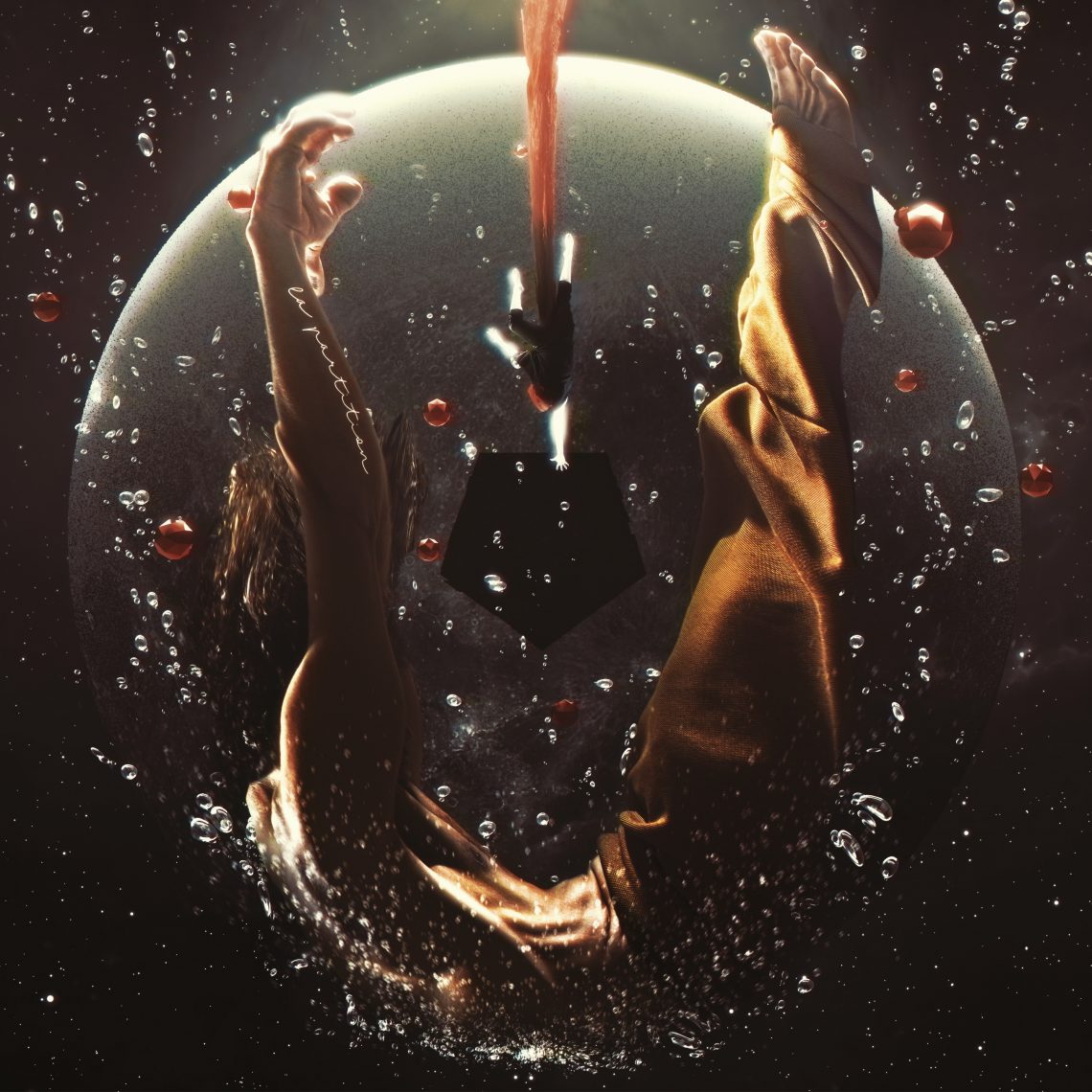 Five years are a fucking long time in the music industry.

It has been five years been since French alternative progressive rockers Uneven Structure released their debut album, Februus. Apart from a re-release of their debut EP in 2013, music from the French metal outfit has been very scarce over the past few years. For those who don’t know Uneven Structure are a progressive metal outfit. Think TOOL but a little heavier with some visceral screams thrown in there for good fun.

Their second album La Partition is a concept album that is split into three sections, with three songs per section. Each section tells a small part of the overarching story of the album. La Partition at its best is a fucking monster that demands you give the album the patience and respect it deserves. Unfortunately a few missteps in creativity and a few song that play it safe, stop La Partition from being the genre defining monster it could have been.

The first section of the album is made up of Alkaline Throat, Brazen Tongue and Crystal Teeth. The album opens with an absolute belter of a tune, Alkaline Throat. The song opens the album with a very brief build up which disappears almost instantly and is replaced with some of lead singer Mattheieu Romarin’s powerful clean vocals.  Uneven Structure are known for their use of soundscapes and slow build up’s so the quick entry of this track took me back a little on my first listen.

Alkaline Throat sticks true to Uneven Structure’s signature use of extremely low tuned guitars. However, on La Partition these low deep guitar tones are used to create melody and rhythm rather than the chug and go style of Februus. At some points during Alkaline Throat the guitar parts have an almost industrial feel to them, this really adds a depth and different dimension that wasn’t present on Februus. The song kicks off the album on a high which unfortunately fades slightly as we continue further into section one of the album with Brazen Tongue and Crystal Teeth.

Don’t get me wrong Brazen Tongue and Crystal Teeth aren’t bad songs, they are just okay. For a band so progressive and experimental, both Brazen Tongue and Crystal Teeth take very few risks. Both songs continue with the same ‘balls to the wall’ style as Alkaline Throat. This doesn’t mean by any standards that the songs are bad, I just wish they would have been a little more experimental in guitar style and vocal range. The use of keys in the first part of the album is used to great effect and compliment the guitars and drums perfectly. One thing to note on the first section is the album is that screams are used VERY sparingly.

After a brief forty-second blast of ever-increasing static noise (who doesn’t like fucking static blaring down their ears) the album enters part two. THIS is where the album really begins to step up to the mark and show what Uneven Structure are capable of. Incube is the lead single off of the album and kicks of section two with a bang. Incube starts off slow with a rhythmic guitar and drum beat that brings back memories of listening to SCHISM for the first time. After a couple of minutes of this slow build up rhythm the track explodes. Screams tear out of the track and bring a much-needed shot of energy into the album. We really feel here just how much the first part of La Partition lacked from trying to stay away from screams, here they take the album onto another level entirely. Each instrument seems to step up for part two of the album. The strings, guitars, drums and keyboard all combine to create a crescendo of noise which is quite simply put, EPIC.

This leads perfectly into Succube. Succube is a slower track and is the closest song on the album to anything from Februus. This is probably the most experimental track on the album and its placement is slightly jarring next to powerhouse of Incube. The two songs contrast each other so much that the change of pace and style slightly takes you out of the experience that the album is trying to provide. Succube certainly warrants a few listens before it begins to show all of its secrets. Funambule is the final part of section two, and it’s a fucking monster. Funambule is easily the heaviest song on La Partition and helps rebuild some of the lost momentum from Succube. The band stated before the release of La Partition that the album would include a ‘death metal’ track, THIS is that track. The drums are ferocious throughout the song and you can really feel them kick into another gear entirely on Funambule. For the fans of the heavier stuff, this is the song for you.  Part two is definitely the high point of the album.

Again we take a short break of atmospheric filler before we begin part three of the album which includes The Bait, Our Embrace and Your Scent. The Bait starts with a minute slow tempo build-up of keys and drums and is a welcome relief after the beast of Funambule. After a slow first half to the song in which rhythm and vocals are allowed to shine, all hell breaks loose. Guitars start to shred and screams take this track onto a higher plane. The Bait is another standout moment off of La Partition and shows the band at their best. Unfortunately, the same cannot be said for Our Embrace and Your Scent.

The final two songs on the album are unfortunately my least favourite tracks on the album. After the beast that was part two to the album, part three feels a little stilted and forced. Both Our Embrace and Your Scent play it safe and bring nothing new to the album. Both songs are solid efforts but fall flat after the high point of The Bait.

Overall the album is, in parts, a brilliant effort which shows how Uneven Structure can be a leader of the progressive metal genre. However, a few missteps and a few songs that play it safe stop the album being as good as it could be. The album isn’t as good as their first effort Februus but it’s mighty close. Some of the songs on here as good as any progressive metal songs I have ever heard. Any fans of progressive rock and metal music should give this a go