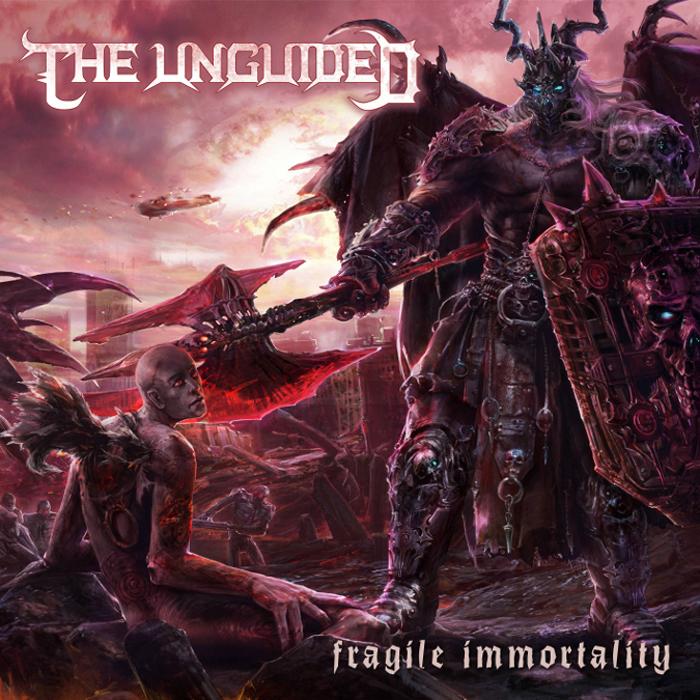 Another day and another album to listen to so I can tell all my followers if it’s any good or not…I am sat on the tram listening to the latest THE UNGUIDED album ‘Fragile Immortality‘ and hopefully blocking out the inane chatter of the morning commuters! According to the adverts for THE UNGUIDED they play “melodic death metal“, so I couldn’t wait to pop this album on…I grew up listening to bands like AT THE GATES, DARK TRANQUILITY, IN FLAMES, AMORPHIS and so on…along with a lot of death & black metal bands.

So how does this new brand of melodic death metal hold up to the greats? Well it sadly doesn’t and my little brain is confused? Don’t get me wrong I wasn’t expecting a master piece like “Slaughter of the Soul“, “The Jesters Race” or “The Gallery” (although it would have been nice!!!). No when I click play after inserting my headphones I am introduced to a techno keyboard and then a crunchy riff and death metal growls! The song continues along in this vein for a while and then slows down to poppy metal and has clean vocals thrown into the mix!!! The death metal vocals are all done quite well and even the clean vocals are good and in parts they mix so well. However the keyboard is the main driving force of the song and the guitar and drums rarely shine! The second song starts with the keyboard again and am beginning to think this might be a long journey!!! However in ‘Defector DCXVI‘ the keyboards aren’t the main driving force in the song and the guitarist gets a solo in and the drums pummel (a little) and the bass rumbles before being choked out towards the end of the song by the keyboards, that get more prominent. Then as I feared the 3rd song starts off with a keyboard intro before the drums enter and the guitar solo riff kicks in!!! The only songs that don’t start with a keyboard intro are ‘Unguided Entity‘ and ‘Carnal Genesis‘, however it isn’t long before they rear their ugly head.

Before people think am a philistine and hate all keyboards etc in metal, please can I add that I love keyboards when they are added to music to add atmosphere and ambiance (ala black metal and fantasy power metal) or just to give that something extra to the music (FEAR FACTORY ‘Demanufacture’ album is a great example of this). However THE UNGUIDED heavily rely on the keyboards and everything else seems to be a complement to them, instead of the other way round. No with this down as ‘melodic death metal’ it is not what you expect…yes they are shining moments on this album, however it feels to commercial and poppy and a good example would be to think of a band trying to the heaviest band on KERRANG music channel.

Every song is just the same and its glossy over produced commercial metal songs that sound like a poor hybrid between poppy metal and dance music. There is nothing extreme or melodic death metal about this release its about as extreme as eating a korma in an Indian restaurant. If you do like this music then I would recommend you check out label mates DEADLOCK. 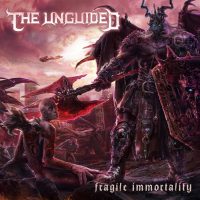 Amok – Somewhere in the West